Bargain of the Century 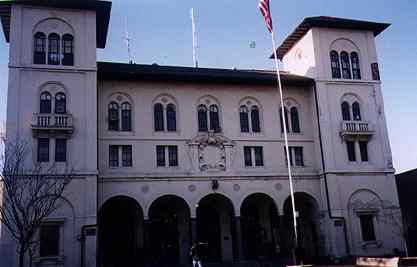 The #2 and #5 north from East 180th Street to Dyre Avenue wasn’t always a subway. It used to be a full fledged railroad.

In the early 1900s, the directors of the New York, New Haven and Hartford Railroad (which today is part of Metro-North) wanted to expand their operations into The Bronx, which was only then beginning to shake off its rural reputation and become urbanized. The New York, Westchester and Boston Railroad emerged in 1906, guided by Charles S. Mellen. Mellen’s grand plan was to build a new station in the Bronx to rival the then-overtaxed Grand Central Station. Trains would terminate in The Bronx, and commuters would then transfer to the Bronx subways, which then cost only a nickel. Commuters would save a great deal on fares, since it cost a lot more to take the railroad all the way to Grand Central Station.

Mellen decided to make the N.Y. W. & B. the flagship of his master plan, and designed the route for efficiency and speed. It was a four-track route, built for heavy traffic, even though much of the route was then rural. It opened with great fanfare in May 1912, a month after the Titanic sunk. Mellen and other officials hoped that a successful railroad would trigger development in the Bronx that would make it look like midtown Manhattan. 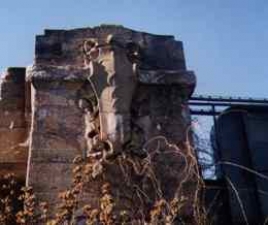 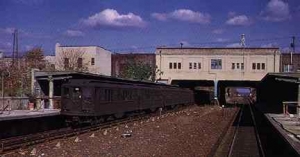 A series of fabulously ornate stations was built along the line, at E. 180th St, Morris Park, Pelham Parkway, Gun Hill Road, Baychester Avenue, and Dyre Avenue, at a time when other railroad lines settled for sheds or shacks for their stations.

The detail even was manifested in the designs chiseled in the concrete above station overpasses. The caduceus, symbol of the speedy Roman god Mercury, adorns the overpass (left) at Brady and Matthews Aves. in the Bronx. RIGHT: A fantrip special leaves the Gunhill Road station. 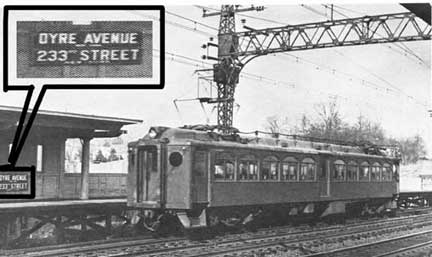 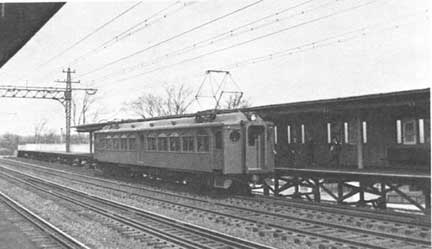 In these photos taken in the 1930s, the NYW&B takes power from the overhead catenary lines. After the conversion to the NYC subway, standard third rail power was introduced.

The master plan failed. Given the choice of higher fares for a one-seat ride to Grand Central, or lower fares for a transfer to the IRT in the Bronx, most commuters chose the former. The line continued to lose money until it finally closed down on December 31st, 1937.

In 1940, New York City bought the BMT and IRT and united them with its own IND subway line. Looking to expand, the city purchased the N.Y.W. & B. tracks for $1.7 million, a bargain, and moved to convert the tracks for subway use. Two of the four tracks were ripped up, BMT signals installed and the line became a shuttle service from 1941 to 1957, when the tracks were connected to the IRT north of the East 180th Street Station. There was finally a one-seat subway ride from the North Bronx to Manhattan!

The East 180th St. station has been converted to a police precinct. There are still N.Y. W.& B touches like the bust of Mercury (above) above the front gate.

Until recently, fares were collected on the train during late nights, just like on an actual railroad. This was discontinued with the MetroCard. 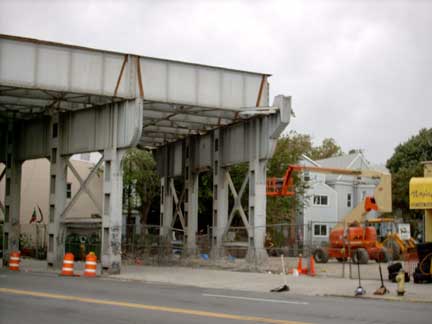 There are only a few vestiges of the N.Y. W & B remaining today. The caduceus (above) is one. Large stations at E. 180th Street and Morris Park, among the few original station houses left in the subway system (there are more on the D line in Brooklyn) are still standing.

Until recently, an MYW&B trestle crossed East Tremont Avenue south of East 180th Street station. It was torn down in September and October 2003 (above).

New York Subway Resources has set up an excellent site about the N.Y.W. & B. at http://www.nycsubway.org/nywb/

GREENWICH VILLAGE. Its back alleys and lanes

From 2000 until 2004, I was the Zone Superintendent for the Dyre Avenue line. I loved walking around the stations, looking at the artwork and detail work. It’s a shame that New York City Transit covered everything with paint and failed to restore physical deterioration. But, money came first. I can also remember working at the Baychester Avenue station, as a Railroad Clerk, in 1977. I had to “seal up” the booth window and put blocks in the turnstile slots and unlock all entry gates, in closing down the control area for the night. I then boarded the train, meeting clerks from Dyre Avenue, Gun Hill Road, Pelham Parkway and Morris Park stations taking the funds and receipts to 180th Street. We then deposite funds in the safe, at 180th Street. The conductor on that train had a Johnson Fare Box, to collect fares. A police officer stayed with the conductor until the booths reopened in the morning.

I have a copy of When the Westchester was New – A supplement to “Westchester’s Forgotten Railway” by Roger Arcara printed in 1964 in very good condition. If you would like it, please tell me where to send it. Thank you.

The Westchester, which was a New Haven Railroad subsidiary, terminated at the foot of the Bronx where passengers transferred to and from the Third Avenue El. It headed north through the stations in this article and peeled off on its own four-track mainline to what is now the Dyre Avenue (#5) line from 180th Street to the Bronx-Westchester border. 180th Street was its headquarters, and in 2012 it was restored (more like rehabbed) to something approximating its original grandeur. The station serves the current 180th street subway services as well as housing the transit police. The original NYW&B trackage has been removed (although the platforms remain, but off-limits to civilians), and had the long viaduct south of the station which connected the railroad to the New Haven’s line over the Hell Gate Bridge and to its own terminal was demolished in 2003. (NYW&B trains never crossed the Hell Gate.) North of 180th, the NYW&B ran through Mount Vernon and split with one branch going to New Rochelle and Port Chester, the other north to White Plains. It was a remarkable engineering and architectural accomplishment, but didn’t survive the depression. More at http://www.nywbry.com and https://westchestermagazine.com/publications/before-the-metro-north-there-was-the-new-york-westchester-boston-railway/