Ten-lane, pedal to the metal Woodhaven Boulevard in Queens … once a country lane dominated by horses and carriages? It’s true. And, the evidence is still there in plain view. 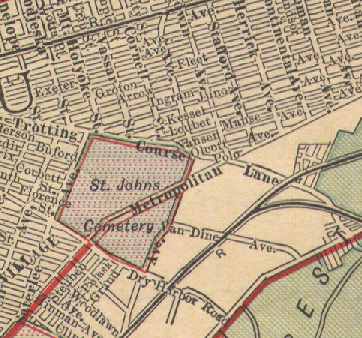 Look closely at this 1915 Hammond map of the Middle Village area of Queens, compare it to a present city map, and you will see that the course of today’s Woodhaven Boulevard was then known as Trotting Course Lane. Forest Park and St. Johns Cemetery are among the present sites that were there way back in 1915.

In the mid-1930s, the city changed the name of the road from Trotting Course Lane to Woodhaven Boulevard, and its character changed dramatically with the rise of the automobile. Its path was straightened and it gained additional lanes until it became the near-freeway it is today, with ten busy lanes of traffic.

But pieces of old Trotting Course Lane are still there… 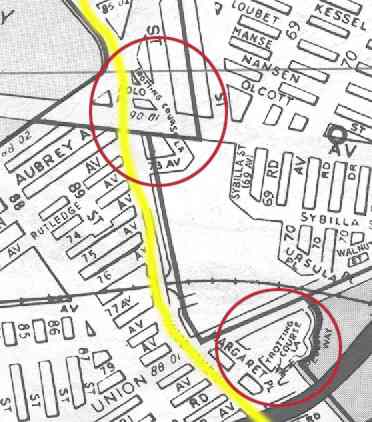 On this 1998 Hagstrom map of the area I have circled the two small pieces of Trotting Course Lane that are still there. The heavy yellow line is the present Woodhaven Boulevard; Trotting Course Lane follows the original course of the old road before it was straightened and widened. 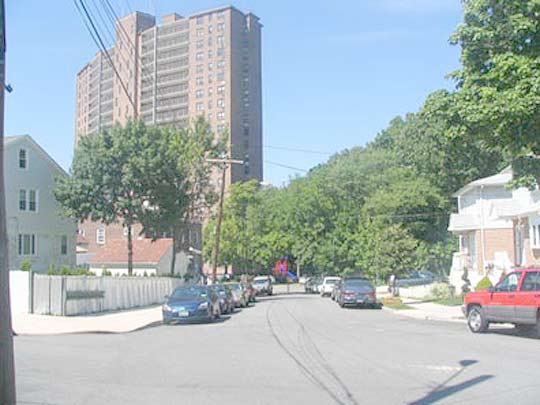 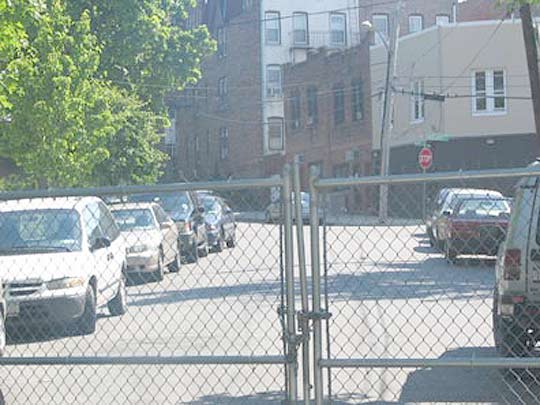 Wander a little north and you find a fenced off section. Keep going…it’s only for the cars. 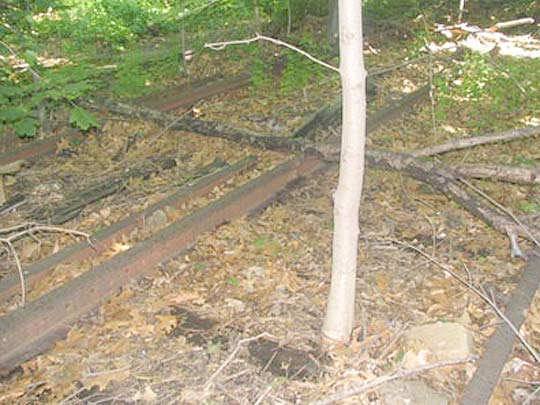 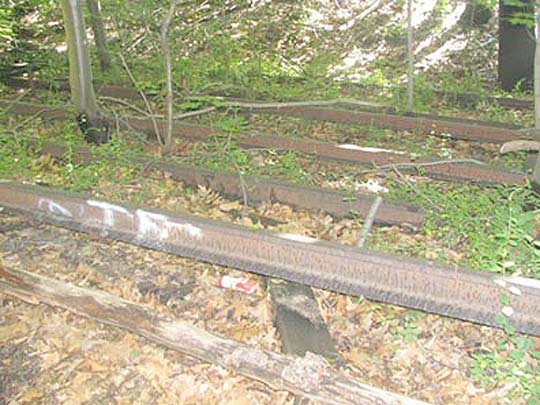 You stumble on some long-unused train tracks. These are part of the Long Island Rail Road Rockaway Branch, which stopped running in 1962. In 2012, there has been some talk about reactivating the route if a convention center and casino is built in Ozone Park. But take it to the bank — NIMBYism is one of the strongest forces in NYC and such a reactivation will never take place. 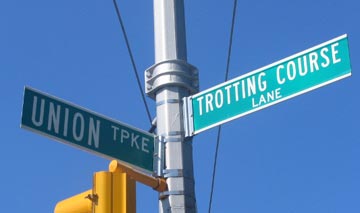 But Trotting Course Lane will continue to be a reminder of the rural, bucolic nature of the Queens of 100 years ago.

My grandfather told me how Trotting Course Lane was Woodhaven Blvd. The city and LIRR wanted to eliminate the grade crossing along the Montauk Line. And make it easier to extend the Rockaway Line into Rego Park. So they built a new road and overpass which is Woodhaven Blvd today. Looking at a map you can see how Woodhaven sharply turns at the Jackie Robinson and again at Yellowstone Blvd, whereas Trotting Course Lane would have been a straight continuation. The map you show above is pre 1900. It does not show the Rockaway Line north of the Montauk Line. I enjoy reading your articles. Viewing the past really makes you think.

Is it possible to post a more expanded map views for different perspective?

[…] ride down Continental Avenue to the Forest Hills Gardens Inn at the train station. Ever notice Trotting Course Lane when turning from Metropolitan Avenue towards the Home Depot in Glendale? Most of Trotting Course […]

[…] (next to Cavalry Cemetery), North Loop Lane (near Fort Totten), Traffic Avenue (in Ridgewood), and Trotting Course Lane. There’s also a “Zoo Bridge” which is just next to the World’s Fair […]

Is it possible that the name is because it led to the Centreville Trotting Course? I have not seen Union Race Course called a trotting course. In the map I have pasted links to below, I found Trotting Course Lane in the New Towns map but when the road entered Jamaica it is called Flushing Ave. Flushing ave does not touch Union Course but it does end at the Centreville Trotting Course (1820’s to 1880’s, near woodhaven blvd and Rockaway blvd., The map has it listed as property owned by I. W. Someredyke ) .