Are trolleys truly extinct? According to the City of New York, they are. But for a brief shining moment in Brooklyn, they weren’t.

There was a Jurassic Park-like experiment that went on in remote Red Hook, Brooklyn, where a Flatbush resident named Bob Diamond dreamt of returning trolley cars to their rightful place on the streets of Brooklyn, where they ran for the greater part of the 20th Century. In Jurassic Park, David Attenborough cloned some dino DNA found in an amber-preserved insect, and bingo, a flock of maneating lizards appeared. Diamond has acquired some trolley DNA in the form of cars from Norway once ridden in by royalty and PCC cars from Boston. He intended they rid the waterfront streets of auto traffic the way the dinos got rid of hapless villains and extras in the Crichton-penned masterpiece. Diamond formed the Brooklyn Historic Railway Association, which restored the trolley cars and actually started construction of a trolley line which he hoped would run from Red Hook to the Old Fulton Street landing.

In 2003, the City pulled the plug on Diamond’s dream. The DOT insisted that Bob acquire independent funding for the project; he was unable to do so.

By mid-2005, a new organization, the Brooklyn City Streetcar Company, was hoping to take over some of the cars and hopefully, begin restoring them anew. 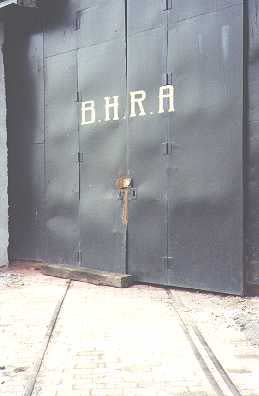 After discovering an abandoned LIRR tunnel under Atlantic Avenue in the early 1980s, Diamond set in motion a process that he hoped would someday bring trolley service from Red Hook to Brooklyn Heights. 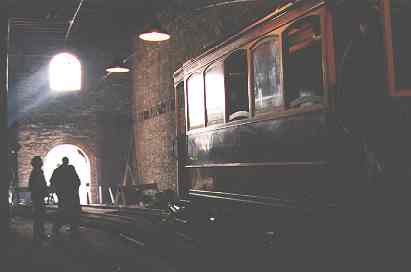 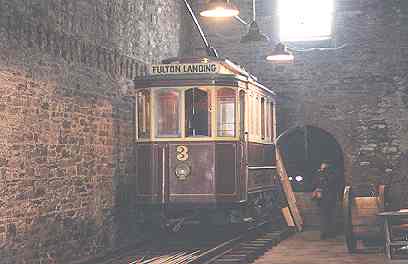 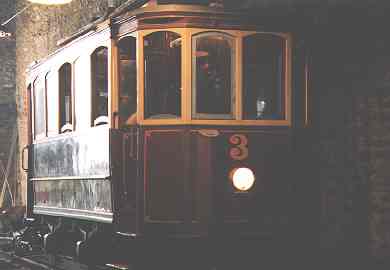 In 2000, an 1890s trolley car built by a German company which had run in the streets of Oslo, Norway for decades is undergoing renovations at the BHRA. Car #3 would have been activated for runs along the Brooklyn waterfront.

This car has already seen service on Brooklyn waterfront streets. 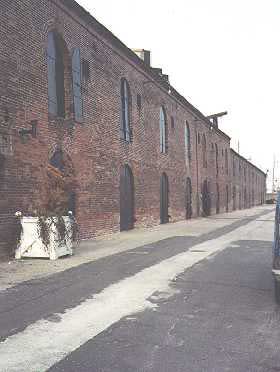 The Beard Street Pier is the focus of revitalization of this heretofore unknown corner of Brooklyn. Red Hook has been more or less isolated from the rest of Brooklyn by the construction of the Brooklyn-Queens Expressway in the 1950s.

The pier has been renovated in recent years. 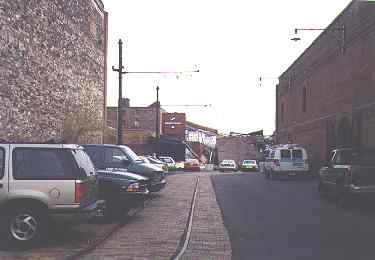 Trackways, and the catenary wire providing power to the trolley cars. 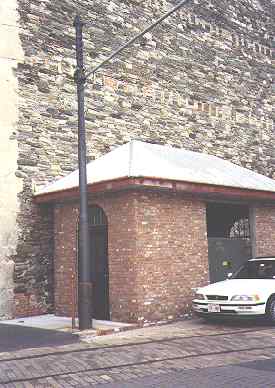 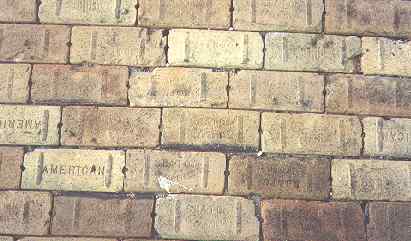 The tracks feature paving stones which have been salvaged from Baltimore’s Pennsylvania Station. These are original stones dating back to the system’s early days in 1906. 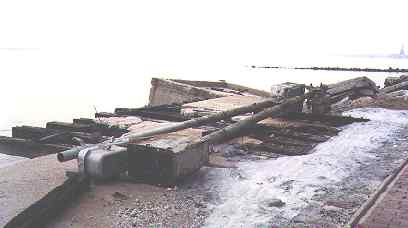 Signals had been salvaged and would have been used along the route. 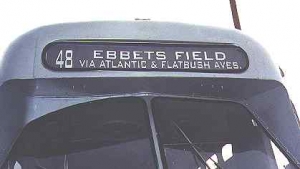 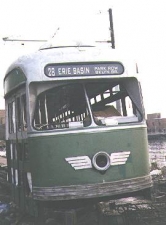 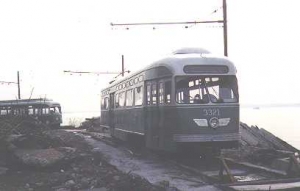 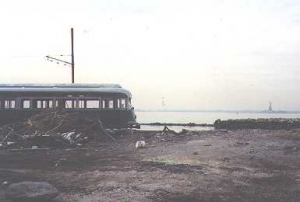 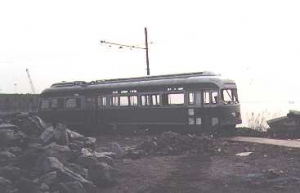 Even though these cars are originally from the Boston Green Line, they were being reconfigured to match as accurately as possible the way Brooklyn cars looked in the 1950s, from ironwork to paint color selection (two shades of green) to typefonts used on the car numbers.

No, there never really was a route that went straight to Ebbets Field from downtown.

Even so, the lettering on the old roll signs has been scanned, digitized and the new signs match as closely as possible the lettering style of the old ones.

In 2000, two of the PCC’s were out taking some sun while being renovated on a weekday afternoon, in view of the Statue Of Liberty. 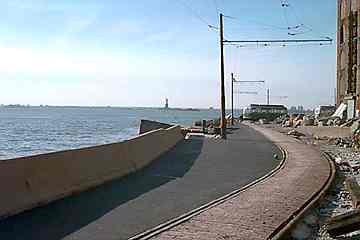 The walkway adjacent to the track had been completed. 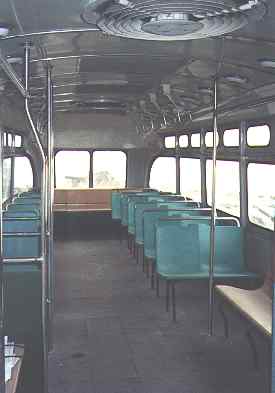 In 2000, the interior was ready to roll. The plastic seats date from the PCC’s 1970s tenure on the MBTA Green Line. 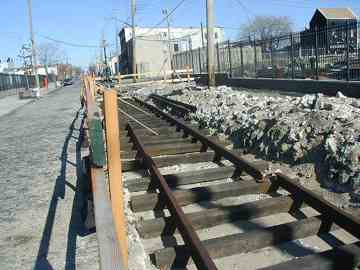 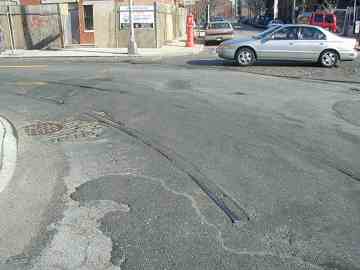 Red Hook has a rich trolley legacy. These tracks from the glory days, at Columbia and Woodhull Streets, had never been removed by 2000. While they await use on a reactivated trolley line, the Boston cars, and others from other cities, have patiently waited behind the Fairway supermarket for several years, subject to decay, wind, rain and salt water damage. Their interiors have been gutted by vandals.

UPDATE from Forgotten Fan Chris DeLeon: After the folding of the Brooklyn Historic Railway, former members of the BHR formed The Brooklyn City Streetcar Company to pick up really from square 1 where the BHR was at.

The 2 restored Boston PCC’s and an additonal PCC car remain. They have been sitting outside for sometime now as of may of 2007. There are tons of pictures of these cars on Flickr.

With the development of Red Hook, the cruise terminal, Fairway, the new water taxi dockings (its headquaters is also in red hook) and new housing, the trolley project has gained interest again. Brooklyn City Streetcar has its own website www.brooklynstreetcar.org (as yet undeveloped). They are looking to put streetcars in with the Brooklyn Bridge Park project as well as the redevelopment of Coney Island.

HOSPITAL OF THE DAMNED

If you are listing the Brooklyn City Streetcar site perhaps you should also have the link to Bob Diamond’s group, which also still exists: http://www.brooklynrail.net/

I know there were Trolly tracks showing in the road in Lynbrook NY. in say 1957. This was the road that ran next to the Long Island RR. near the elevated station near White Castle restaurant. I remember being on a Trolly on Rockaway Blvd. near or next to what today is JFK.Airport. History states this line was stopped i believe in 1926 and i was born in 1941, so how can i remember riding on it.
Regards, Charles J. Kollman