Imagine boarding the Long Island Railroad at Penn Station or Woodside and traveling east on the Port Washington Branch.

After leaving the Shea Stadium platform, the train does notgo east past Main Street, Murray Hill, Broadway and the other stations of the branch, but rather veers northeast along the Flushing River; northwest near the old Flushing Airport; makes an abrupt turn northeast at 14th Avenue and continues in a private right of way close to the back yards of private homes (think of the port Washington Branch east of Great Neck, or the Oyster Bay branch), finally arriving at a landing at 7th Avenue and 154th Street.

Hard to imagine? It happened, between 1869 and 1932. The Whitestone, originally the Whitestone and Westchester (implying a connection to the mainland that never happened) was the baby of Conrad Poppenhusen, a wealthy German immigrant who was one of the many “rubber barons” of College Point. The branch began construction in 1868 and in just a couple of years had reached Whitestone Landing, where it ended.

Poppenhusen took over the LIRR president in 1875, but his stewardship was not successful; Austin Corbin succeeded him to much greater success.

ABOVE :1930 Van Nostrand map showing the Whitestone Branch. Service ended two years later–just as the area was beginning to be greatly settled and developed and filling in between the small towns of College Point and Whitestone. At the time, many of these streets existed on paper only.

The Whitesone Branch had stations at Flushing Bridge Street (the surviving Flushing Main Street station is so named to differentiate it from its long-closed sister); College Point, at present-day 18th Avenue and 127th Street; Malba, at 11th Avenue and 142nd Street; Whitestone, at what is today 150th Street and Cross Island Parkway (14th Road still curves to follow the ROW) and finally, Whitestone Landing, at 7th Avenue and 154th Street. 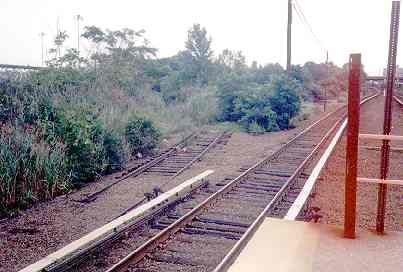 The only remaining Whitestone Branch trackage can be seen from the east end of the Shea Stadium station platform on the Port Washington branch, curving off into the weeds. The line parallelled the Flushing River until it reached Northern Boulevard.

The trackage was used for layup until recently; currently it is completely severed from the PW branch. 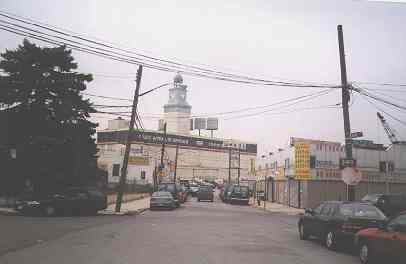 King Road, a two-block street connecting College Point and Northern Boulevards, is in the old Whitestone Branch right-of-way, just south of where the Flushing Bridge Street station used to be. 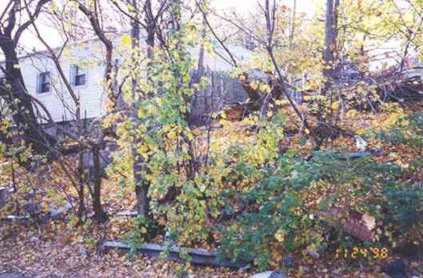 There are a few railroad remnants in this dead-end stretch of 22nd Avenue east of 130th Street. The railroad took a turn north here (see map above) after angling northwest to the left of present-day Ulmer Street. Along the right-of-way, concrete posts strung with rope served to protect the trackage. 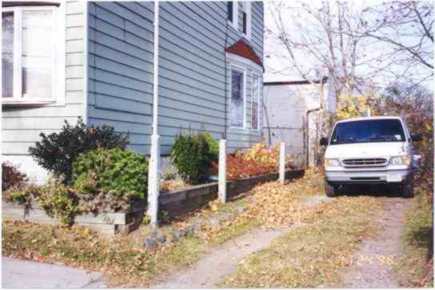 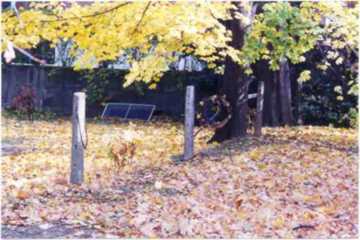 The remaining concrete posts are more evident in the yard of a building south of 11th Avenue. 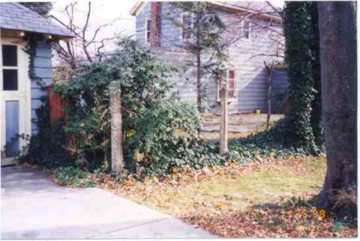 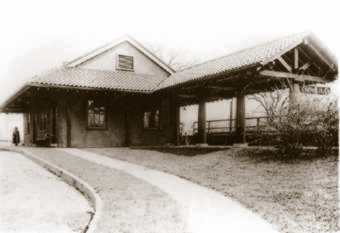 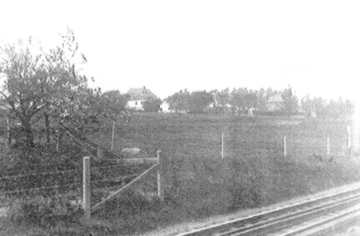 Photo near Malba station, 1909, shows protective fence composed of concrete posts. Only these posts remain in spots to mark the old railroad branch.

Steel Rails to the Sunrise, Ron Ziel and George Foster, Hawthorn 1965. Out of print.