A few years ago, in November 2006 to be precise, I found myself in the Fordham Plaza area in the Bronx, where East Fordham Road meets Webster Avenue in the shadow of Fordham University. After dusting myself off, removing the blindfold and waiting for the stars to stop spinning around my head, I set off to the east for a few blocks and took a look around.

While it is true that 19th Century financier August Belmont Senior’s Belmont Stakes debuted at the nearby Jerome Park Racetrack (now Reservoir), neither the Bronx neighborhood of Belmont nor Belmont Avenue are named for him, as some historians have believed. According to the late Bronx historian John McNamara — and thus the final word on the subject — the avenue and neighborhood take their name from the estate of the tobacco-producing Lorillard family, who owned virtually all of the territory in the central Bronx in the latter half of the 19th Century; the family donated land that became the New York Botanical and Zoological Gardens, as well as St. Barnabas Hospital on Third Avenue. Even today, a Lorillard brand, Newport, is the #2 selling cigarette brand in the USA. 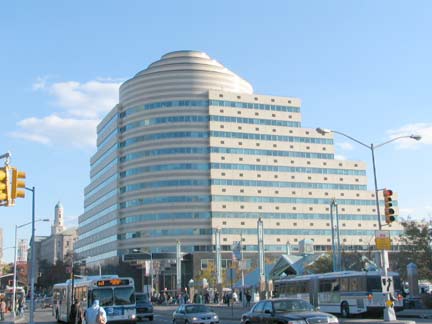 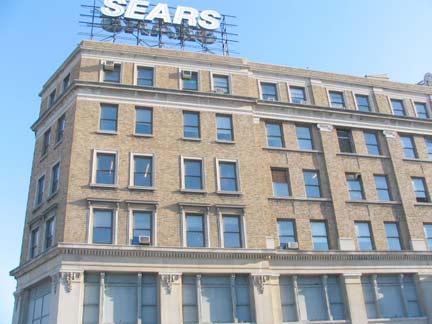 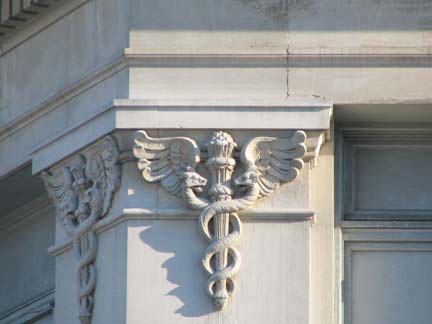 Fordham Plaza, one of the Bronx’ busiest intersections (Fordham road has been the premier shopping strip in the Bronx for decades) features a futuristic, hive-like office tower, as well as a decades-old traditionally built edifice.

It’s a common misconception that the caduceus, the winged staff of Mercury (Hermes) entwined by two snakes, is a medical symbol. (The staff of Aesculapius (Asclepius) has no wings and only one snake). However, the caduceus has commonly come to represent medical corps in the last century and the error will likely be forever perpetuated.

As a symbol of Hermes’ office, the caduceus was often used in architecture until the advent of modernist forms in the 20th Century. You will see it on remaining sections of the NY, Westchester and Boston Railroad, now the #5 train, in the northeast Bronx. 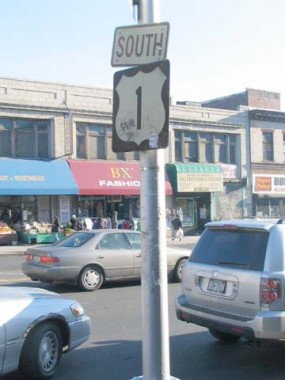 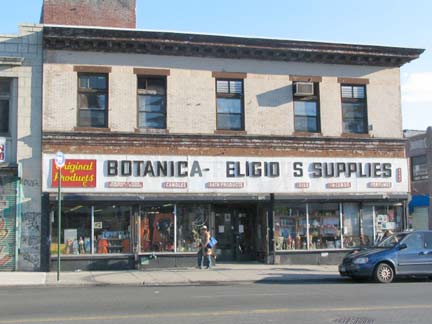 Along Webster Avenue south of Fordham Plaza. Jerome Avenue and the Grand Concourse are often mentioned as the major north-south Bronx routes, but Webster Avenue, named for an obscure surveyor or engineer in the mid-19th Century, runs from Morrisania north to the Yonkers line. I’m unclear about US 1’s exact route through the Bronx — it enters via the Washington Bridge, and winds up on Fordham and then Boston Roads, but here it is on Webster Avenue. 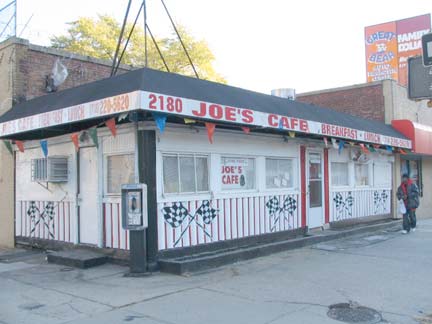 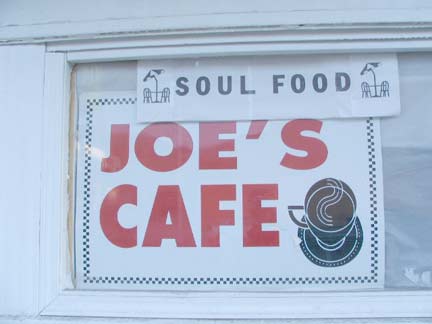 Not sure if Joe’s Cafe is still here on Webster and East 182nd. I hope it is. I wonder if the owner is named Smokey. I was unable to eat at Joe’s — it was closed then. 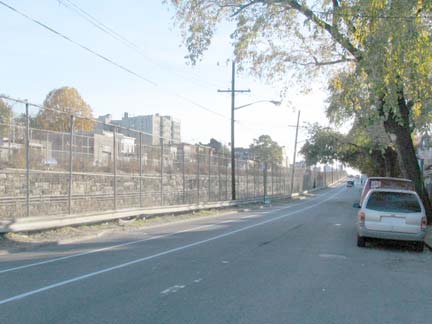 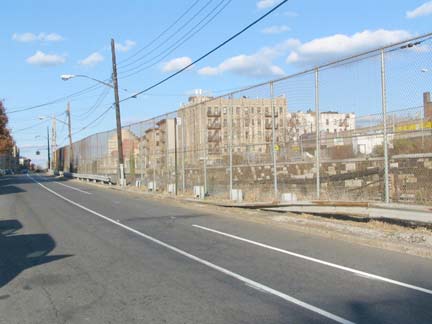 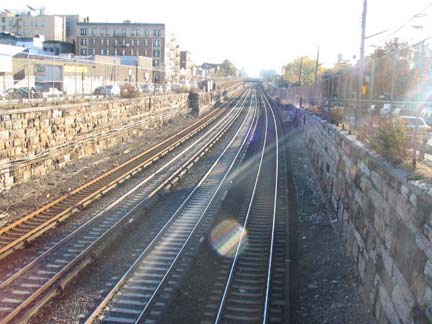 Believe it or not this is indeed the Park Avenue of Grand Central Terminal, the Lever House, and St. Bartholomew’s Church — in Manhattan, Park Avenue runs above the Metro-North tracks from East 42nd north to East 96th, and then alongside an elevated trestle from East 98th north to the Harlem River. The road alongside the New York Central, now Metro-North, had been named Terrace Place and Vanderbilt Avenue, but was renamed Park Avenue in 1896 as an extension of the Manhattan avenue. 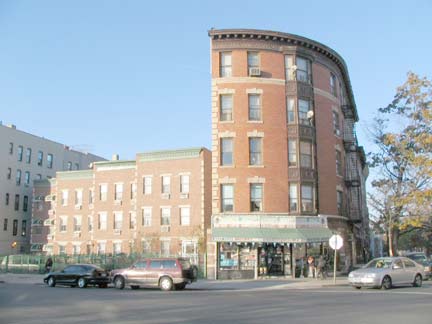 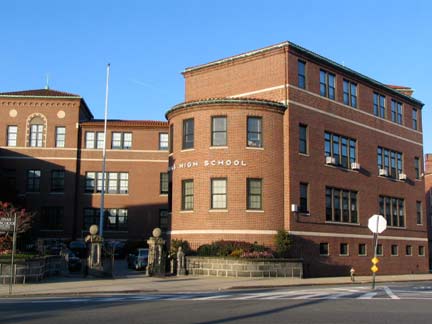 Even when streets meet at sharp angles, there are dozens if not hundreds of Bronx apartment buildings (the Bronx is the true borough of apartment buildings) that are constructed on graceful curves. I can’t account for the phenomenon, since so many of the buildings must have had different architects. This one, at Hughes Avenue and East 182nd, is especially dramatic since the five story curved building went up next to a 3-story trio. RIGHT: Aquinas High School, a Catholic high school for girls, was built in 1939, though the school has been in existence as a parochial school and then a high school academy since 1900. The school was named for the medieval Dominican scholar and theologian St. Thomas Aquinas (1225-1274). The school is located on the former holdings of musician-landowner Frederick Grote, and a portion of the old Kingsbridge Road that runs through the neighborhood has been called Grote Street for several decades.

Much more on Belmont in FNY: From the Concourse to Parkchester.

BARELY THERE. Signs hanging on by a pixel

[…] Papa John’s Diner, the original name, came up on a google search in one of the comments from https://forgotten-ny.com/2009/12/belmont-bronx/ There was a picture of Joe’s Cafe on the site, recognizable by the vertical flutes, even if […]