Parts of New York City are very steep and hilly. To allow access to the hillier areas, engineers have occasionally inserted step streets into the grid to allow foot traffic acess to private houses, or just to get from one place to the other. Oftentimes, step streets are not indicated as such on maps, and running into them can be surprising. Most of these step streets occur in the hilly areas of uptown Manhattan — Washington Heights and Inwood, or in the Bronx — Riverdale, Van Cortlandt Village and Fordham. Maspeth, Queens and northeast Staten Island have a number of them. Such step streetshave been compared to the steps in Montmartre, Paris, San Francisco, or even Pittsburgh. Bay Ridge, Brooklyn checks in with a pair of step streets as well. 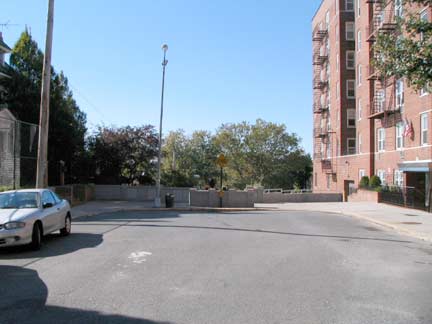 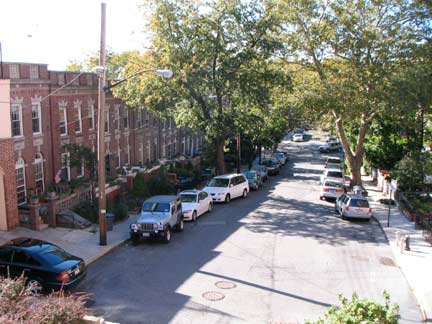 West of Ridge Boulevard, 74th Street seems to end abruptly. A look from the landing shows that 74th continues on its merry way, though. 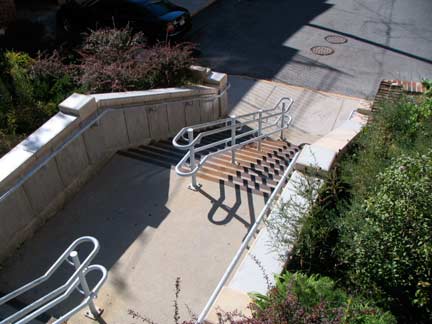 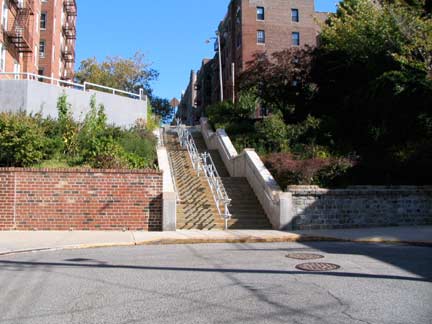 Of the pair of step streets in Bay Ridge, the staircase on 74th Street has seen a good deal of renovation over the years with the side concrete support greatly altered. Gardens were planted on either side of the western approach in the early 1990s. 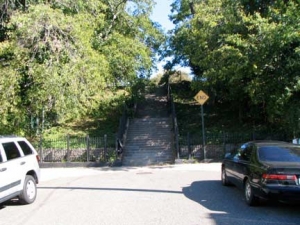 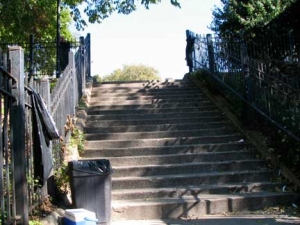 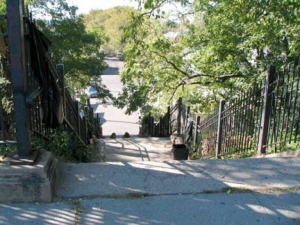 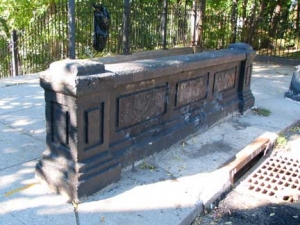 In contrast, the 76th Street stair seems to have been largely left in the condition it has always been in. Other than some patches the steps are decades old, as are the railings. The steps are of uneven heights, though this would have been repaired long ago were it a problem.

The stanchion on the east end of the stair might possibly be one of the early examples of NYC traffic bollards. This is not built to give way if crashed into. 76th Street also has a pair of reflective red danger lights. 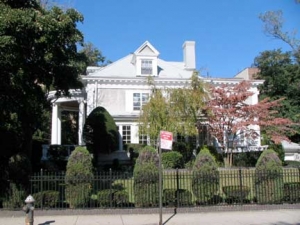 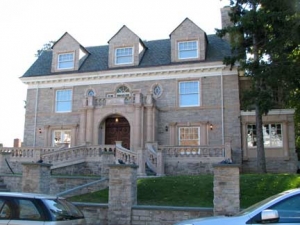 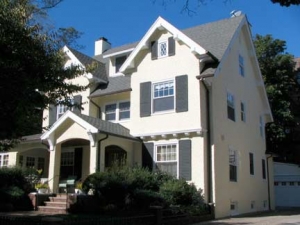 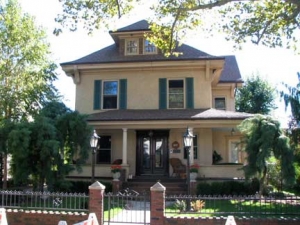 Many Bay Ridge blocks are some of the handomest residential blocks in the city and 76th, between Ridge Boulevard and the stair, has to be among them. 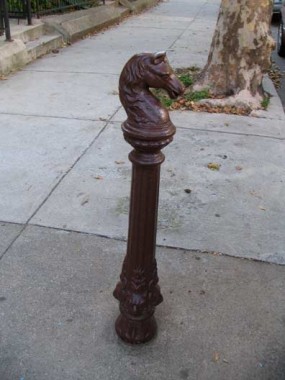 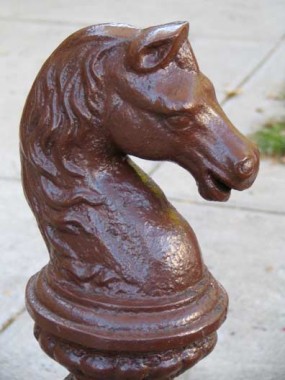 An interesting artifact turns up on 78th Street between Ridge Boulevard and 3rd Avenue, a hitching post alongside the curb. I have no way of knowing if this dates back to the days of horses and buggies or, perhaps, a resident placed it here as a decorative element several years ago.

The hitching posts were there when I was 7, and I’m now 46. When I was a child I was told that they were leftovers and had been there “forever.” I used to visit my grandmother’s friend and she had one in front of her house. Her place was so old she had a clawfoot tub and a pull-chain flush toilet.

Where the apartment building is, wasn’t there a big old house?

There’s another such hitching post still in the neighborhood: on Bay Ridge Parkway, just east of Third Avenue.

I’m years late reading this but you are right. I remember a big old (kinda spooky looking) house where that apartment building is.