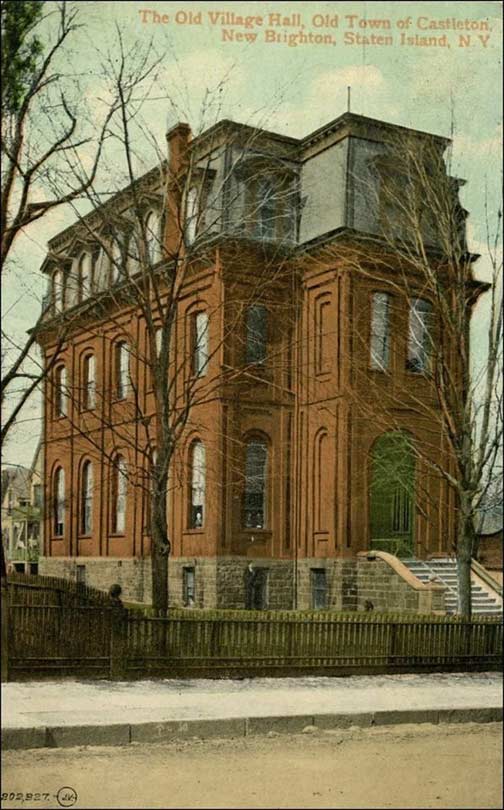 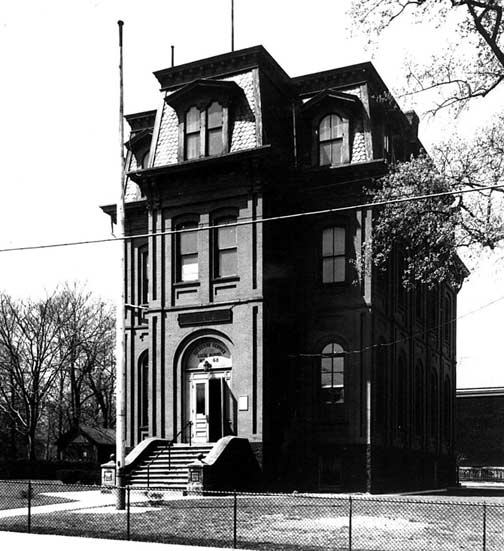 Following New Brighton’s absorption into Greater New York in 1898, the building served a variety of civic functions and gradually deteriorating over the decades. Although it was landmarked at the early year 1965, soon after the landmarks law was passed, it did not reverse the building’s demise. 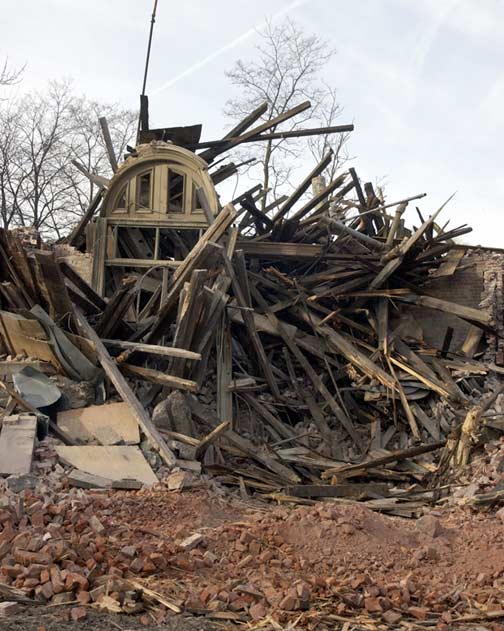 In October 1971, the city auctioned the building and it was acquired by Martin Luther King Heritage House for $26,000, a nonprofit which planned to reopen it as a community center. Lacking the funds, the vacant building went through a series of private owners until February 2004, when the Department of Buildings ruled that the building was unsafe enough to warrant its demolition. 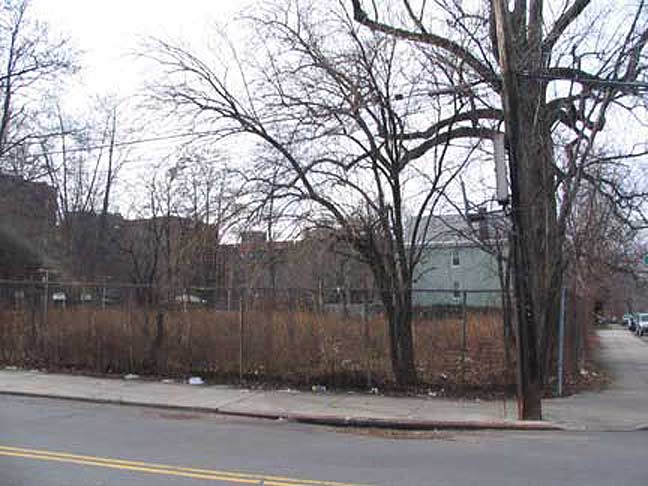 The city then donated the plot to the Sisters of Charity for to build fifty-nine units of subsidized low-income senior housing. SLCE Architects was selected to design a residence that would honor the history of the site. 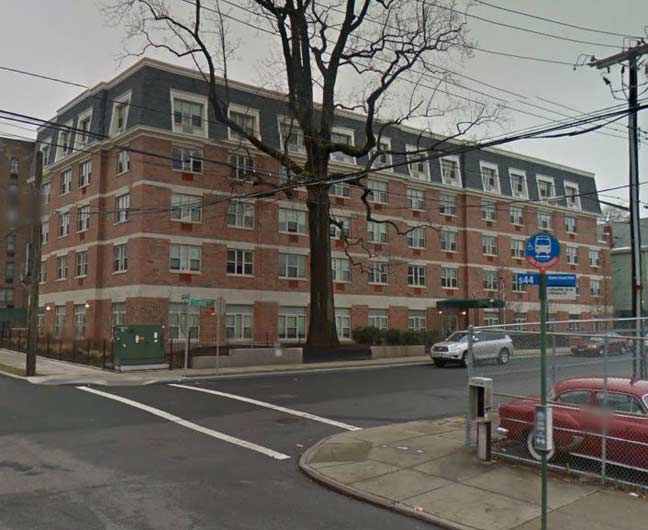 What emerged was Lafayette Manor, which opened its doors in October 2012. Its namesake is Lafayette Avenue.

Considering all the garbage architects are foisting on us today, Lafayette Manor isn’t too bad and gives a healthy nod to the old Village Hall. Dig the early 1950s Chevy (?) behind the fence at the bus stop.

In memoriam:
Jamaica Town Hall was demolished in 1940
Newtown Town Hall was gone in 1966
Long Island City’s Hackett Building bit the dust in 2007.
Far Rockaway Village Hall probably was gone soon after the Magistrate’s Court left it in 1932.

if you consider the “modern” minivan and other auto designs, it’s not hard to see the kinship between that early 50s sleekness and today’s. it wouldn’t take much to return to that “old” aesthetic in my opinion.

as for those stoic old buildings in northern S.I., too bad. there was a whole bunch of them overlooking the ferry/bay that were converted to vacant lots over the years…you’d think THOSE would be saved. but our culture craves demolition, and second-rate replacements.

I think that building was where HIP had its doctor’s offices in the late 1950s-early 1960s. As the era of house calls was fading, we’d go there for vaccinations etc.

Yes, Tom, you are correct. It was the HIP building in the late 1950’s-1960’s. I remember going there many times with my father as a little girl whenever I became ill with tonsillitis to get a penicillin shot in my bottom. I would run around the exam room and out into the hall to evade the inevitable. The mere sight of those steps cued my fear of needles! I’m sorry to see the building go, though. We need to preserve our Island’s history of unique architectural buildings to appreciate the variety of structures over time.

I grew up on Fillmore Street near the New Brighton Village Hall and played all the time with my friends in the wooded area south of this
building. It holds so many wonderful, fun memories of us running around and pretending we lived in a wild forest, far from civilization.
So sad that building like these were not preserved because they represented another time and place. It is not a bad thing to have memories of
the past, in fact it is sad when people have not history to reflect upon.