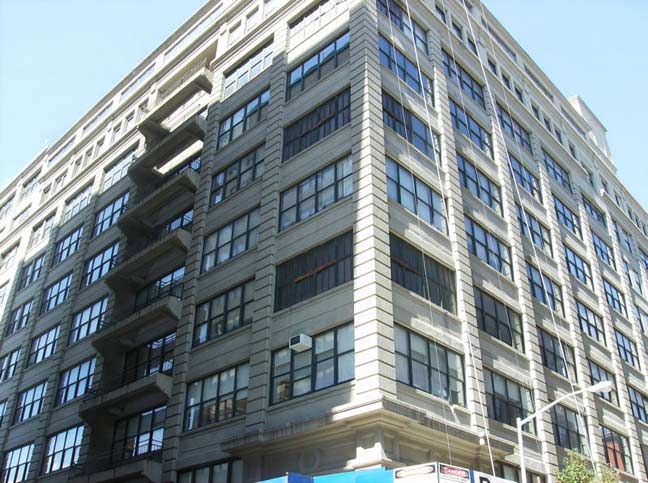 Since I’m working for a few weeks in one of the many buildings constructed in DUMBO (or Down Under the Manhattan and Brooklyn Bridge Overpasses) by industrialist Robert Gair’s company, (he invented the corrugated cardboard box), here’s something about him, according to NYC Landmarks:

Robert Gair became the dominant industrial presence in DUMBO in the early twentieth century. Gair was born in Edinburgh, Scotland in 1839 and came to America at the age of fourteen.  He worked as a clerk in a dry goods store in New York City before serving in the Civil War (he reached the rank of captain).  In 1864 he opened a business as a paper jobber in New York and then, in partnership with George West from 1867 until 1876, he began manufacturing paper bags with square bottoms. He also sold a wide variety of paper goods, many of which he also manufactured on machinery that he had constructed.  However, it was Gair’s inventions relating to the manufacture of corrugated paper boxes that resulted in his firm’s growth.

In 1870, Gair developed a machine for manufacturing corrugated paper and in 1879 patented a machine for creating folding boxes.  According to what appears to be a paid advertisement in the 1924 publication New York: The World’s Metropolis, Gair “revolutionized the folded box business” by arranging “pliable metal rules, formed into the outlines of a box blank, [that] would cut and crease the cardboard, a number of such dies at each stroke of the press produced a group of blanks.”  The folding box soon became a basic material for the packaging of food (the National Biscuit Company was an early client).  In 1888, as production grew, Gair moved his production from Tribeca to DUMBO.  Gair’s choice of a site on the northwest corner of Washington Street Water Street was influenced by the recent move of his friend, coffee roaster John Arbuckle, to neighboring blocks. Robert Gair increasingly invested in real estate and became a major developer of industrial buildings in DUMBO, some of which his firm occupied and others which were leased.

By the time of Gair’s death in 1927, though, operations were largely moving elsewhere out of DUMBO and were gone by WWII. The buildings have been leased to other manufacturers since that time and are beginning to be converted to residential and also for business offices in the 2000s.

Lets not forget that within DUMBO was the Jay Street Coon Railroad that served all the buildings within the area and also was owned in part by GAIR and the coffee company,in fact the railroads diesel locomotive was painted in the coffee companies colors..the railroad only had access to the world via a car float and that car float yard is today the ConEd plant..

You are wrong about Dumbo, it’s District Under Manhattan Bridge Overpass.