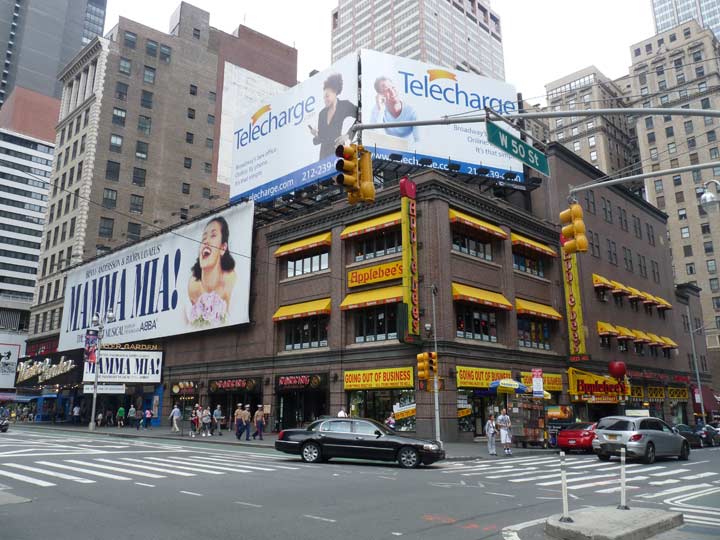 The Winter Garden, at Broadway and West 50th Street, was the longtime home of Cats and Mamma Mia! However, it is also a throwback to a time before Times Square was Times Square — when this was called Longacre Square and was the home of horse and carriage dealers, not showbiz.

It was built as the American Horse Exchange (owned by William K. Vanderbilt) between 1881-1883, becoming the Winter Garden in 1911; its horse ring was adapted into a stage by the time of its final remodeling in 1923. The debut performances of West Side Story, Funny Girl, Mame, Follies and 42nd Street took place here.

In 1997-1998, another remnant of Longacre Square’s equine past was briefly uncovered at Broadway and West 47th, and just as quickly covered over again…

Until I read this, I never knew that the theater where I last came to see Mamma Mia was originally a horse ring before being an actual theater.

The Winter Garden was from its opening in 1912 until around 1930 closely identified with Al Jolson. No other performer was associated with a theater. Jolson and The Winter Garden were practically synonymous. That’s why the corner of 51 and Broadway is named in his honor, “Al Jolson Way.”