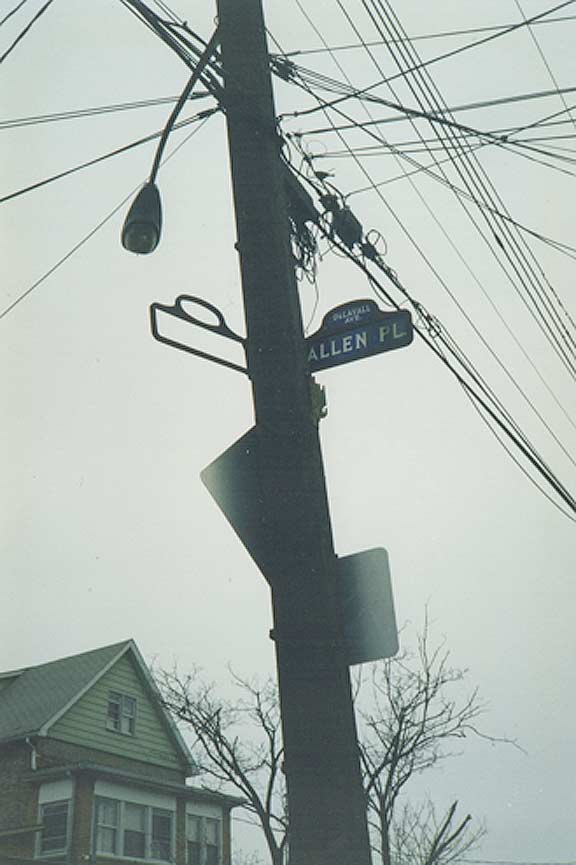 The last “humpback” of the thousands that served Manhattan and the Bronx barely made it into the 21st Century at a Bronx intersection you’ve never heard of (and one I’d never heard of until tipped off about it) at Allen Place and DeLavall Avenue in Eastchester. The sign survived until sometime in 2000 when the Department of Transportation made quick work of it after it started showing up on the new thing called the World Wide Web.

I wish I could have gotten better photos, but at that time I was using a little point and shoot with 24 exposures and no zoom at all. I’m lucky the shot I got was this good.

It’s likely that no one took its picture before this, at any rate.