A RIVER RUNS THROUGH IT. Staten Island’s Lemon Creek 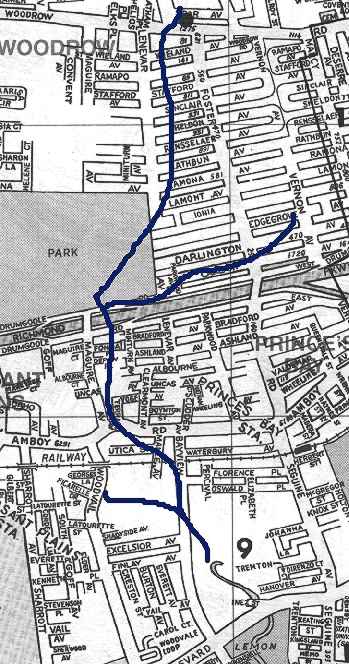 A creek? In the streets of New York City? You better believe it.

In fact, there are more than one in Staten Island, until recently the last frontier of New York City.

Although rapidly developing right now, the neighborhoods of Woodrow and Pleasant Plains were mostly woods and creeks until the late 1970s.

The blue line on the map at left roughly traces the path of Lemon Creek and its tributary creeks as they run on street level and in underground conduits. See below for views of one of the remaining ground level creeks in New York City!

3rd: Lemon Creek at Edgegrove and Marcy Avenues. Unfortunately, Lemon Creek is occasionally treated as a garbage dump by some people in the neighborhood.

Arbutus and Lemon Creeks as seen from Amboy Road

Forgotten Fan Drew Moschella has an excellent view of the creek from his backyard on Bayview Avenue.