Yes, the NFL. The Staten Island Stapletons were a semipro team founded by restaurateur Dan Blaine in 1915, who played halfback for the team until 1924. Over the following couple of seasons, the Stapes would play exhibitions against pro teams from the NFL and the 1920s version of the American Football League, and after they rolled up a 10-1-1 record in 1928 the Stapes joined the NFL the next season, playing in tiny Thompson’s Stadium on Tompkins Avenue, a site now occupied by Stapleton Housing (located between Broad, Hill and warren Streets and Tompkins Avenue, itself named for a 19th-Century area resident, Daniel D. Tompkins, Vice President under James Monroe from 1817-1825.

Led by halfback Ken Strong, a New York University graduate, the Stapletons compiled a 14-22-9 record against NFL competition in four years. The Stapes played an exhibition schedule in 1933, with some games against NFL teams, before Blaine folded the team and Strong joined the New York Giants. 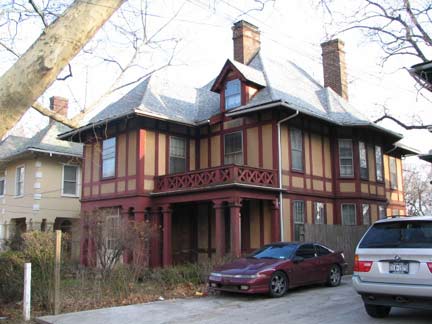 Some of Park Hill’s most beautiful and historic buildings are lined up along Vanderbilt Avenue between Talbot Place and Tompkins Avenue. From FNY’s Stapleton/Clifton/Rosebank page:

Clifton has always been associated with the Vanderbilt family; its scion Cornelius began his lengthy and illustrious career operating a ferry to Manhattan beginning in 1810 at age 16. In 1900, the firm of Carrere and Hastings built eight houses along the family’s namesake avenue, from 110 to 144, between Talbot Place and Tompkins Avenue for George Vanderbilt in 1900. Other houses were built for Vanderbilt on neighboring Norwood Avenue; additional mansions were found on nearby Townsend Avenue, but many of them have been lost to redevelopment. 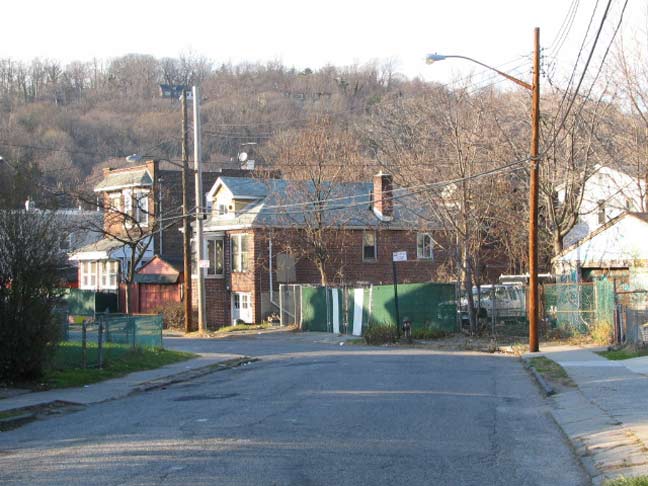 It is Staten Island that contains New York’s only semblance of mountain views, as Ward, Grymes and Todt Hills form the East Coast’s highest elevations. Subsequently there are surprising views of high hills in Stapleton and Park Hill, which are clustered on the hills’ southeast edge. Here Grymes Hill rises in the background at Prince Street.

Some of the very old homes clustered along Prince and Hardy Streets. 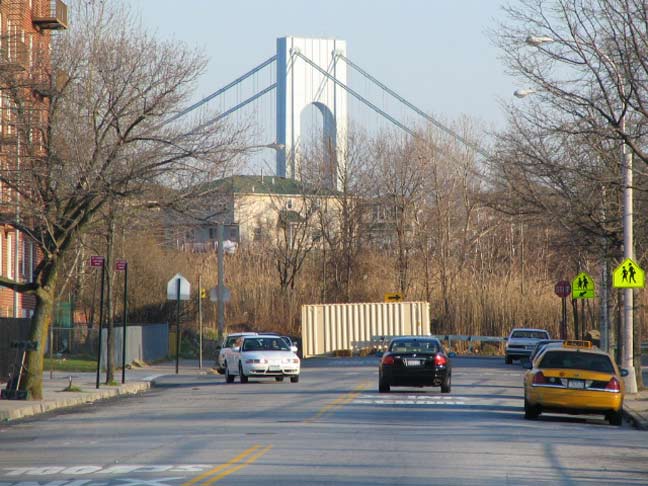 Eibs Pond Park, located in the Staten Island neighborhood of Park Hill, was named for a German-American family who owned land in the area during the 1800s. They used the pond as a watering hole for their horses and dairy cows. Descendants of the Eibs family continued to live on this site until 1971.

The Eibs Pond area performed varying functions throughout the century. First, the pond enjoyed movie fame, when from 1914 to 1917 several episodes of The Perils of Pauline starring Pearl White were filmed in this area. In 1914, D.W. Griffith directed the film Birth of a Nation, shooting his Civil War battles sequences around the pond.

Milton Berle made his first screen appearance as a 6-year-old in The Perils of Pauline, though I don’t know if any of his scenes were filmed here.

In Milton Berle: An Autobiography (1975), he explained, “I was scared shitless, even when he went on to tell me that Pauline would save my life. Which is exactly what happened, except that at the crucial moment they threw a bundle of rags instead of me from the train. I bet there are a lot of comedians around today who are sorry about that.”wikipedia

From 1915 until 1935, Eibs Pond served as a water hazard for the Fox Hill Golf Links. During the winter, club members would participate in curling competitions on the frozen pond. In the 20s, a military hospital was constructed nearby. From 1944 to 1945, this site served as an army base. Italian prisoners of war were kept here and offered courses in English, hygiene, and military discipline.

The site sat nearly vacant for almost 40 years until the Urban Investment Development Company planned the construction of an apartment building and multi-story hotel overlooking the pond. Amid concerns over the environmental impact of building on this ecologically delicate site, the company chose to donate the land to the Trust for Public Land (TPL). The TPL initially set aside the upper six acres of the site for low-income housing, while the lower eight acres remained in their natural state.

In 1987, the New York State Department of Environmental Conservation designated Eibs Pond and the surrounding area as protected wetlands. Two years later, it became a New York City park. With the help of local volunteer groups, Parks restored the area, removing debris and an artificial barrier that had been erected around the park.

Eibs Pond Park sits within one of the most densely populated sections of Staten Island. The Park Hill Houses Complex, and several other nearby apartment buildings contribute 1,850 housing units to the area. As such, local residents appreciate it as a place of refuge amidst the urban landscape. Henry David Thoreau (1817-1862) lived near this site during the summer of 1843. Its beauty led him to comment that “the cedar seems to be one of the most common trees here, and the fields are fragrant with it…The whole island is like a garden.” NYC Parks

Bedford Green is a surprising triangle of grass at Targee and Delford Streets at Irving Place.

RIGHT: an enormous plane tree on Vanderbilt near Tompkins.