THE ABANDONED BANK in Douglaston, Queens

Douglaston Parkway is one of the older roads in its namesake neighborhood in eastern Queens, as you may expect. It was originally known as Alley Road, so named since it ran through “the alley” or a pass in the high hills that run through the middle part of Long Island, a remnant of the southern edge of a glacier that pushed this far south during the last Ice Age.

Today’s Slice is located along the eastern stretch of Douglaston Parkway just north of Northern Boulevard. Follow it further north, and you are in one of NYC’s most desirable and historic neighborhoods, Douglaston Manor, with eclectic and beautiful architecture along water views. We touched on it onForgottenTour 31 in August 2007; a further exploration is in the offing. 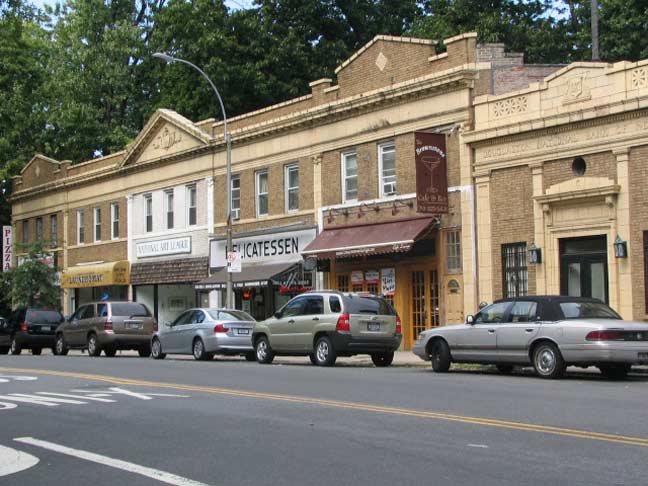 There’s an interesting collection of buildings on the block.

The block of mixed businesses and residential apartments, on the second floor, was constructed around 1925-1927, according to surveys. (The Tudors closer to Northern Blvd., on the right came along about a year later.) Of special note here is the central classically-styled pediment. This was apparently considered to be a potential shopping mecca in the 1920s. That never quite happened, as the shopping and mall strip developed further east in Little Neck.

I like that old school Delicatessen sign, that states exactly what you will find when you enter. 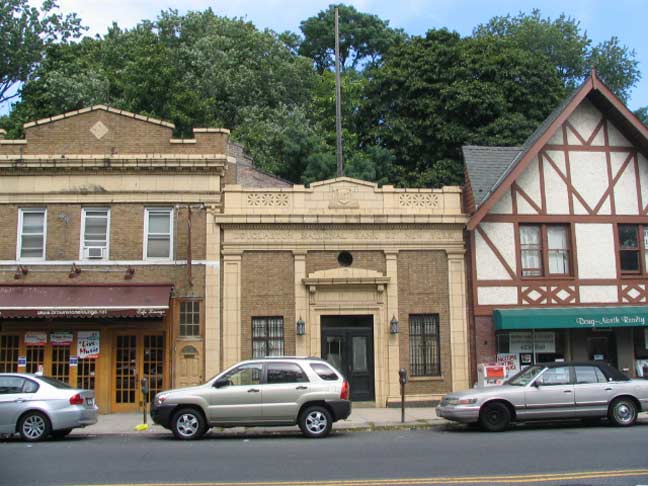 Your webmaster’s eye was drawn to the magnificent (to me, anyway) Douglaston National Bank of New York, an institution that the internet is silent about. I cannot find any bank that it was absorbed into, at any rate. The bank was apparently active from 1927-1933 and went into receivership the latter year.

The date of construction is emblazoned on the pediment. I wish modern buildings would do this. I am also a big fan of terra cotta bas relief lettering.

The monogram DNB can be found on the now-rusted window grilles. The original doors are surrounded by beige brick and more terra cotta. Now-verdigris’ed lamps either side of doorway.


Has anyone seen the building in use the last few years? I’m curious.

THE FACES OF MADISON AVENUE