The TOWER OF WHITESTONE

The Town of Whitestone was first settled by the Dutch in 1645 where they lived side by side with the local Native American tribe, the Matinecock Indians.

The Matinecocks were a division of the Algonquin Nation. Matinecock in translation means, “People of the Hill Country”. This title was very accurate because the land in Queens as in the rest of Long Island is formed by rolling hills. In the Douglaston section of Queens there are actually small gorges sliced into the landscape. Despite its untamed layout the land in Queens County was very prosperous for farming.

The area of Whitestone was named after a large glistening white boulder that sat on what was a virtually flat sea shore. The neighborhood is located just north of Willet’s Point Boulevard and extends all the way down to the Long Island Sound dominating the entire northern section of Queens. From the time of its settlement until the early part of the twentieth century, Whitestone was a farming community. Francis Lewis, the New York representative who signed the Declaration of Independence, owned many acres in Whitestone and in fact had several spreads throughout the neighborhood. The majority of his property which included his homestead was located by the waters edge at the foot of 150th Street and 7th avenue. In the summer of 1776 just weeks after America’s Independence from England, British troops entered Whitestone via the Long Island Sound. As punishment for his participation in the Declaration of Independence, the British burned Francis Lewis’ home to the ground and abducted his wife. She never recovered and died a couple years after the attack. In the following century, Samuel Leggett, the father of Whitestone and John D. Locke, both famous for their tin factories located on Clintonville Street had large farms in the neighborhood as well. 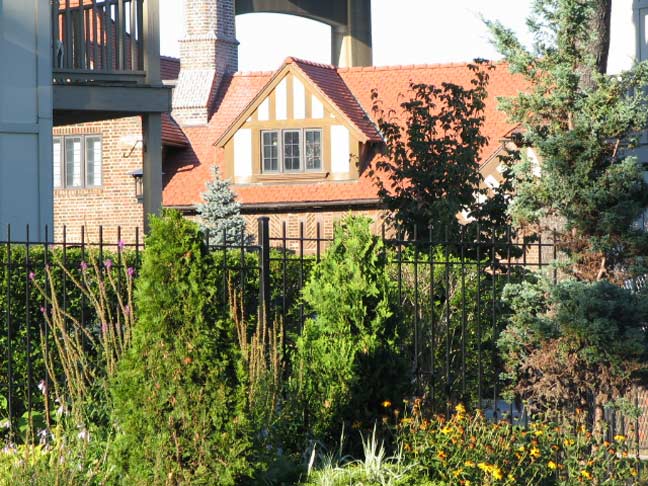 One of the largest spreads belonged to W.W. Cryder, a Dutchman whose farm dominated the northern part of the neighborhood. The property started from the present day service road of the Cross Island Parkway extending down to the sea shore. His homestead was located on 166th Street and 10th avenue which is the former site of the old Whitestone Hospital. After Cryder sold his farm much of the vacant land became wild and overgrown. At the water’s edge several small private homes were built. Broadway composer Arthur Hammerstein and his actress wife Dorothy Dalton along with Harvey S. Firestone of Firestone Tires all built mansions on the former site of Cryder’s farm. Most of these private homes, however, did not survive past the Second World War and were demolished by the city all except for Hammerstein’s which is now a national landmark.

The road to Cryder’s farm is still in eastern Whitestone

In 1950, Robert Moses planned to build a boardwalk and pavilion strip along the water called “Little Neck Boardwalk”. These plans were scrapped when Alfred Levitt from Levitt and Sons Development Corporation, and whose brother William the creator of Levittown in Long Island, built a 32 building apartment complex called the Levitt House over the thirty acre territory that was once the Cryder farm. The complex is now known as LeHavre. With the coming of this massive project the rest of the farm land was cut up into lots and turned into streets that lead to small middle class homes. Down by the sea side stands a three apartment building complex called Cryder’s Point in honor of the lands previous owner.  The Firestone house was sold after his death in the late 1930’s and was purchased by Mrs. Michel who turned the home into a recovery spot for people suffering from various illnesses and for those recovering from major surgery. In the 1960’s she was forced to sell to the city and the house, a beautiful white Queen Anne Victorian, was demolished to make way for a twenty story building called the Cryder House which now stands in its place.

The Cryder farm is long since gone and nothing more remains but the apartment complexes which bear the family , and the lane that led to the farm.

However, a new discovery has been made. Standing in a parking lot at the corner of 162nd Street and 9th Avenue is an amazing sight. The old water tower that once belonged to the Cryder farm still remains. Never torn down and over looked by the ages, it still stands to this very day! When the Le Harve complex was built the construction company never touched the structure which serves no purpose since underground pipes services the areas water supply.

The valve that once released its contents is frozen in place. The fact that the tower, most likely over one hundred years old, still exists is a true miracle. In the late seventies the Le Harve community conducted a summer project in which the children painted to the cylindrical structure brown and turned it into a strange totem pole covering it with a mosaic of Indian figures complete with bows and arrows. The top of the tower is completely flat but it most likely had a pinnacle roof made of wood which gave it the appearance of a mill or silo. For those that are able to come view the tower shall truly be amazed for it is a wonderful local historical relic of Whitestone’s forgotten farming history that still stands as if waiting for its owner to return.