THE DOOR TO NOWHERE

Next time you are taking the Times Square Shuttle toward Grand Central, walk toward the northern end of the platform. You’ll find a locked door with the word “Knickerbocker” above it. What could it be? Where does the door go? 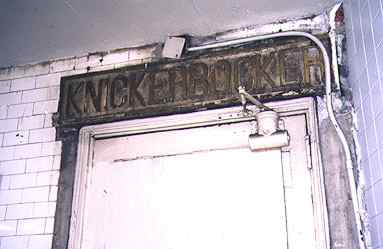 Behind the door is a corridor which led up to the rear lobby of the Knickerbocker Hotel at 1466 Broadway, at the southeast corner of 42nd Street. There was a lower level nightclub/dancehall/restaurant. The stair is still there as a relic; underneath the stair is a subway power/communications manhole. Also in back of the wall are sidewalk vaults that belonged to the Knickerbocker.

Newsweek magazine had its headquarters in the building for awhile. By 2014, the Knick was under renovations once again, and it was once again going to be a luxury hotel. 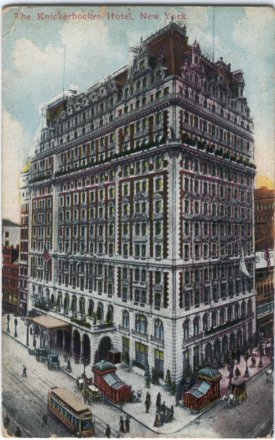 Knickerbocker Hotel in the 1920s

George M. Cohan and Enrico Caruso are among the celebrities who once stayed at the Knickerbocker. It was built in 1901 and has undergone a number of alterations over the years. Its bar was once known as the “42nd Street Country Club.” 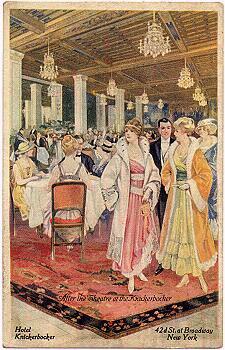 The Knickerbocker, “after the theatre”. 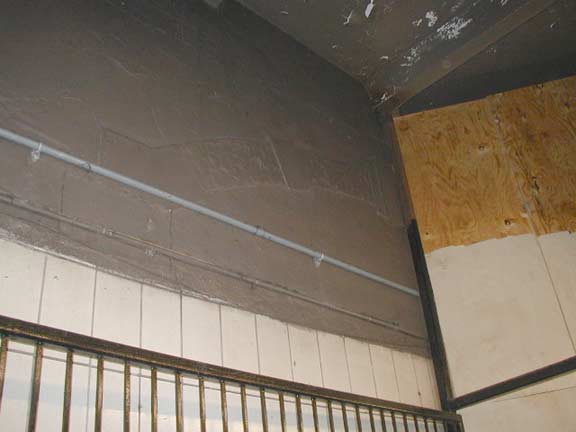 The Knickerbocker Hotel entrance was not the only building entrance in the original Times Square station. Befitting the station name, there was a door that led directly to the New York Times Tower (the one now covered in billboards and ringed by the famous “zipper”). The New York Times’ press room was directly below the station and the newspaper noted in 1905 that “it is possible in the early morning hours to load the successive editions on subway cars for the most rapid general distribution” although the paper would remain in the Times Tower for only 8 years. 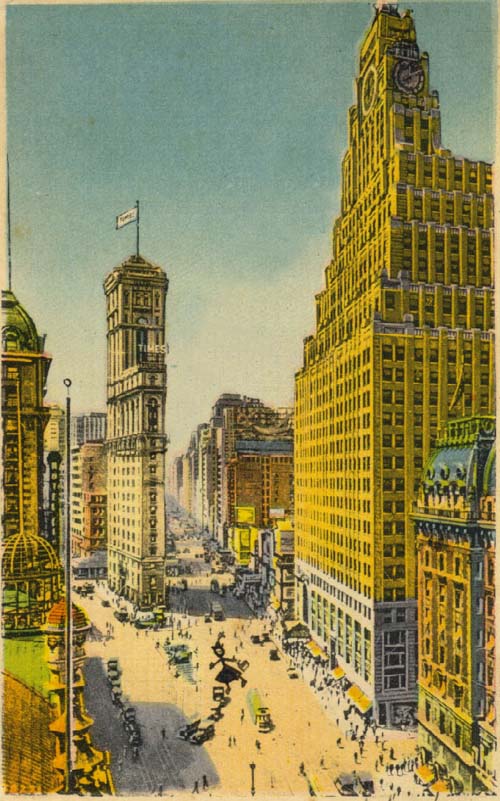 Soon after, the entrance was bricked up, although the remains of an archway above the door are still evident. ABOVE: Times Tower, center left, early in the 20th Century. It is still standing, although it has now been covered by neon and billboards. 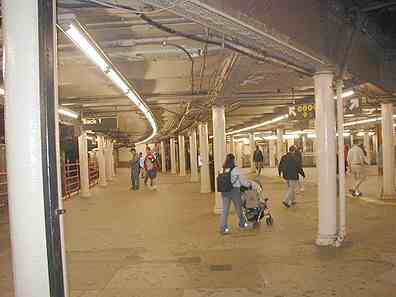 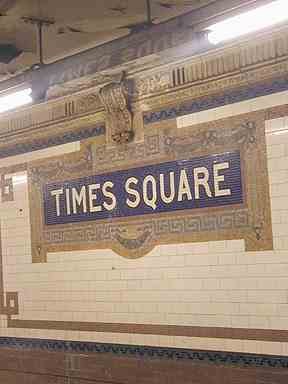 This 7/16/14 NY Times article takes you behind the Knickerbocker door.

[…] it actually is. Which train station? How cool would Grand Central be? Or how about that “Door to Nowhere” or abandoned subway platforms? Come on. That’s the platform for the American Hogwarts […]