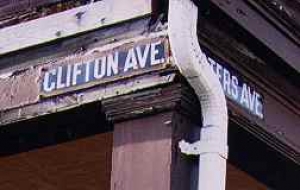 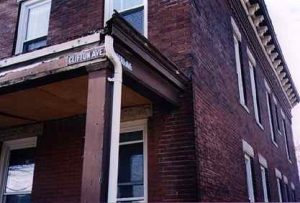 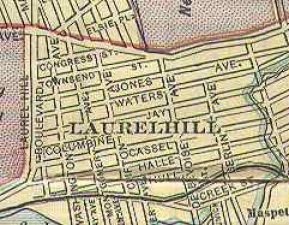 Waters Avenue and Clifton Avenuecan be seen on this Brooklyn Eagle map dating from about 1900. None of the streets in the neighborhood, with the exception of Laurel Hill Boulevard (on the left) have kept their old names. Note, however, two streets named Jay and Hull Avenues. Further east, in Maspeth, they still go by their old names.

UPDATE: The signs were removed sometime in 2007.

THE DOOR TO NOWHERE

I grew up there and want to rerurn