Here we present some old designs that don’t easily fit the above categories, including the remains of the last gaslight-era lamp left standing. 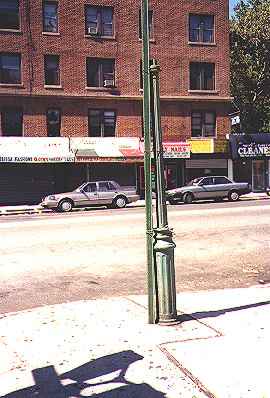 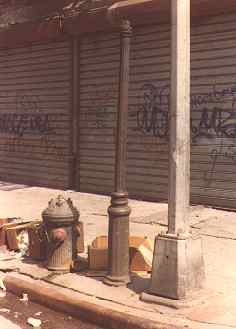 LEFT: This unprepossessing little pole, at the corner of Broadway and West 211th Street in Inwood in Manhattan represents a last dinosaur.

Of the thousands of gaslamps that once populated the streets of Little Old New York, lit in the evening by the ol’ lamplighter, this, according to legend, is one of the last ones standing.

What a treat it would be if they could reactivate the gas main, install a glass diffuser and wick, and let Inwood bask in the glow of gaslight again!

In 1999, real gaslights were installed in City Hall Park on Broadway and Barclay Streets.

An actual working example of an 1800s gaslight can be found at the end of Patchin Place in Greenwich Village. It has been wired for electricity.

RIGHT: This other gaslight shaft stood on Broadway until the mid-1980s. Note the old-style fire hydrant next to it. Photo: Bob Mulero 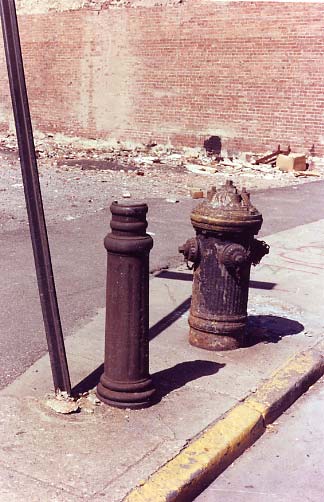 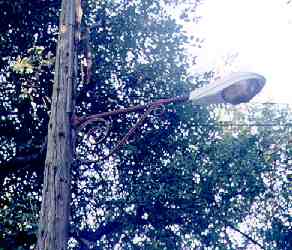 Tucked away in obscure Stone Street, an obscure alley in the Grymes Hill area of Staten Island, is this odd combination. The mast is usually used to mount orange fire alarm lights but here holds a modern yellow sodium light. 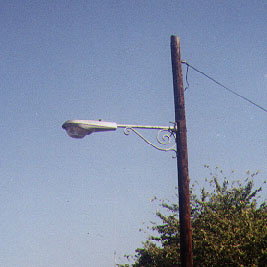 A similar combination, with a Westinghouse Silverliner,  is on Chaffee Avenue near Pennyfield Avenue in the outlying Throgs Neck section of the Bronx. 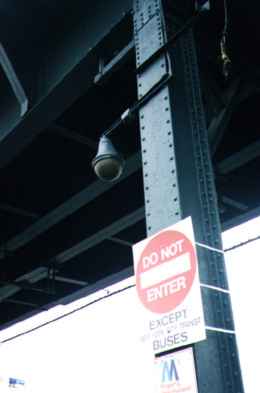 Lurking in the shadow of the Williamsburg Bridge in Brooklyn, under some of the oldest trackage in the NYC subway system, are some very old lamp fixtures. This one dates from the 1930s and is used to light the ramp for the bus depot. It had nearby brothers on adjacent poles, 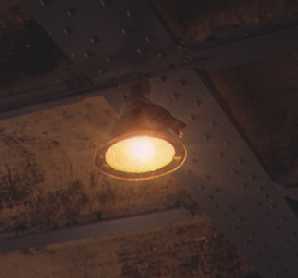 Under the bridge that carries the Long Island Railroad over Northern Boulevard in Flushing lurks a very old incandescent-style lamp that pigeons find very convenient. 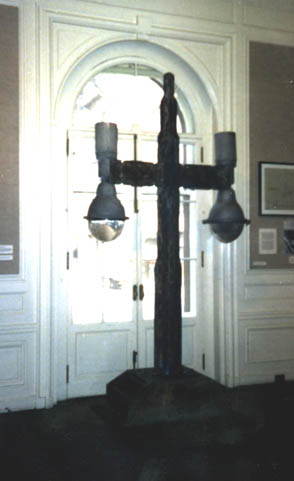 Formerly a part of the West Side Highway, this twinlamp found itself a part of a lamppost museum exhibit at the Helmsley Palce Hotel on Madison and 50th in the spring of 1989.

These are some of the stranger lammposts NYC has yet produced. The lights required weights on the top to keep the poles from pitching over. 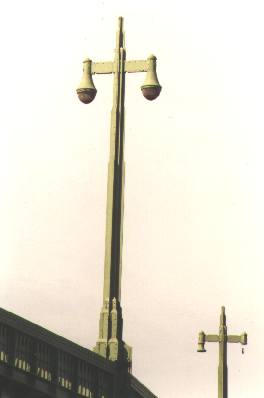 From 1927 to the early 1980s, these distinctive posts with ziggurat-style shafts lined the West Side (Miller) Highway. The collapse of a portion of the highway in 1973 led to the closure of most of the highway’s stretch. This pole was on the extant remnant north of 46th Street, shot in the early 1980s by fellow lamp buff Robert Mulero.

OLD ADS IN QUEENS. Ancient ads for Planters, Mobil and Kodak on the streets of Queens.