Many people don’t know it but many of the buildings of the original village of Astoria still survive, in a tiny area west of 21st Street and north of Astoria Boulevard, and most are in terrific shape. Walking through the area is like taking a trip back to the mid-1800s, when may of these houses were built.

Astoria is in the northwest corner of Queens, accessible mainly from the N elevated train on 31st Street, or by driving the Triboro Bridge from 125th Street in Manhattan.

Although Astoria Village was founded by William Hallet and later, Stephen Alling Halsey, it was named for fur tycoon John Jacob Astor. Mansions were built for lumber and shipping magnates in the 1850s, many of which remain standing today. A ferry connected Astoria with 92nd Street in Manhattan between 1867 and the opening of the Triboro in the 1930s. 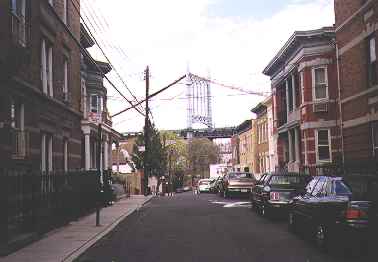 View of the Triboro from 14th Place. The two homes with pillars on each side of the street date to 1910. 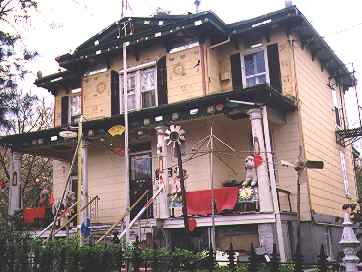 Eccentrically decorated house on 12th Street. This one has to be seen to be believed–the photo does no justice to this.

By 2001 the house was sold and the decorations had disappeared. 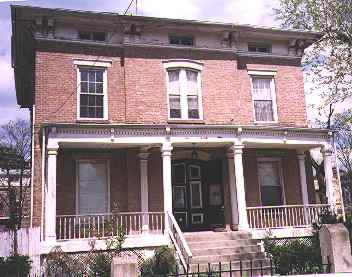 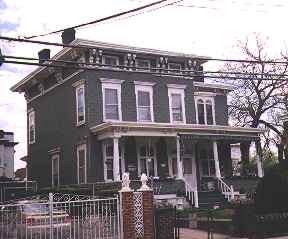 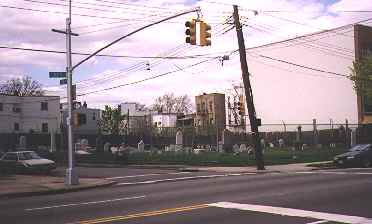 What would a visit to an old neighborhood be without a look at its old cemeteries? Most old villages have one or two cemeteries and churchyards, and Astoria Village is no exception…

The Irish Famine Cemetery, on 21st Street and 26th Avenue, is the final resting place of about 100 early Irish immigrants to Astoria, many arriving after the Irish potato famine of 1847. 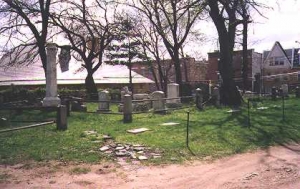 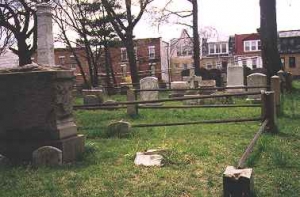 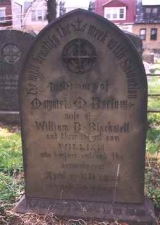 One of the earlier stones belongs to Margaret M. Barlow and dates to 1853.

Need more information about Astoria Village? Check out this site.

Questions? Comments? E mail me at erpietri@earthlink.net. Thanks for visiting the site.