Scattered throughout New York City are streets that are composed entirely of steps, and steep ones at that. As a rule they were placed on hills that were too steep to build a road, yet in a rare concession to pedestrians, it was determined to allow them access to the streets denied to motor transportation.

Many of these step streets–there are dozens–are found in upper Manhattan and the Bronx, as well as northeast Staten Island, the hilliest areas of New York City. There are also a few scattered in Bay Ridge and Highland Park sections of Brooklyn.

The longest step street in the Bronx is West 230th, which connects Riverdale and Netherland Avenues in the Spuyten Duyvil section. 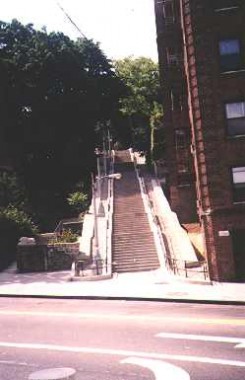 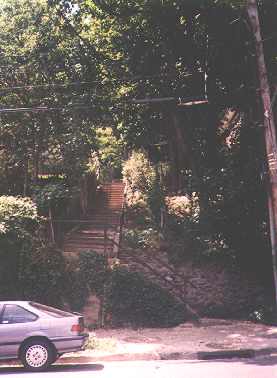 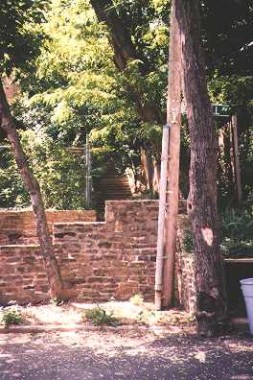 Anyone wishing to take the steps regularly from the West 231st Street IRT stop all the way up the hill to the apartment houses along Henry Hudson Parkway is going to wind up with a very good heart rate. They are quite steep. In the early 2000s the steps were repaved and renovated: here are a few shots of the West 230 steps from 2003: 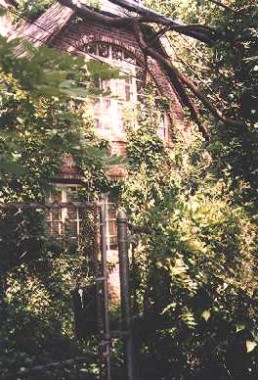 Along West 230th along the steps are a couple of homes accessible mainly from the stairs, built on a very steep hill. 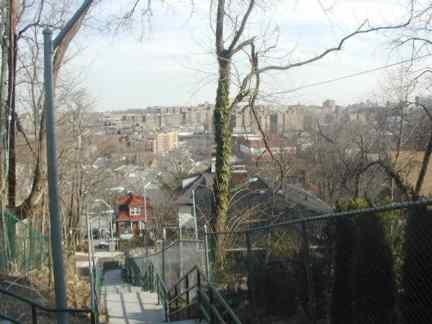 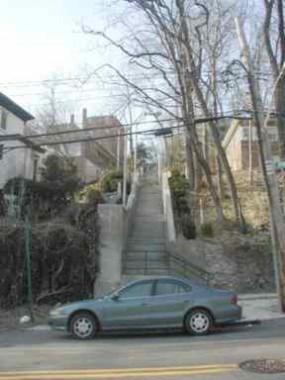 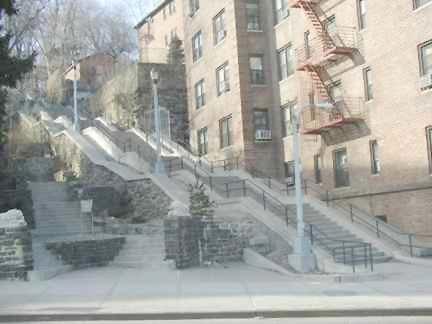 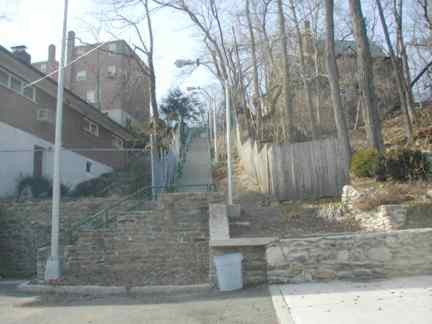 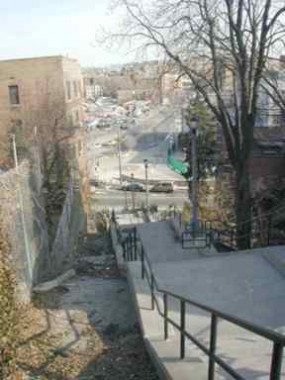 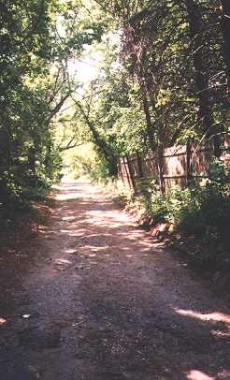 Completing its unusual nature, West 230th turns from a step street to a dirt road between Arlington and Fairfield Avenues. 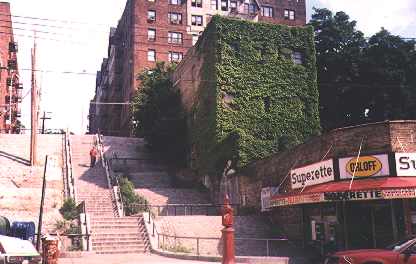 In the neighboring Van Cortlandt Village neighborhood, a step street connects Orloff Avenue and Cannon Place. (Orloff Van Cortlandt, according to the Bronx Historical Society, was the first Van Cortlandt to settle in the area). 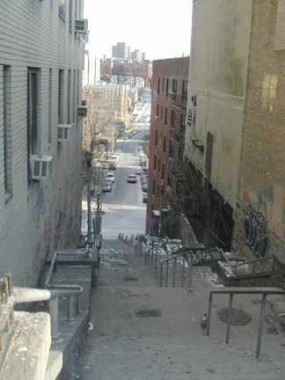 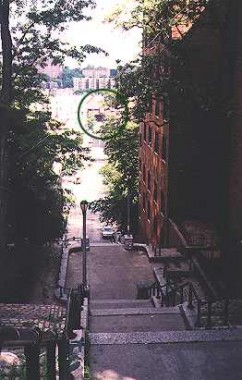 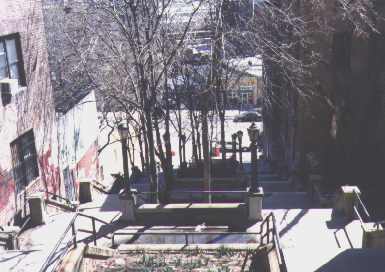 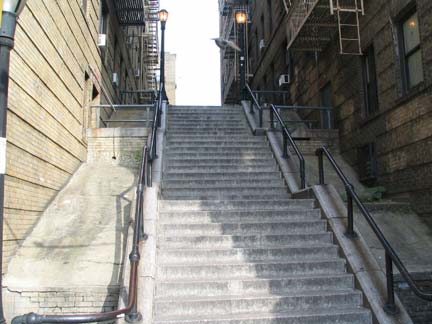 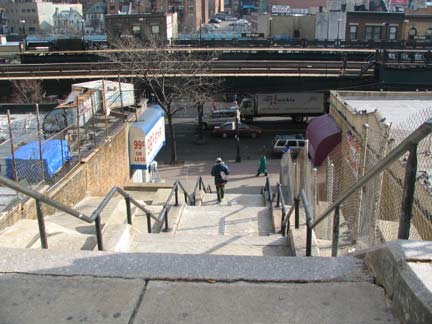 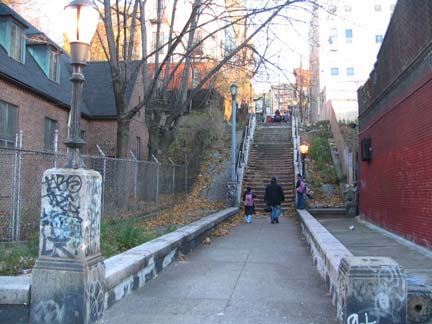 Bay Ridge, Brooklyn, as you would guess from its name, is situated on a steep hill that runs between Ridge Boulevard and Colonial Road. Occasionally the hill is too steep for vehicular traffic and step streets were built there. 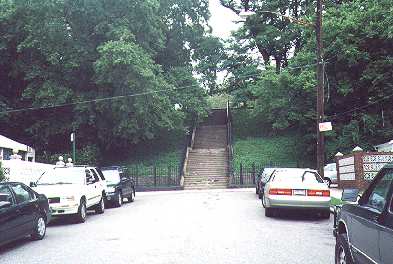 The 74th Street steps have been rebuilt in recent years. Residents maintain a garden. 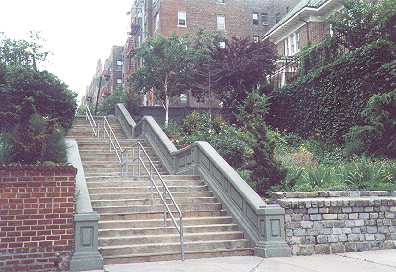 76th Street. Two mansions look down on the hill at the top of the steps.

SHADY SHRADY and other Bronx lanes