I don’t drive. Not only don’t I see the sense in laying out hundreds a month for car payments, gasoline and repairs, I’m carphobic, and don’t see the sense in roaring around on expressways at 60 mph, a second away from being smeared all over the BQE. Having lived in New York since 1957 (as long as I’ve been alive) I haven’t had the need to take this kind of risk, not with the occasionally reliable New York City transit system at my disposal!

That doesn’t mean, though, that I don’t notice Forgotten possibilities in ancient car factories and dealerships that haven’t rolled out a suicide machine for 35 years or more. So…on this Forgotten page we’ll present a couple of buildings that are probably never thought of as former auto palaces by local residents.

This garage on Broadway and Sherman Avenue in Inwood is, fittingly, a former Packard dealership. Packard was in business between 1899 and 1956. “Packard” can be seen chiseled into the top of the building. 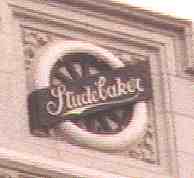 The Studebaker brothers opened a blacksmith shop in South Bend, Indiana in 1852, and before long they expanded their business to covered wagon maufacturing. They became the largest wagon business in the world, but that was only the beginning…they made a successful transition to motorized vehicles as the new century dawned, and rolled along until 1966. 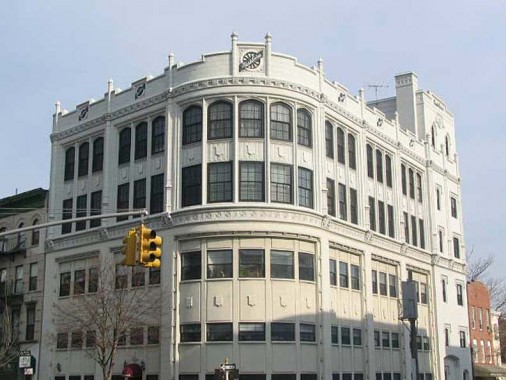 What concerns us here in Forgotten NY, though, is the beautiful building Studebaker left behind on Bedford Avenue and Sterling Place in Crown Heights.

Not being a student of architecture, I can’t tell what style this building is (shockingly, the AIA Guide does not mention it).

Bedford Avenue between Eastern Parkway and Atlantic Avenue was, apparently, the center for automobile dealerships in the 1910s and 1920s, which would seem to be a likely construction date for this building. 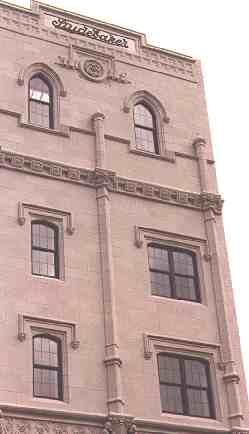 Note the terra cotta “Studebaker” sign atop this venerable edifice.

Photography and research by Gary Fonville

WHAT THE HECK IS THAT THING?

RE: the Studebaker building at Bedford Ave. and Sterling Place in Brooklyn I can tell you this. Circa 1960 the building was used as a local neighborhood department store named Beco’s (pronounced bee-co’s). My mom worked there. She said the name was a combination of the owner’s wives name, Betty and ? It was a “schlock store” selling close out mercandise. The ground floor corner had doors and picture windows like you would expect in a department store with the wooden counters you would expect of the time period. Only the first floor was used. The second floor was open with a balcony surrounding the selling area on the ground floor.

Across the street was Loehmans clothing store with the 2 lions out front. Times were different then.