REGIS PHILBIN AVENUE. Who wants to be on a street sign?

“Ok, we’re back and here it comes for ONE MILLION DOLLARS!

Which former Joey Bishop sidekick, cookbook author, singer and fitness video auteur not only has the most popular show on ABC in decades, but his very own street in the Bronx?”

Yeah, well, you know who it is. “Reege” has joined the myriad of neighborhood folks made good who have had blue street signs dedicated to them: in this case, Cruger Avenue between Sagamore Street and Bronxdale Avenue in Morris Park.

The blue sign is in the same shade of blue that all Bronx street signs appeared in between 1964 and 1984.

I’ve found details of Regis Philbin’s youth in the Bronx hard to come by, but it’s obvious, at least to the DOT folks who installed the signs, that Regis lived on this block for awhile when he was growing up. I have no idea what the block looked like back then, but these days it’s a pretty quiet block dominated by the old NYW&B trestle converted to IRT service back in 1940. 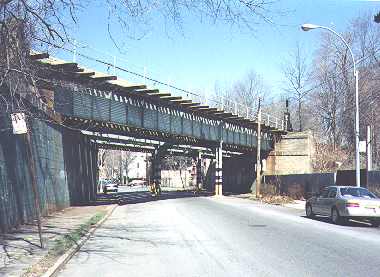 Cruger (Philbin) Avenue is pretty much typical of Bronx streets in the Van Nest/Morris Park area. A junk yard here, a two family home there. Above, the old NY,W&B railroad, now the #5 train, runs over the avenue north of Sagamore Street.

By the way, the Cruger that Cruger Avenue is named for was no slouch either. Both John Cruger Sr. and John Cruger Jr. were appointed mayors of New York City, Senior from 1739 to 1744. (NYC mayors were not popularly elected until 1834.) Cruger Senior had traveled the world after being impressed (forced to serve) on a slave ship known as the Prophet Daniel. The ship was captured by pirates, who sold it to an African chief, who then sold it to whites who took it to South Afrca. Cruger later became a slaver himself before becoming involved in New York goverment. 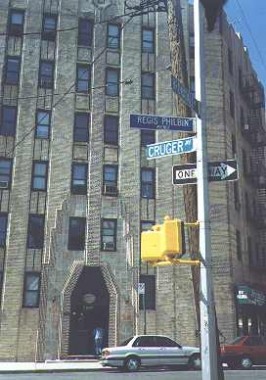 Could this handsome Art Deco apartment building at the corner of Philbin and Bronxdale have been Regis’ home? 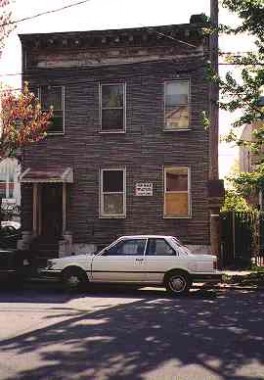 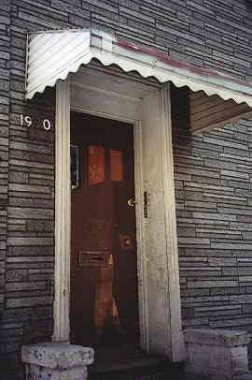 No. The final answer, Forgotten Fan Doug Douglass reports, is that Regis lived in this modest two-story brick building at 1990 Cruger. The fifty years or so since he lived here have seen their share of wear and tear on the building, including an ugly fake brick insulation job.

Bronxdale Avenue at Regis Philbin Avenue is lined with classic apartments that would make the Grand Concourse envious.

This Art Deco classic used to contain a swimming pool.

The triangle formed by Hunt Avenue, Antin Place and Bronxdale Avenue is highlighted by a magnificent Tudor-style apartment building.

You still find a lot of these 1940-era apartment plaques around town.

Bronxdale Avenue is a very old Bronx street and ran through a swampy area that was, in the colonial era, frequented by the occasional bear. The road bore the name Bear Swamp Road until early in the 20th Century. In the early 19th Century, a nearby section of East Tremont Avenue was also called Bear Swamp Road. 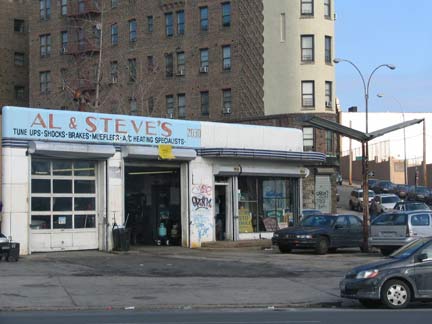 This service station looks as it might have when Regis lived nearby.

By 2003, Regis had vacated the “Millionaire” seat to former 60 Minutes and The View newslady Meredith Vieira and the former prime time ratings giant was seen only in middays.

2010: The Regis Philbin boyhood home has been demolished.