Who IS buried at GRANT’S TOMB? 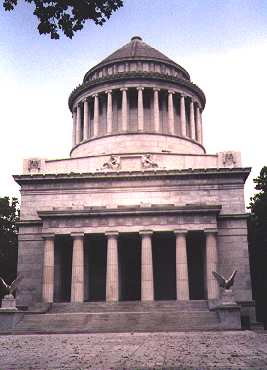 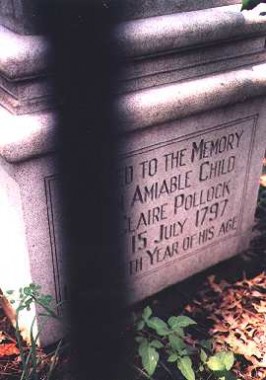 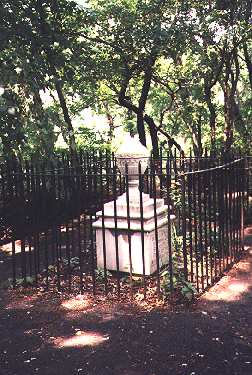 It’s not who you think.

The last resting place of the 18th President, Ulysses S. Grant, and his wife on Riverside Drive on the Upper West Side has been the subject of NYC’s most infamous, and silliest, riddle over the years. The correct answer is that nobody is buried under the monument…Grant and his wife are, however, entombed here and are not six feet under. (That’s why it’s Grant’s Tomb, not Grant’s Grave.)

If you take a short walk up Riverside Drive, you will find a grave here.

It’s a small monument surrounded by an iron fence.

The story goes that St.Clair was playing on the rocks overlooking the Hudson River on the Pollock property, and fell to his death on July 15, 1797. He was five years old. When the Pollocks later sold the property, his uncle made the request that St. Clair’s grave,which was on the property, would always be respected. Though this part of NYC has been through many hands since then, St. Clair’s grave has always been marked. 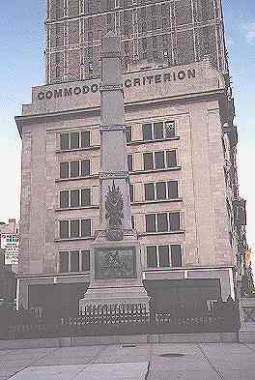 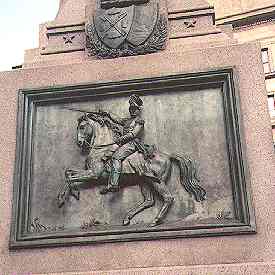 The General William Jenkins Worth Monument, on the triangle formed by Broadway, 5th Avenue, and 25th Street, not only is a memorial to the Mexican War general, but is, in fact, his gravesite. It was created by sculptor James Batterson in 1857. Since Worth died in 1849, his remains may have been transferred here.

The iron gate surrounding the obelisk is famed among cast-iron connoisseurs.

According to some accounts, General Worth was “egotistical, truculent and insulting”, although he commanded ably in battles against the Seminole Indians and later in the Mexican War in 1848. He died of cholera in 1849 in Texas. Though he did not die in battle his is depicted on his obelisk with both his horse’s front hooves off the ground.

Though Worth was from Albany, NY and attended West Point and later commanded it, he is not especially connected with New York Cityl his best-known legacy is the city of Fort Worth. Yet, he is buried here, and a downtown street (Anthony Street) was renamed for him soon after his death.