New York City contains several fine zoos (and we’ll use the un-PC term ‘zoos’ here)… the Bronx Zoo, the Central Park Zoo, the Prospect Park Zoo in Brooklyn, even the Queens Farm has a nice petting zoo complete with farm animals, and the Coney Island Aquarium is world class.

But NYC also has zoos and aquariums on the buildings you walk past every day, both at street level and high above. This time we’ll take a look at three buildings in the Grand Central Terminal area that you just might hear a roar, a moo or a bark from if you listen carefully enough. 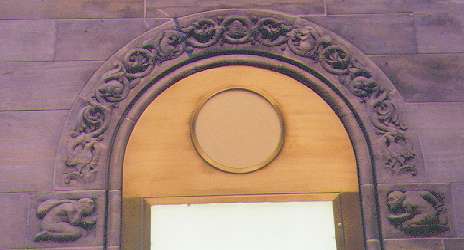 The Bowery Savings Bank, now Cipriani’s Catering Hall at 110 East 42nd Street, has one of New York’s finest Art Deco lobbies. Not that the public is allowed to see it by an over-vigilant security staff. Oh, well, it’s the exterior of the building that concerns us here, since carved into the stonework in this 1923 Byzantine basilica are a variety of creatures, both human and animal.

Nut-gnawing squirrels crouch on the arches over the windows, and the columns boast eagles, goats, oxen as well as bearded human heads and hands grabbing sacks of money (or at least that’s what it looks like). 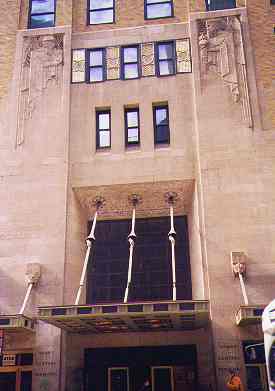 The Graybar Building abuts Grand Central Terminal as well as the Grand Hyatt (formerly Commodore) Hotel on Lexington Avenue across the street from the Chrysler Building.

Above one of the entrances, a handsome canopy protects people waiting for taxicabs. But what are those bumps on the struts holding the marquee in place? 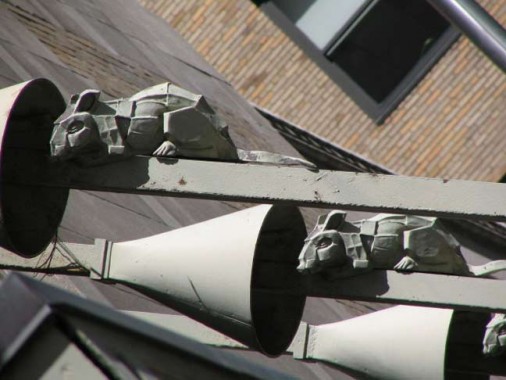 Hey, those ain’t bumps–those are rats!

What in the world are carved rats doing on a NYC building? We have enough real ones! 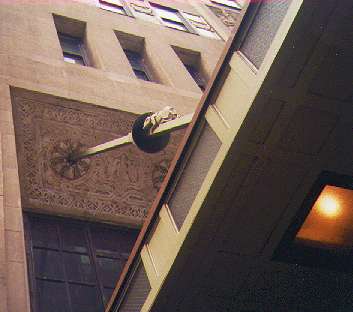 Let the late Meyer Berger, who was the Forgotten NY specialist of the New York Times in the 1950s, explain it all for you.

“The architect…tries to symbolize the fact that the Graybar Building was the focal point in the country’s greatest maritime and railroad center. The rat-and-hawser motif is there to symbolize a ship and, in turn, a port. The rat on the hawser, baffledby the rat-guard, is trying to get into the ship. The circle of rat heads on the side of the hawser typify the rats IN the ship.

“You will see some grasshoppers in the design, too, because, as in the song, ‘Grasshoppers stand upon the railroad track.’ And, too, you will see a number of albatrosses–birds of the sea–carved here and there.”

I’ve looked, but can’t find any bugs or birds, but the rats are ceratinly there. The Graybar was constructed in 1926.

A close look will reveal eight rats’ heads surrounding the ‘hawser’ as it reaches the Graybar Building.

Another Art Deco extravaganza, the 1929 Chanin Building, at 122 East 42nd Street, features a gilt bas-relief designed by Edward Trumbull running around the facade. 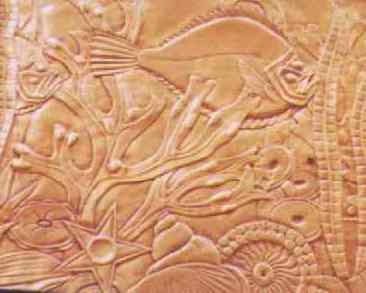 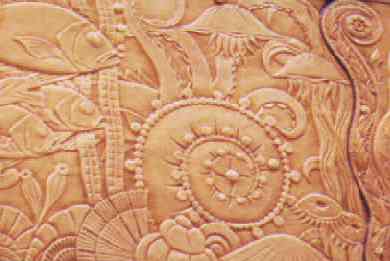 As well as octopuses, jellyfish and bass!

Who IS buried at GRANT’S TOMB?

FUTURE LIGHTS. The odd lamps of the Queens-Midtown Tunnel

Daily What?! Sculpted Rats on the Graybar Building at Grand Central | Untapped Cities August 5, 2013 - 7:56 am

[…] rats were explored previously by Forgotten NY, who quoted the New York Times’ Meyer Berger: “The rat-and-hawser motif is there to […]