Brooklyn’s Sheepshead Bay, named for the fish that used to be abundant there, has been occupied by Europeans since the 1640s when English noblewoman Lady Deborah Moody planned the village of Gravesend.

Some of the first roads in the area, Gravesend Neck Road and Sheepshead Bay Road, still survive today, and roads that became streets like today’s Dooley Street turn up on early maps.

Most of the alleys of Sheepshead Bay came into existence during a building boom between 1920 and 1926. The area north of Sheepshead Bay had been dominated by the Coney Island Jockey Club (the Long Island Rail Road even had a spur connecting its Manhattan Beach Branch to the racetrack.) A ban on betting ended the track’s horse racing era, and after attempts to convert to auto racing and carnivals, the track closed for good.

Sheepshead Bay, with its waterfront acreage, was always a magnet for inns and fine restaurants. For awhile in the late 19th and early 20th Century, it was known as Brooklyn’s gold coast. Eventually, the magnates and nabobs moved east, and cheaper bungalows and taverns replaced the more extravagant dwellings.

In 1920 a developer named Robert Densely bought land north of Emmons Avenue, east of East 29th Street, and west of Batchelder Street, which was mostly a marsh. He dredged sand from the bay and built one-story, bungalow-type homes on the lots. It was on those lots that the alleys of Sheepshead Bay were built. 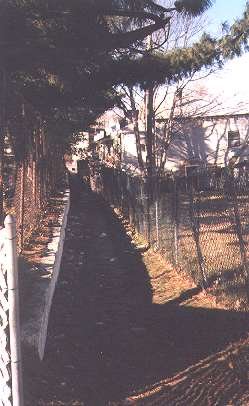 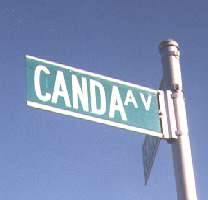 Yes, despite being a pedestrian path, Canda is, indeed, an avenue. It angles north from Emmons Avenue west of Nostrand.

Named by Densely after one of the executives of the title companies he dealt with. 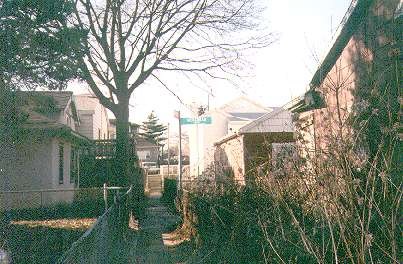 The alleys of Sheepshead Bay are placed below the level of the main streets of the area, and they intersect each other. This means that looking down the paths you can see street signs sticking up out of seemingly nowhere. 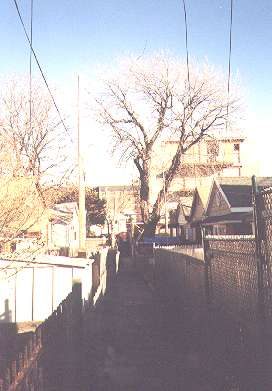 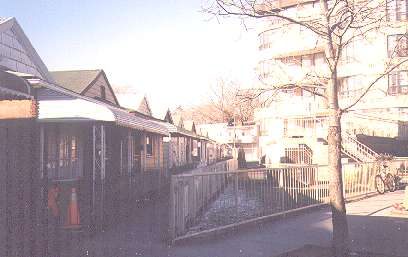 I had thought that Hitchings Avenue’s name was a throwback to when horses and buggies ruled the roads. But no, it’s another developer friend of Densely.

Hitchings Avenue angles off at the left side of the picture. 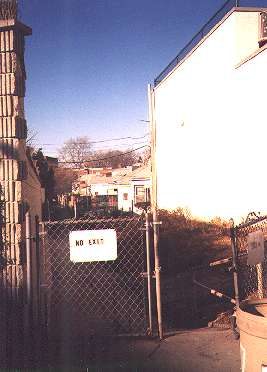 It’s possible that Lake Avenue, a dead end on Emmons Avenue west of Haring, was named for the Lake family, who were prominent in Gravesend’s early days, or that Lake was a friend of Densely. 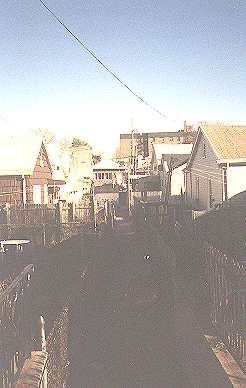 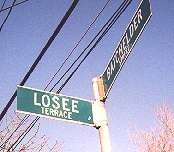 Losee Terrace runs from Haring east to Batchelder south of the Belt Parkway. It intersects both Mesereau Court and Stanton Road. 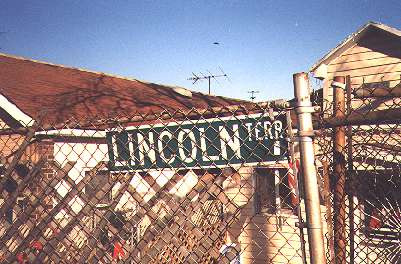 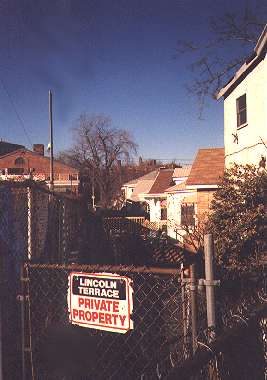 Runs between Emmons and Nostrand just east of Hitchings Avenue. Named by Densely. 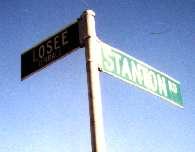 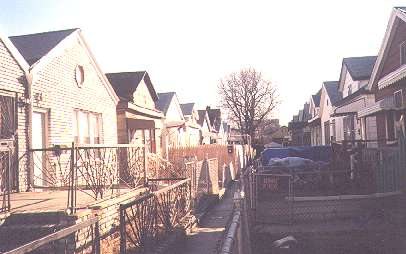 Parallel to and east of Mesereau Court.

Not all of Sheepshead Bay’s alleys are a part of Robert Densely’s bungalow development. There are other alleys strewn throughout the neighborhood, some of them remnants of old roads and others are relatively new. 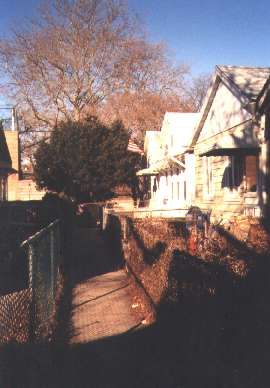 Mesereau Court is a north-south alley running between Dunne Palce and Losee Terrace. It is reachable only on foot, like the parallel Stanton Road. Meseraeu was an associate of Densely. 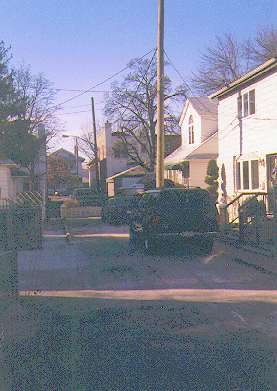 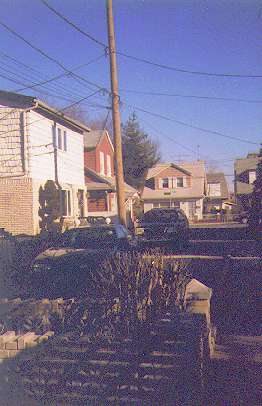 Kenmore Court, between East 21st and 22nd Streets south of Voorhies Avenue, is unremarked on most maps, but it’s there nonetheless. Some older maps show East 21st Street as Kenmore Place, and a few miles to the north, in Flatbush, is a picturesque alley named Kenmore Terrace on, you guessed it, East 21st Street. 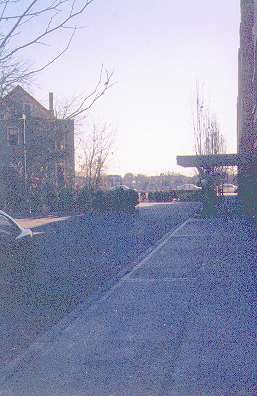 Poole Lane, between Emmons Avenue and the Belt Parkway near East 21st Street, has been mostly obliterated by a senior housing project (the driveway, shown at left, follows its old path). Poole Lane ran alongside this old house on Emmons Avenue with a double-decker porch. It had a partner to its west, Kelly Lane, of which all trace is now gone. Emmons Avenue used to be lined with similar houses; all are gone, save this one. Emmons Avenue an alley? Well, part of it is. To get to this part of Emmons Avenue you have to go north on Knapp Street, then east on Harkness, and south on Plumb Third. You’ll find yourself on this spur of Emmons, which is the original eastern limit of the avenue.

It was cut off when the Belt Parkway was constructed about 1940.

Above: pleasure crafts and yachts in Shellbank Creek’ below, remnants of the east end of Emmons Avenue; WHO ARE THOSE GUYS? Part 1: Lower Manhattan statues