On Sunday, April 27, 2003, twenty-five Forgotten fans arrived in Van Cortlandt Park at the end of the IRT #1 line and embarked on a voyage of discovery in Riverdale… 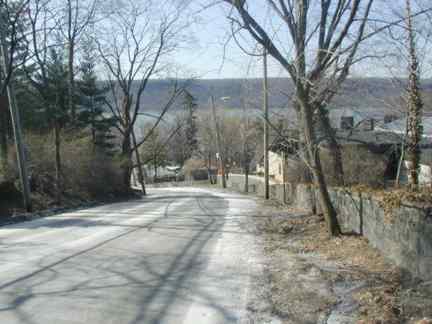 Stopping first at the Van Cortlandt Park Station on the old New York Central PutnamBranch, we imagined what it would have been like to wait for a train here; trains have not picked up passengers here since 1958. 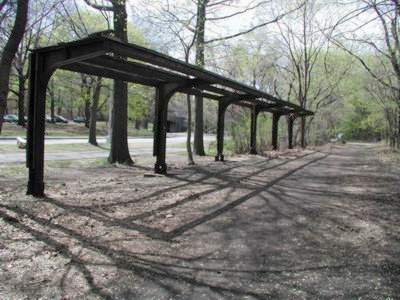 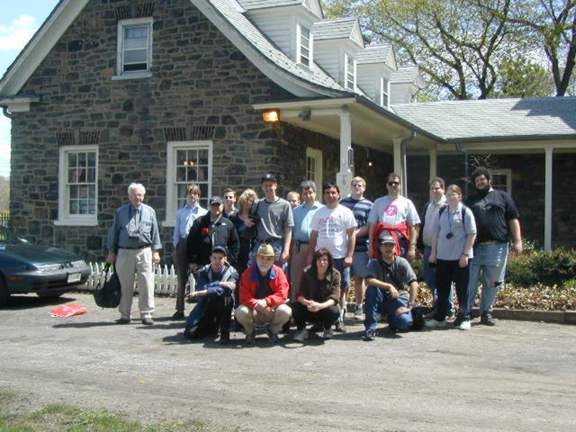 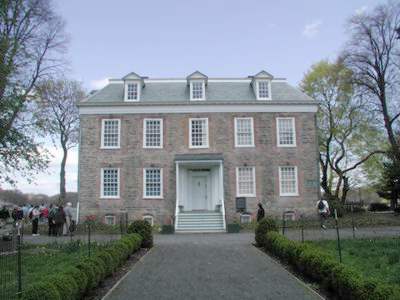 Nothing like a Dame: Van Cortlandt Mansion, built in 1748, was the next stop. Acre for acre, the Bronx has more parkland than any other borough, with the vast Pelham Bay, Bronx and Van Cortlandt Parks. The Mansion was built in 1748 for Frederick Van Cortlandt, a prominent family in the area. George Washington used the mansion as a headquarters during the Revolution. It is maintained by the National Society of Colonial Dames as a museum appointed with period Colonial and Federal collections. As we saw, though, it’s hardly the oldest house in the Bronx… 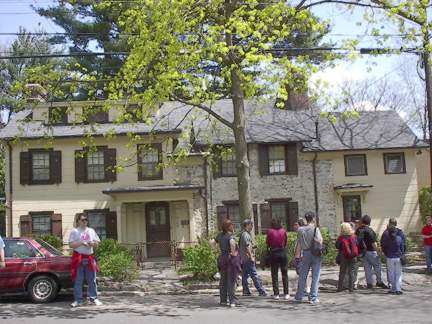 The Hadley House on Post Road also, like the Van Cortlandt Mansion, served the revolution, housing a corps of volunteers assisting American troops. Brothers Geoge and Willam Hadley built the house in the mid-1700s: it may even pedate the masion. It was rescued from demolition in 1999 when it gained landmark status. The house’s current owners welcomed the tour enthusiastically. To the rear of the Hadley House is a service road that is a remnant of the original Albany Post Road. The road was later straightened to become Broadway, and the current Post Road is another reminder of its route. 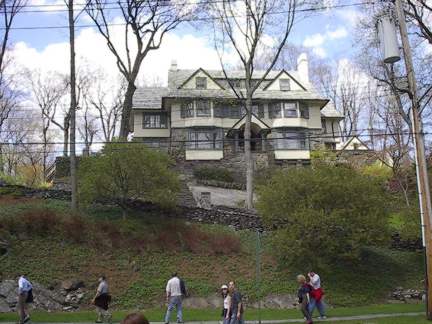 The tour wound its way into Fieldston, an exclusive area marked by its beautiful homes with an emphasis on Tudor architecture. There is a hidden pond on Livingston Avenue, unmentioned on the maps, which is how area residents prefer it. Wave Hill…surpringly hard to approach (West 249th is really the only east-west street that reaches it, causing motorists, bicyclists and hikers to jam the narrow, potholed path)…is officially known as the Wave Hill Center for Environmental Studies, but is really Bronx’ second botanic garden (the first being in Bronx Park) and a relaxing rural retreat 45 minutes from Times Square by subway. The mansion (also known as Wave Hill) was built by William Lewis Morris in 1844 and expanded by subsequent owners. After conservationist George Walbridge Perkins bought the estate, he built the nearby Glyndor mansion, also on the Wave Hill grounds, and rented the older building to guests like Theodore Roosevelt and Mark Twain. 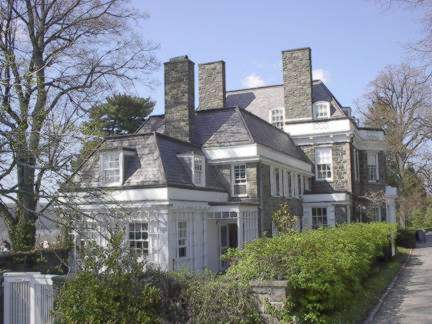 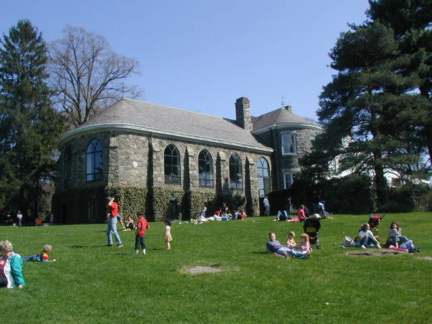 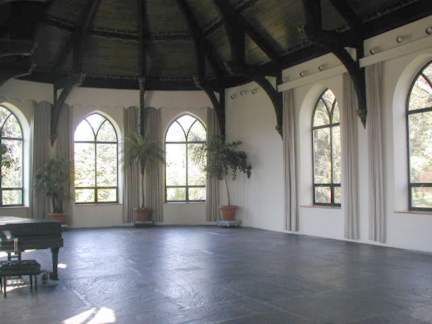 A look at two of Wave Hill’s sun rooms. The room above is known as the Armor Room; former tenant Richard Dean, curator of armor at the Metroplitan Museum of Art, filled it with some of his collection. Dean, a Renaissance man, also was in charge of the reptiles and fishes at the Museum of Natural History. 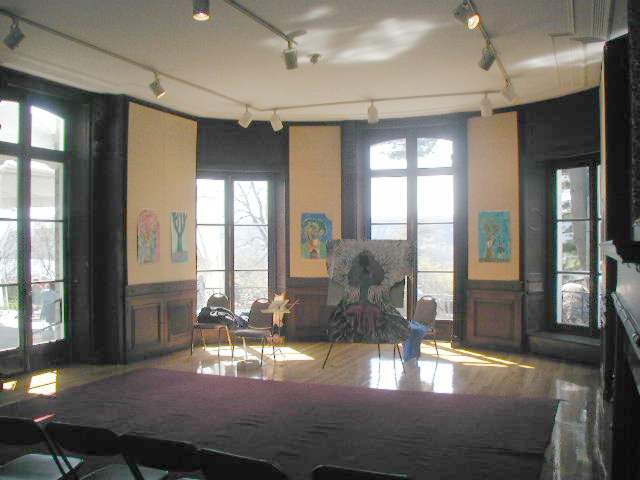 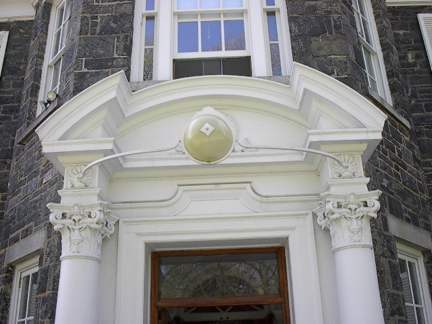 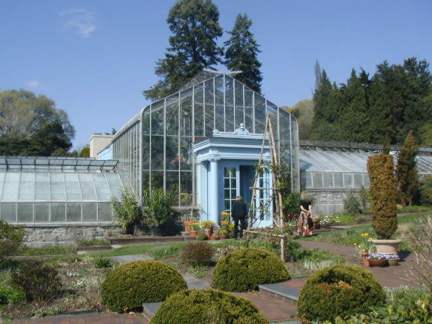 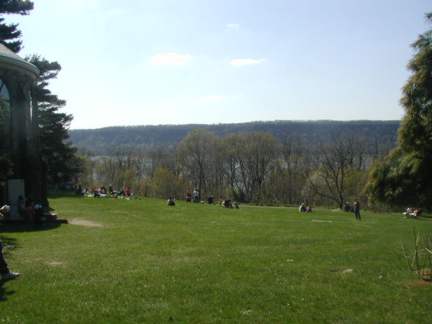 Its view of both the Hudson and the New Jersey Palisades make Wave Hill unique among New York City parks.

DEEP SIXTH: a walk up Avenue of the Americas