Once a year the burghers of Brooklyn in the Prospect Park South, Ditmas Park, Fiske Terrace, Midwood Park, and Beverl(e)y Squares East and West neighborhoods open their doors to allow the hoi-polloi to see what residential architecture looked like when houses were built when aesthetic principles, not economic ones, were paramount.

The streets of Brooklyn south of Prospect Park provide a stark contrast…while there will be tree-lined blocks full of turn-of-the-20th Century homes with wide lawns, turn the corner and be presented with crowded, tenement-like apartments nearby new Fedders buildings with exposed meters and no lawns to speak of.

The homeowners shown on this page struggle valiantly and mightily to keep the modernization and Fedderization of Brooklyn at bay, and FNY thanks them for giving us a glimpse of civilization in a city that occasionally no longer values it. 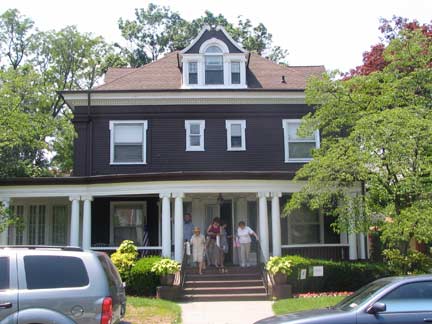 154 Rugby Road (between Albemarle and Beverl(e)y (I parenthesize Beverl(e)y because the signmakers can’t decide if it gets that “e” or not) was built in 1900 and designed by famed local architect John J. Petit, who built many homes in the Prospect Park South area. It was built for a sailmaker and for may years was home to the Goodman family, hair care products purveyors. The dining room features spectacular hand painted murals.

This was the only house on the tour I was in with central air conditioning on a 95-degree afternoon. (Too many Brooklynites who can afford AC seem to be crunchy granola-ites who shun air conditioning.) 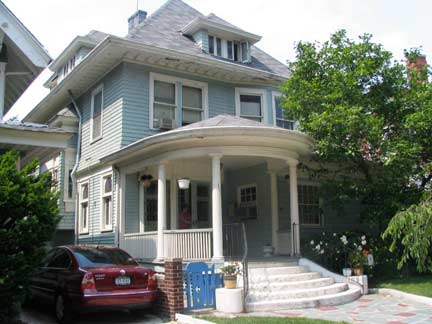 1921 Newkirk Avenue (between East 19th and Ocean Avenue) was the oldest house on the tour, an 1891 home built for shipbuilders. Of all the houses it was the most intact from its original layout. The present owners are only the third ones; a doctor occupied the house for 50 years. There are 42(!) windows, 7 bedrooms, 6 bathrooms.

The mahogany staircases, kitchen tile walls, and leaded stained-glass cupboards are all original features. The third floor attic was the servants’ quarters. 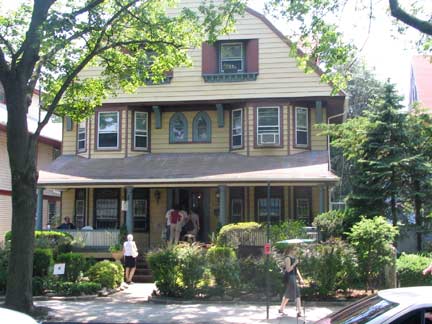 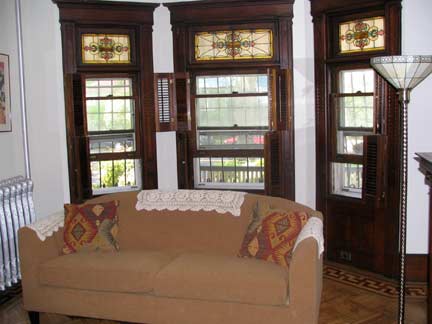 1410 Beverly (OK, I’ll stop) Road between Rugby and Marlborough was constructed in 1901. Note the two lancet windows on the 2nd floor, one for each bedroom. The building is filled with beautiful original woodwork and stained glass (see front porch windows below). 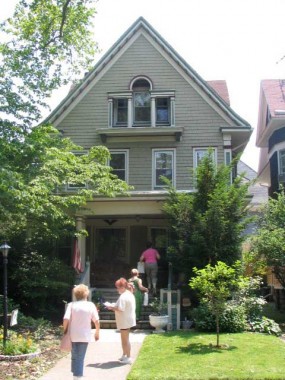 1410 Glenwood Road was constructed in 1906. It was once home to scientist and oceanographer Henry Stommel (1920-1992) who was influential in ocean current studies. The house’s original doors and mouldings are all intact. Owners Ron and Diane Russo have kept it impeccably appointed and cared for over a quarter-century of ownership. Your webmaster found the Forgottenbook on Ron’s bookshelf, so his taste in reading material is unquestioned. 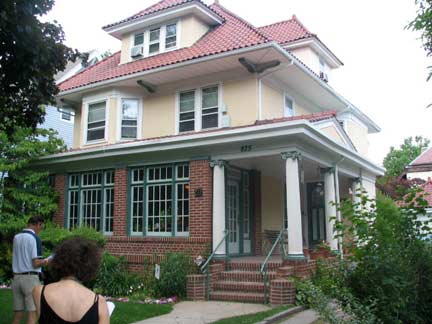 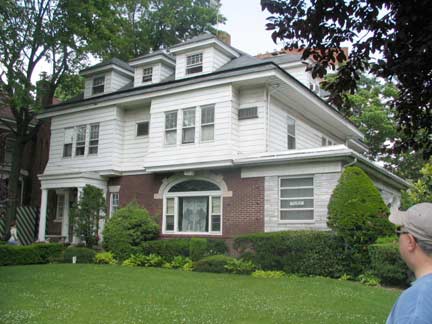 941 Ocean Avenue at Dorchester Road. Built in 1910; an unusual touch is the fanlight window in the parlor, which emits rainbow colors when the sun strikes it right. There is an original blue glazed tile floor and intact intercom system formerly used to call servants. 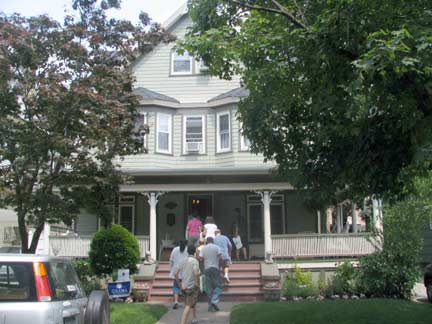 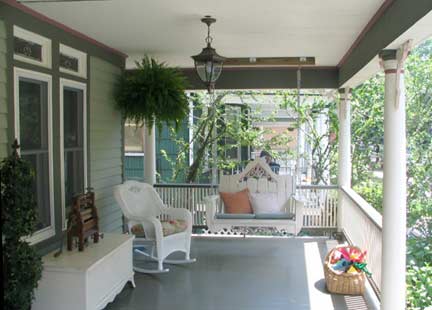 783 East 21st Street had perhaps the best outdoor porch on the tour. The house has been completely renovated from top to bottom in 4 years by its present owner, who kept the original oak door and timber-style paneling throughout the house. The first floor highlight is a large circular stained-glass church window salvaged from a Vermont visit and installed paralelling the dining room ceiling.

Wow! I lived at 1410 Glenwood Road when I was a little kid in the sixties. I had no idea that Henry Stommel lived there! He was the same age as my parents, so he must have lived there as a kid or a young man.