According to the late, legendary Bronx historian John McNamara, writing in History in Asphalt, West 230th Street in KIngsbridge Heights and Riverdale has had an active history. It once led to an island: Hummock Island (Native American name Paparinimen) was part of the estate of Alexander Macomb, scion of a milling family who operated a dam bridge across the Harlem River (the current Macomb’s Dam Bridge was named for it). Hummock was a small island defined by Spuyten Duyvil Creek, landfilled in 1916. In the Revolutionary War, patriots built a fort south of where the street would be that was captured by the British during their NYC occupation between 1776-1783. 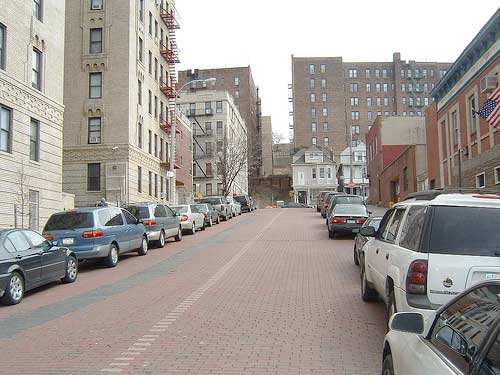 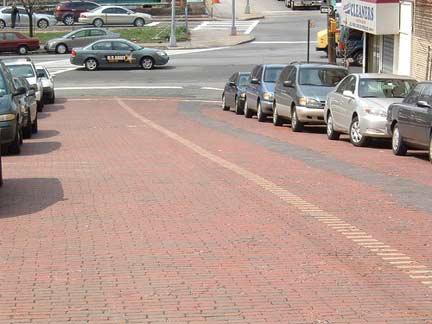 The red brick section of West 230th runs from Heath Avenue west to Bailey Avenue. Further west it crosses the Major Deegan Expressway (where there is an entrance/exit) to Irwin Avenue, where it then rises along one of NYC’s lengthiest step streets to Netherland Avenue. 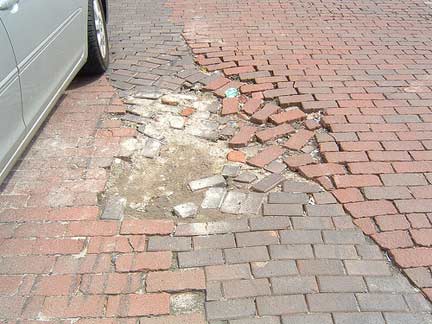 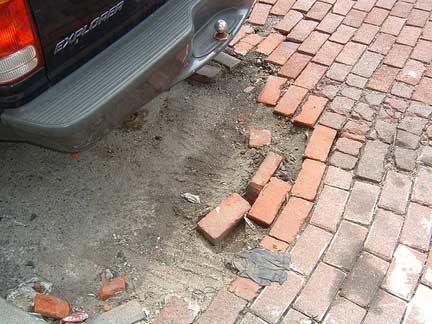 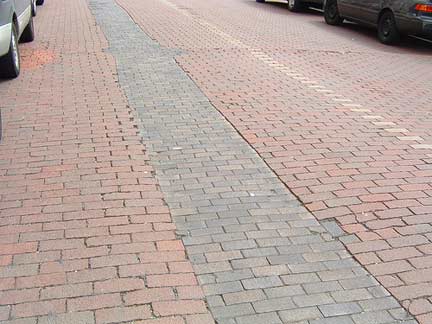 A utility cut was made on West 230th some time ago and in typical NYC fashion, the bricks were put back haphazardly, and replacement bricks were not the same color, apparently. 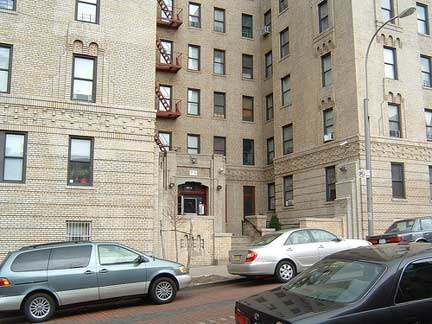 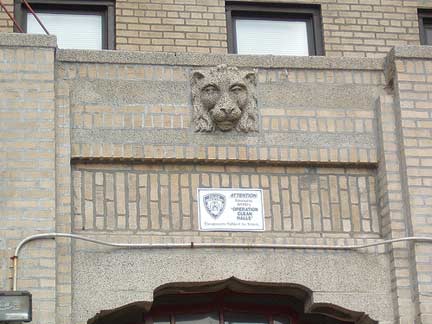 The watchdog or lion carved above the door on a West 230th apartment house does not look particularly fearsome. 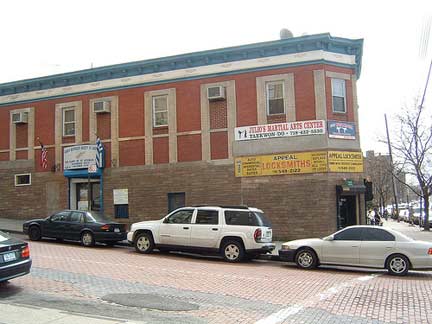 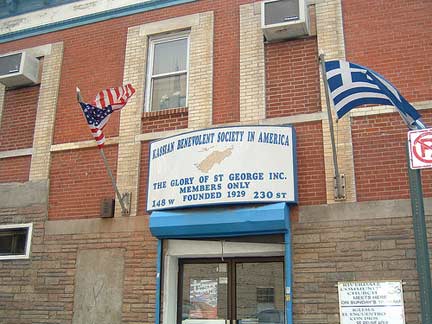 The Kassian Benevolent Society of America, Bailey Avenue and West 230th. Kassos is the southernmost Greek island, positioned between just west of Karpathos in the southern Aegean Sea. The island of Crete is several miles to the west. 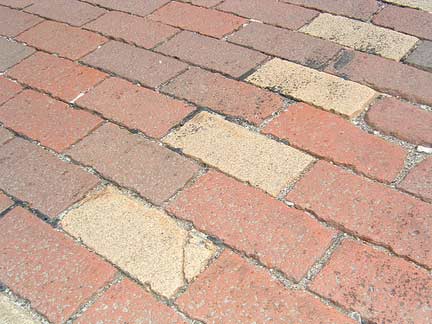 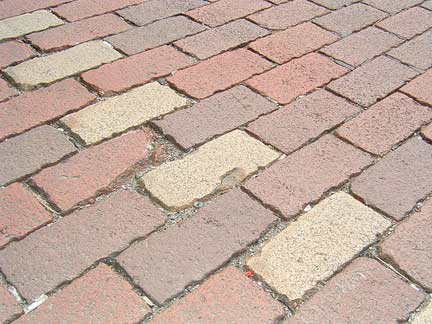 The white bricks at the center indicate that West 230th used to be two-way, but these days it is one-way east. 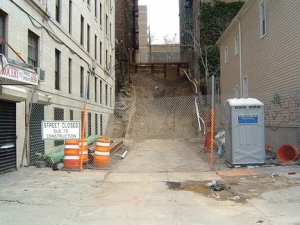 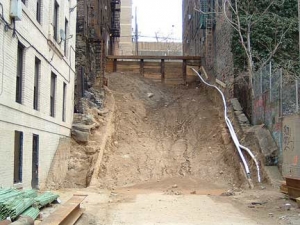 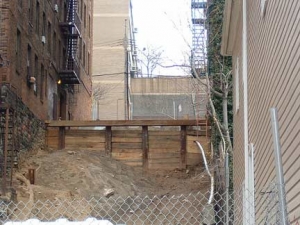 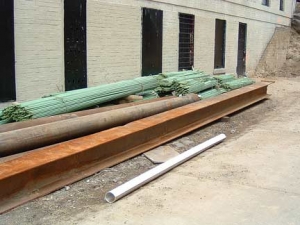 West 230th is shown on maps as continuing through east to Kingsbridge Terrace, but it likely never has, given the steep grade here. It has likely always been a step street and it appears the city is restoring it.

Enjoyed the pictures! My building is the white brick one on the left in the pictures. Played at the bottom of those steps almost daily (for us it was called “around the side”). Kids would take cardboard and slide down the hills on either side of the steps. The “Terracers” who lived at the top of the steps would sometimes throw rocks down at the kids who lived on Heath Avenue, at the bottom of the steps. There were often quite a few bloody heads 🙁 Great neighborhood to grow up in, though. Lots of kids. Lived there until I was about 13.

The bottom of those steps was also the site of the annual Christmas tree burning. Each year, shortly after Christmas, everyone brought their trees down to the trash. The local kids, myself included, would round up as many trees as possible and stack them at the bottom of the steps. Good god, the flames would reach 50 feet in height and the heat was so intense. The poor woman living in the adjacent wood-frame house, Mrs. Grace, used to be in a panic.

I lived on 231 Naples Terrrace 1952-60 and also remember the tree burnings…a distant memory now but happy to see your postings!

I lived at 225 Naples terrace until 1962. I thought we burned trees on the terrace? Anyhow it was a spectacular sight.

There’s another brick street of note in Manhattan. East 37th Street between FDR Drive and First Avenue is paved with beige bricks, though I don’t know when or why.