There are 6 streets named for states in Queens. They don’t come in bunches, as they do in Brooklyn (in East New York and Mill Basin); rather, they’re scattered all over the borough, helter skelter, willy nilly. There’s Delaware Avenue and Georgia Road in Murray Hill (in an alphabetical sequence in which the other avenues are named for plants); Iowa Road, in two pieces in Little Neck; Maryland Road, also in Little Neck; Virginia Street, way down in Far Rockaway; and today’s Slice in Glendale. 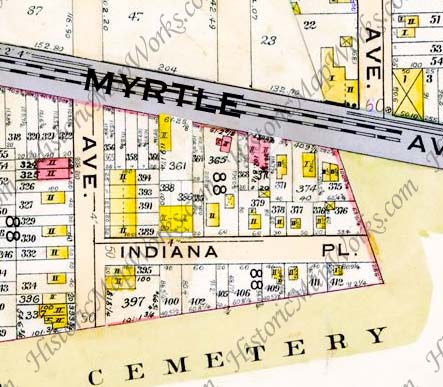 This 1908 Belcher Hyde plate shows an Indiana Place as a dead end on Washington Avenue (now 72nd Street) just south of Myrtle Avenue. That is its present configuration. 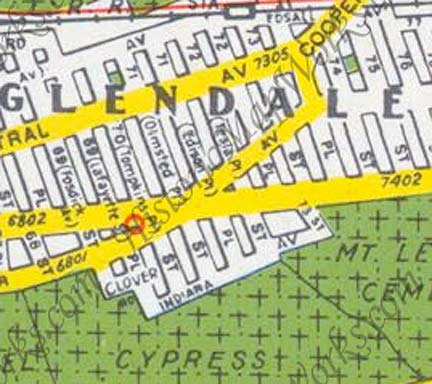 The city apparently once had more extensive plans for what became Indiana Avenue, as a 1949 Hagstrom Queens map shows it running along Cypress Hills and Mount Lebanon Cemeteries all the way from 69th Place to 73rd Street. Interestingly, somewhere along the way, Washington Avenue became Tesla Place before becoming 72nd Street.

Clover Road is now Luther Road. In western Queens there are a Luther Road and a Lutheran Avenue. 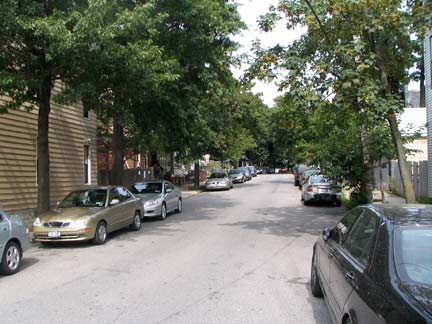 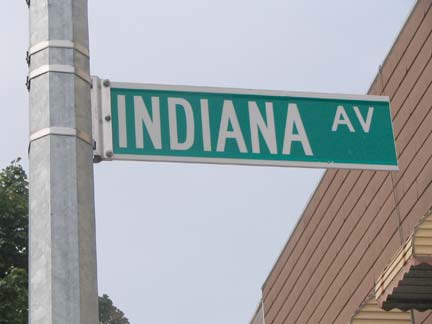 Apparent plans to expand Indiana Avenue never materialized, though, and it remains what it always was since it was laid out, presumably in the waning years of the 19th Century: a cul de sac known only to its residents tucked away in Queens’ cemetery belt. 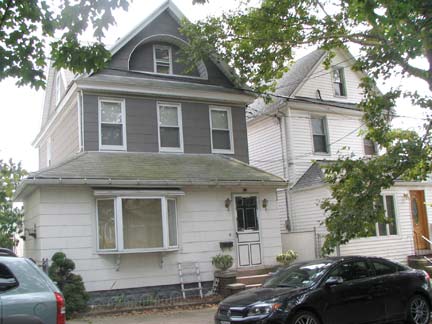 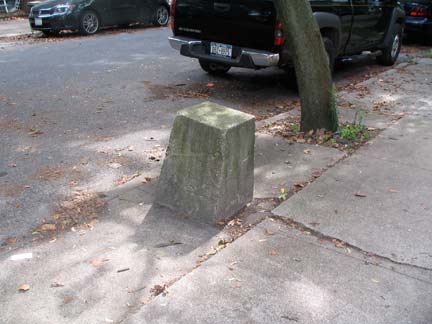 Its collection of sturdy frame houses remains intact. I risk giving away Indiana Avenue’s presence to overdevelopers by writing this page. Chance I’ll have to take. I wonder what this concrete slab along the curb is. Sometimes you’ll find a bollard along a curb to stop a truck from backing onto a sidewalk, but I doubt that’s what this is. Perhaps you tied up your ride here while visiting someone? 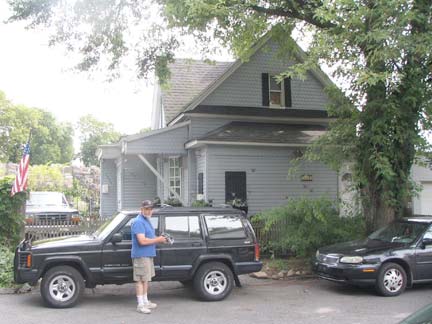 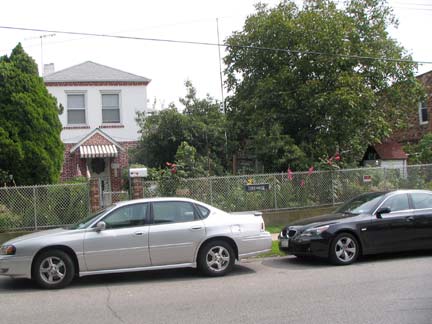 I requested of the gentleman whether I could photo his cottage (it has fish scale shingles) and he bemusedly assented. I can never remember to bring my ForgottenCards with me. Another Indiana Avenue house has a very wide front lawn; it’s likely the back of the house overlooks Mt. Lebanon Cemetery.

So, the question is, why Indiana Avenue? I’m not sure this was ever part of a larger series of streets named for states. Glendale seems to have more than its share of streets that the Queens Topographical Bureau overlooked when it set about numbering all of Queens’ streets in the 1910s, as there are quite a number of named streets left over. Indiana Avenue might just as well have been renamed 79th Avenue, since that seems to be the correspondent number in these parts. I’m glad it didn’t get numbered. 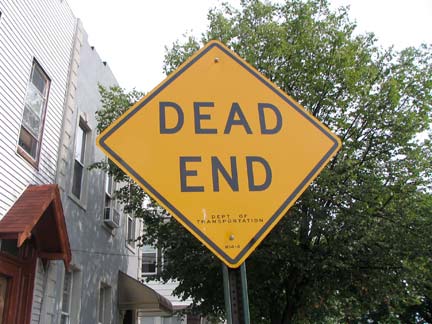 PALMETTO STREET under the el, Ridgewood

I grew up across the street from the house with the “concrete slab along the curb”. Legend has it that Frank, the man who used to live in that house for decades, put it there because someone was trying to make a K-turn and backed into his stoop. So once he repaired the stoop he filled a container with concrete and plopped it on the sidewalk to stop anyone from doing it again.

It’s actually “77th” Avenue, and another oddity…the houses on the west side of 72nd Street south of Indiana “keep” their 73-xx addresses, while on the east side all get proper 77-xx addresses.

I lived on 72nd St.right at the end of Indiana. I don’t think anyone had a better time when they were young playing on 72nd St & Indiana Ave. Because it was a dead-end both ways there was no traffic so we could play in the street and not worry. I lived there until I got married and then moved just around the corn er. Any one else remember those days