Astoria Village is a small area tucked into Queens’ northwest edge, south of Astoria Park and Hell Gate, east of Roosevelt Island. The area was first settled in the 1600s by Brit William Hallett (an East River inlet was named Hallett’s Cove) and still boasts a quirky, interlocking street layout. It was named (as was the surrounding neighborhood of Astoria proper) in the mid-18o0s for fur tycoon John Jacob Astor, though he spurned the honor and never set foot in the place. The neighborhood still boasts a collection of distinctive 19th Century homes, though more are lost to developers every year as the area has never been landmarked. But, that’s a complaint for another page.

I was slipping and sliding through a day after a strange October snowstorm when, at the confluence of 30th Avenue, Main Avenue, 12th Street and Welling Court, I chanced upon a group of wall murals I hadn’t seen before, by a variety of artists. If anyone can fill me in on why they have cropped up here, let me know. 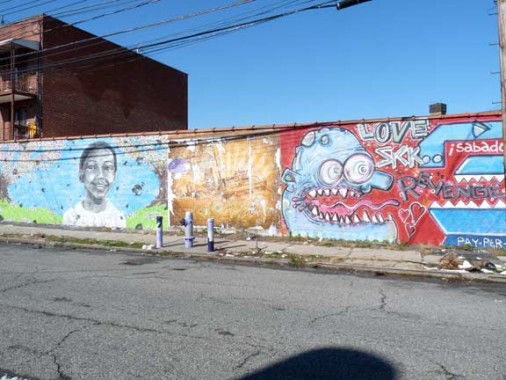 Welling Court. The kid on the left was from the neighborhood and died young. The thing on the right reminds me of Rat Fink, which you remember if you’re a certain age. 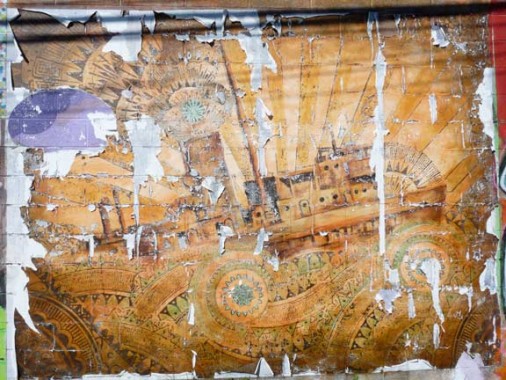 There’s no mention of it but this could be the General Slocum steamboat, an excursion ship that caught fire in June 1904 in the East River and foundered on North Brother Island, killing over 1,000 people. 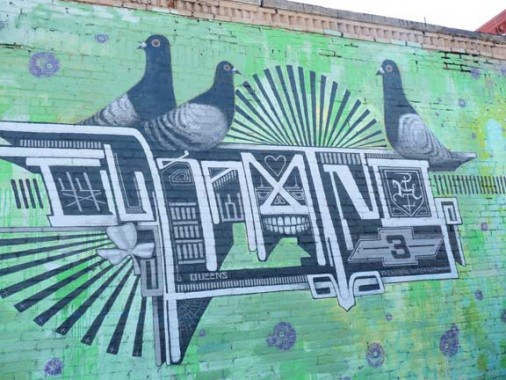 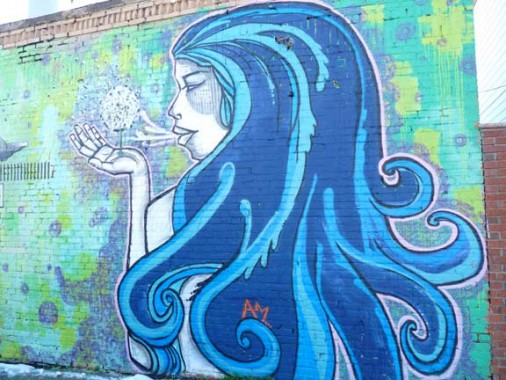 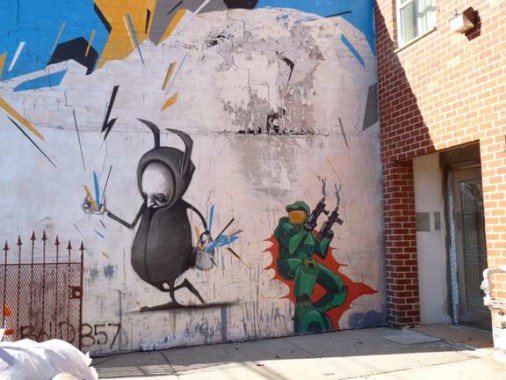 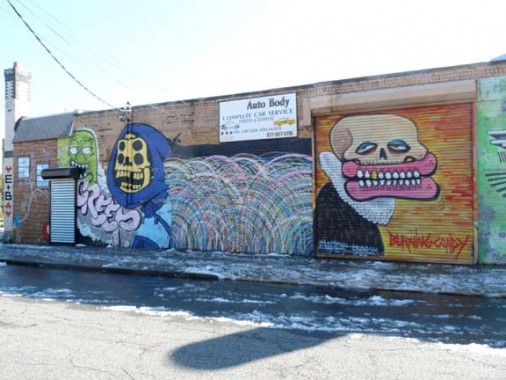 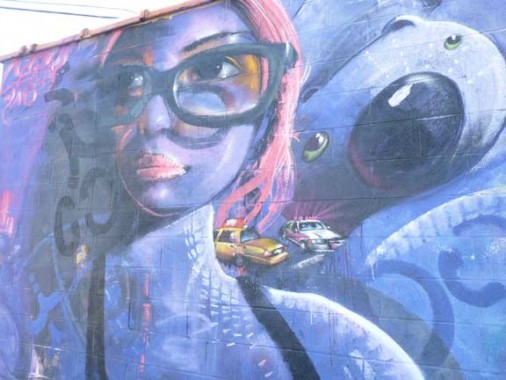 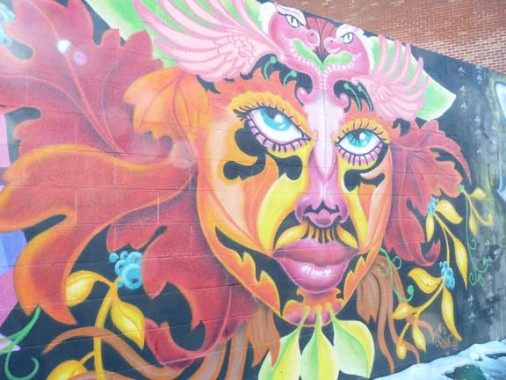 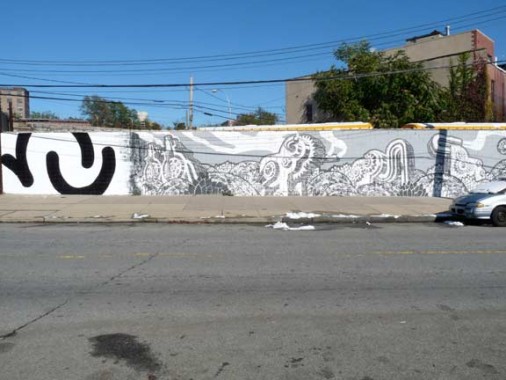 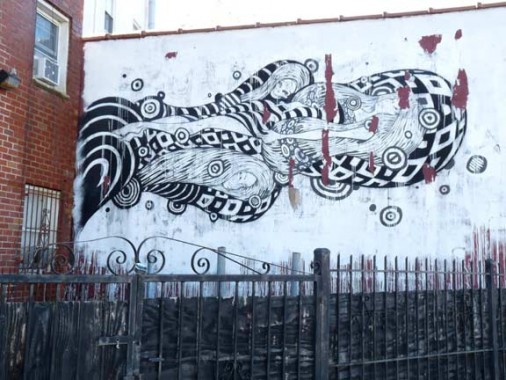 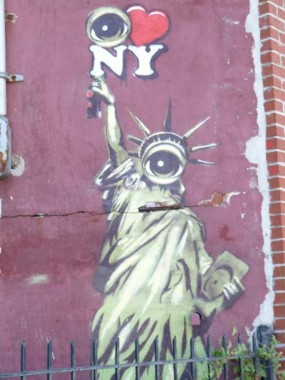 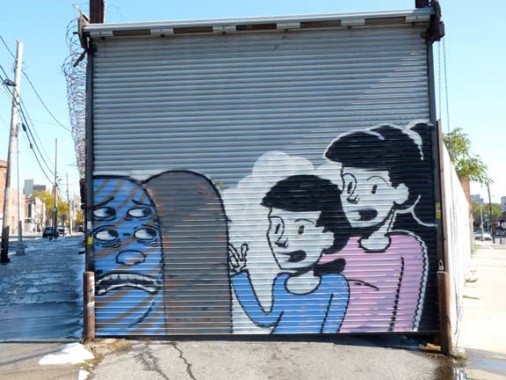 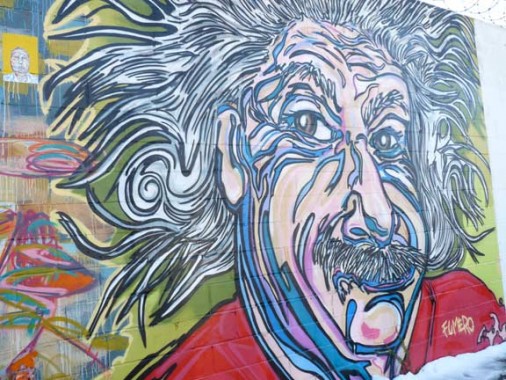 The “Eye Heart NY” mural featuring the Statue of Liberty is the work of St. Louis stencil artist Peat Walleager!

The murals of Astoria always catch our eye! We always pass by “Tetris.” It’s a shame you didn’t include it here! But the steamboat is pretty great, as well!

These are brilliant! I sometimes walk around the area and have seen a couple of these, but not this many. The one of the girl in pinks, oranges & yellows with dragons over her eyes looks like she could have been done by an artist named Lady Pink, was a graffiti artist in the 80s who recently had a show at Woodward Gallery in Manhattan — but I’m only guessing.

Hi FNY. I love these murals too. A bit of background about them is in this interview I did in 2011 with two of the residents of Welling Court: http://www.30thave.org/2011/04/18/jonathan-ellis-and-georgina-young-ellis/