I had just gotten off the train at Jay/Metrotech and was stumbling toward the starting point of my Downtown to Crown Heights epic when I spotted a chalkboard on the side of the triangle building at Fulton, Adams and Willoughby and gave it the once over. It’s filled with the words Before I Die I Want To with lines after them, encouraging passersby to fill them in, and fill them they did. 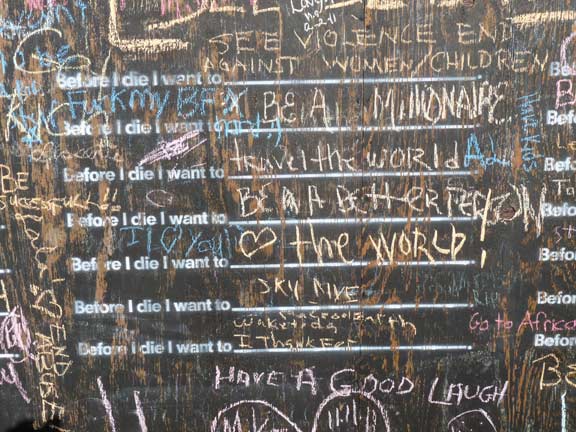 This is the work of artist Candy Chang, whose original Before I Die installation was in New Orleans. Since she has lived in Brooklyn in the past, she deemed the Borough Of Churches an optimum site for a second such piece. 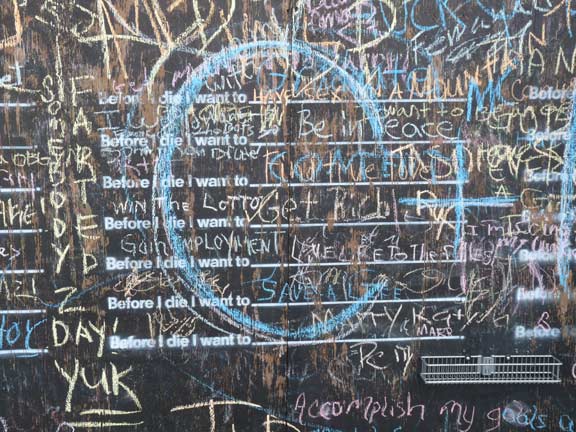 I’d say most of the entries are split between altrustic and pleasurable possibilities. New Orleansers stuck to the lines, but Brooklynites are much more free spirited. 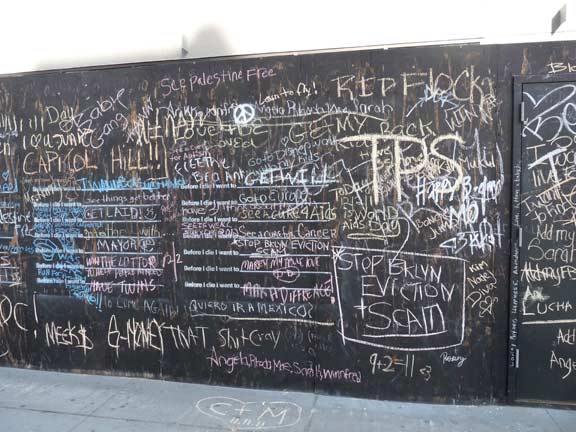 Of course, there’s a lot of Occupy this and that stuff.

Candy Chang’s own site has a lot more images. See it soon…there’s another Shake Shack going in there, and the lines will be around the block. 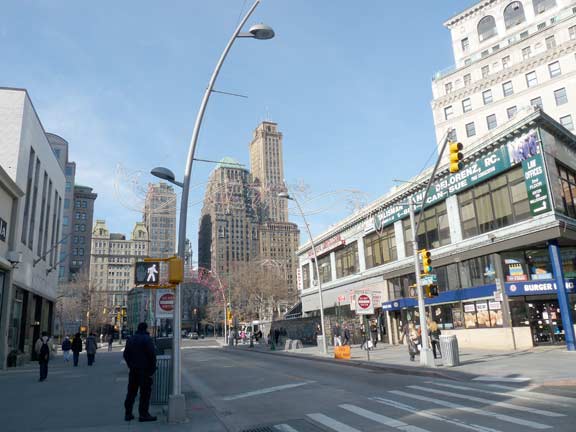 I just couldn’t resist a photo of Fulton Mall’s new light poles, which look all Dystopian and 2350 AD to me, like something George Jetson would encounter.

You didn’t ask, but MY Before I Die is very simple. I want to get everyone who ever tortured my psyche into one room, from the bullies and nuns of grade school on up to the various bosses who made me miserable over the years, and simply ask them what it was about me that set them off. I’d undoubtedly learn something. Of course, many of these people are dead by now.

MEET ME AT THE AUTOMAT

The look like the Martian spaceships from the George Pal “War of the Worlds” (Grovers Mill, NJ)

Ha. Answer is that you probably didn’t make them the center of your world. Keep exploring and ignoring.

the super sensitive were born to suffer