In Bedford-Stuyvesant, Crown Heights, Flatbush and East Flatbush, you will find a succession of avenues that run north to south that are named for major cities in New York State. Graciously, city planners acceded to put New York Avenue first, as you travel from west to east. It’s followed by Brooklyn, Kingston, Albany, Troy, Schenectady, Utica, Rochester, and Buffalo. They seem to be in the order you would encounter them if you drove the New York State Thruway all the way to Buffalo. Since these avenues were laid out in the 1800s, Brooklyn’s planners likely had the route of the Erie Canal in mind, since the Hudson and Mohawk Rivers also follow this route. Left out, among larger NYS cities in this sequence, are Syracuse and Rome. Since Syracuse had been settled by Native Americans and later, British colonists and has had its present name since 1819, I can’t account for the omission.

Once the “City Avenues” get as far south as Flatbush, they stand in the place of the East numbered sequence: New York Avenue is in place of East 33rd, Brooklyn, East 36th, Albany, East 41st, and so forth. Kingston Avenue, though, doesn’t get further south than Winthrop Street at King County Hospital, because of a lack of enough north-south numbered streets between Brooklyn and Albany Avenues to accommodate it.

Kingston is the smallest town on the list, with a population of almost 24,000 as of the 2000 Census. It was briefly the capital of New York State in 1777, and was burned by the British the same year. Because of plentiful quarries in the vicinity, Kingston has supplied NYC with much of the materials used to build NYC’s bluestone sidewalks and later, concrete. It is about 6/10 of the way from NYC to Albany on the west shore of the Hudson. 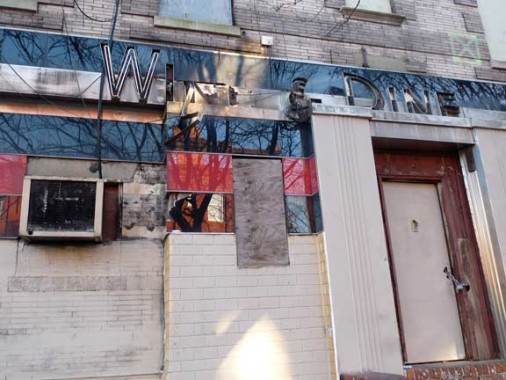 During a recent pilgrimage to Crown Heights, I gravitated toward the Kingston Lounge, an abandoned jazz club on the SW corner of Kingston Avenue and Bergen Street. It was last open in the 1980s and has been pretty much left to fall apart since. Neon signs that once lit up the night have been falling off piece by piece. 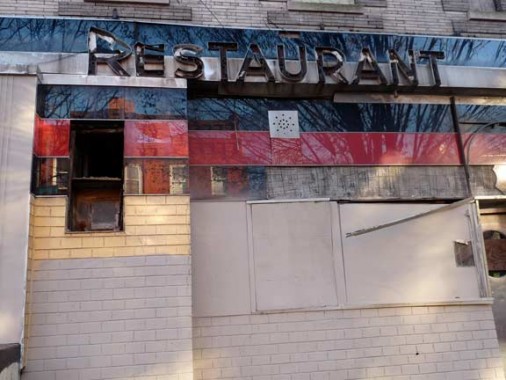 The distinctive red and black glass paneling on the exterior has been falling off as well. 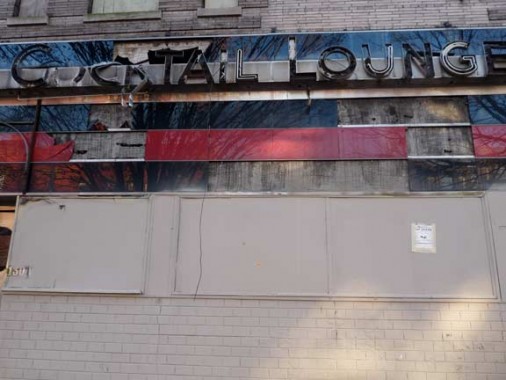 During its heyday, the Kingston [opened 1944] attracted guests from as far away as Harlem; even holding no more than 60 patrons at a time, the Lounge attracted musicians as renowned as Kenny Dorham, Randy Weston, Max Roach, Sahib Shihab & Matthew Gee. In fact, Dorham, Gee, Cecil Payne and company recorded a 1960 album under the name of The Swingers (Jazzland Records) on which the second track is entitled “Kingston Lounge”, in honor of the place where they practiced and jammed out, entertaining the block until the wee hours…

In the 80s, the club was repeatedly cited for health code violations; some in the neighborhood cried foul and claimed that the inspectors were trying to shut the Lounge down for no good reason. In light of history, that doesn’t seem unreasonable. The upper floors were used for many years as apartments, until they too didn’t make code – and the building was shuttered.

Check the link for some photos of the interior. 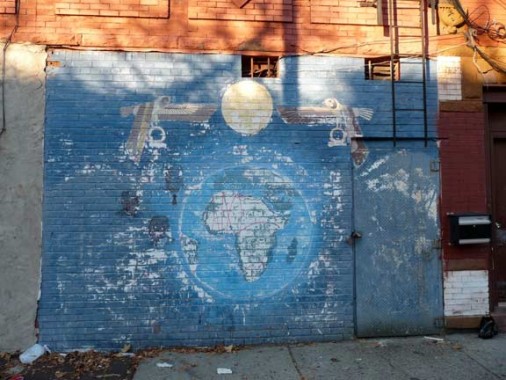 It began in Afrika. Many years ago a muralist did an Egyptian-themed panel to illustrate the theory that civilization began on the African continent. 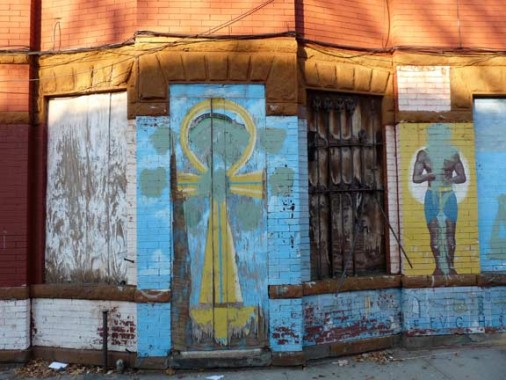 The Ankh, also known as key of life, the key of the Nile or crux ansata, was the ancient Egyptian hieroglyphic character that read “eternal life“, a triliteral sign for the consonants ʻ–n–ḫ. Egyptian gods are often portrayed carrying it by its loop, or bearing one in each hand, arms crossed over their chest. 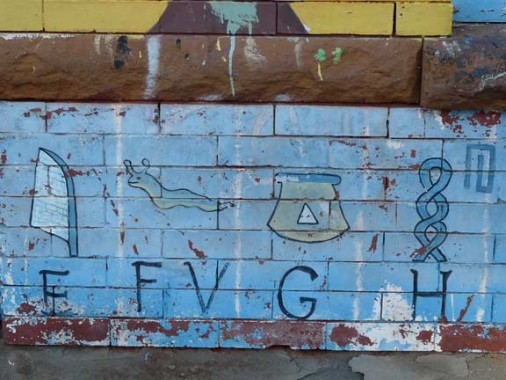 Egyptian hieroglyphics, and their English homophones, are spelled out along the bottom of the mural. 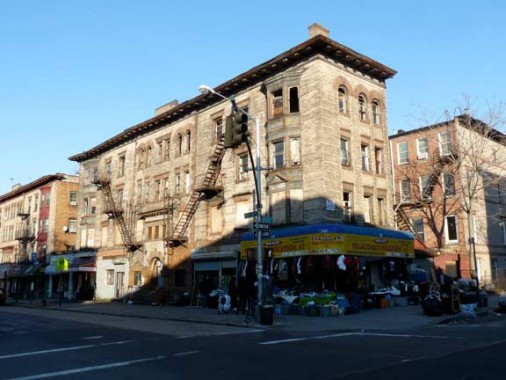 And at the NE corner, another mostly abandoned building awaits who knows what fate. Mummification, maybe.

MEET ME AT THE AUTOMAT

I remember Kenny Dorham’s daughters,Keturah and Leslie went to Wingate HS when I did-Keturah was in my graduating class.
I have some of his CD’s when he was with Art Blakey’s Jazz Messengers before he formed his own group.

One of the storefronts in the mostly-abandoned building in the final picture is Arthurine’s Kitchen, a Jamaican restaurant run by a wonderful woman – Arthurine of course – for a quarter of a century now. Greeting everybody who passes by with a heartfelt “hey baby, how are you?”, she’s a neighborhood staple. I’ve seen some rowdy fights and arguments out on that corner, but if she walks out of the restaurant, puts her hands on her hips, and glares at the participants, the fights end. Immediately. More importantly, on Friday and Saturday evenings, she makes the best jerk chicken you’ve ever tasted – get the dinner, and make sure you ask for the oxtail gravy over the rice. It’ll blow your mind.

I am working with Brooklyn chambers to Bring Back the kingston Lounge. I would definetly like to meet you. The more people we put on this, the better. The rebirth of the Kingston Lounge is going to totally pick up the Moral and boost Brooklyn’s economy overall in such a sweet way. Please let’s come together and see if we can ressurect the Kingston Lounge.

Great work Peter. I really appreciate your dedication towards ressurect the lounge. We should join in this moral cause.