Continuing the 2012 tradition of beautiful weather for ForgottenTours (unlike previous years) ForgottenTour 53 met at the end of the line of the #6 train, Pelham Bay Park, and 30 ForgottenFans took the BX29 bus to the first stop in City Island, a spit of land in Eastchester Bay off the coast of Orchard Beach, on a made to order sunny and 75 degree day.

Here’s some highlights of what turned out to be a 3.5 hour tour. 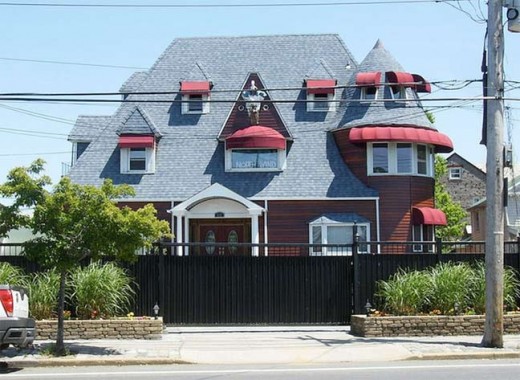 The former Northwind Undersea Institute was located in one of a number of waterside mansions once owned by City Island sea captains and boatbuilders. The Institute was a museum cofounded by former Navy Seal Michael Sandlofer and folksinging star Richie Havens to educate young people about the plight of the environment. It was a hands-on learning center featuring the Undersea world of the Bronx exhibit, with a 100-year-old tugboat, whale bones and lifesize models of whales. 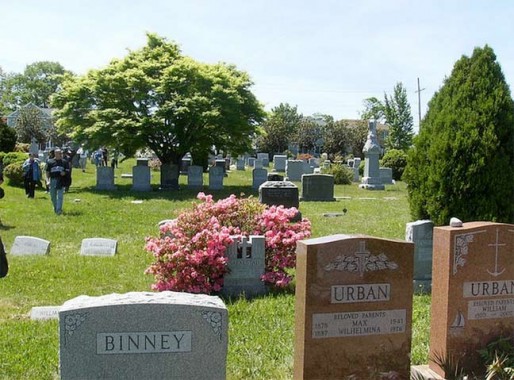 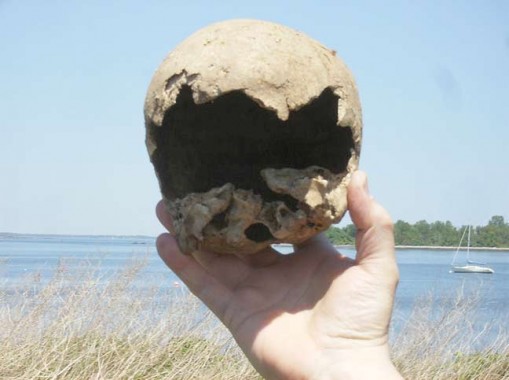 Pelham Cemetery is NYC’s only waterside cemetery. It was founded in the 1860s and was originally part, with the rest of City Island, of the town of Pelham in Westchester County which was annexed to New York County (Manhattan, Bronx) in 1895 and became part of Greater New York in 1898.

We found an exposed skull in the back of the cemetery, which we reported to the City Island Museum. 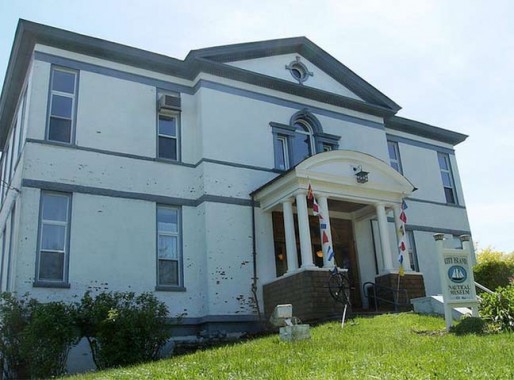 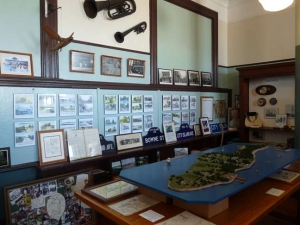 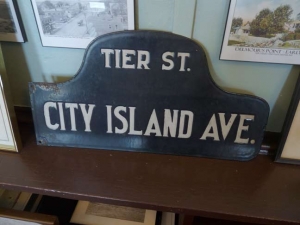 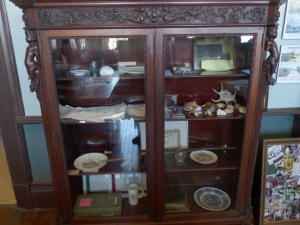 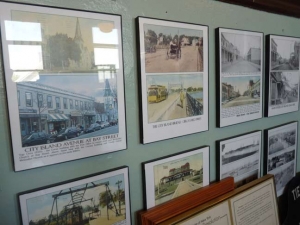 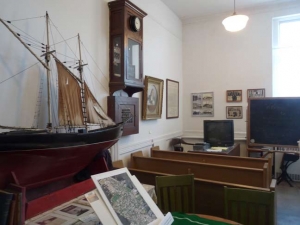 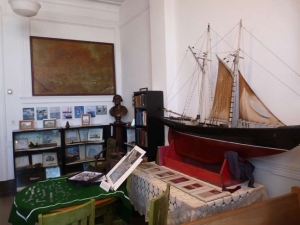 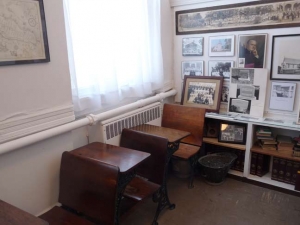 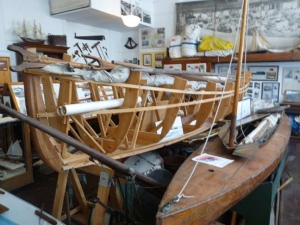 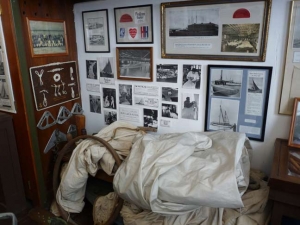 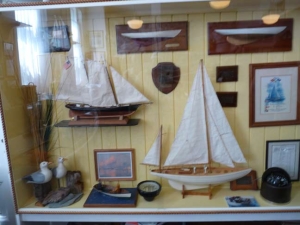 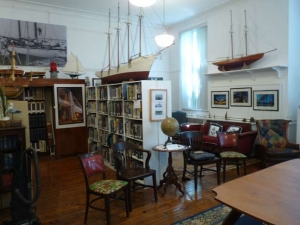 The City Island Nautical Museum on Fordham Street is located in the former PS 17. It features 4 rooms full of artwork and exhibits chronicling the island’s near 250-year history of shipbuilders, fishermen and America’s cup yachtsmen. The Museum owns one of the largest collections of marine-themed books as well as watercolors of Orchard Beach, City Island, Hunter Island and other local sites by Prof. Harold V. Walsh, painted in the 1930s. The Nautical room is dedicated to the island’s rich history as a boatbuilding, oystering and yachting mecca, while the School room depicts a classroom of the 1830s. Its densely packed shelves and walls, filled with newspapers, books, ads, scrapbooks and memorabilia are a testimony to City Island’s colorful history. 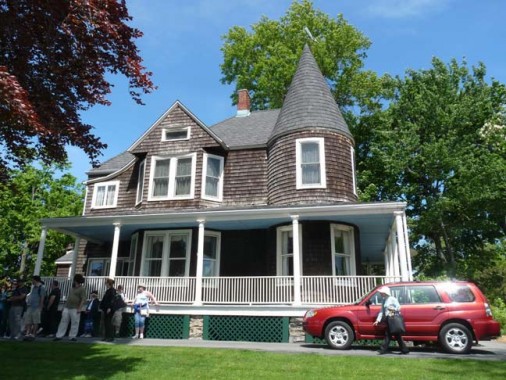 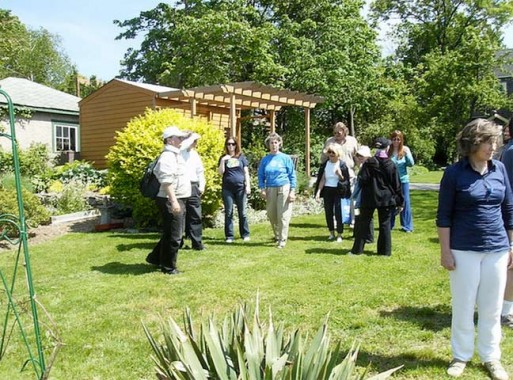 21 Tier Street is owned by Barbara Dolensek of the Nautical Museum. She graciously allowed ForgottenFans to walk the grounds, which face Eastchester Bay and have a view of the Manhattan skyline (see flickr, linked below, for views). The house’s locale has encouraged filmmakers to use it as a set, including 1962’s Long Day’s Journey Into Night starring Katharine Hepburn. 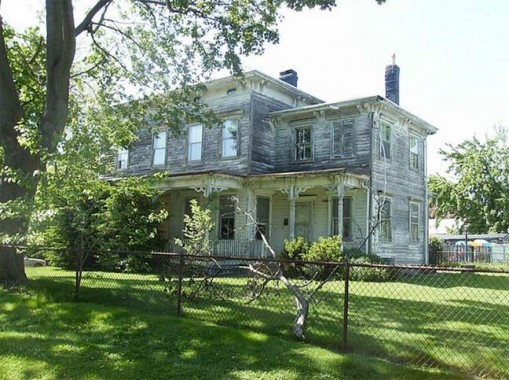 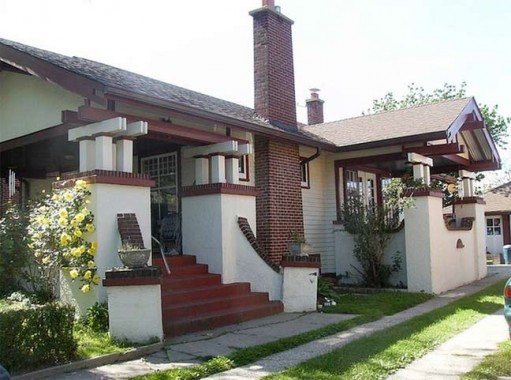 This beautiful building on Pell Place was assembled from a Sears-Roebuck catalog in 1930.

We concluded the tour with lunch at Johnny’s Famous Reef, a City Island institution for a few decades and it seemed the entire borough of the Bronx was there on a gorgeous afternoon.

Since FNY’s two City Island tours have come 10 years apart, we’ll have to do the next one sooner than that.

FROM THE IRON TRIANGLE

I think the lady’s name is Dolensek not Dolinsky

This may be the most beautiful tour you’ve ever conducted, now luckily recorded for posterity. I lived through all these photos. Folks who never get out and see what’s right in front of them … how circumscribed their lives. And to top it all off, you use public transit and your own two legs. My hat’s always off to you, Kevin.

City Island has some beautiful dead end street beaches that are illegally locked by groups of people who want to exclude the public .
One year a man was upset about the locks so he added an additional lock of his own so then no one could get in . The illegal
occupants then gave him a key just to keep things quiet . This inccident occurred at the dead end beach located at the end of Beach
st. What people don’t know is that the do have to let you in and if they don’t then you have as much right to lock it as they do .
I encourage people to demand the beaches to be unlocked because they can not legally deny access to anyone , the beaches in
City Island are publc and now the secret is out . Enjoy everyone .