Metropolitan Avenue is one of the lengthiest routes between Brooklyn and Queens. It was first built in 1816 as a toll road and was known as the Williamsburg and Jamaica Turnpike until the mid-1800s, when it was bestowed its current name. It runs from the East River to Jamaica Avenue and along the way, marks the southern limit of Newtown Creek, and runs through Lutheran/All-Faiths and St. John’s Cemeteries, as well as Forest Park. It’s the spine of several communities — Williamsburg, Middle Village, and Kew Gardens, and forms the boundary line between Ridgewood and Maspeth. I have often wondered what sort of war would occur if the hipsters of Williamsburg set out down Met Avenue to invade the staid and stolid communities of Queens through which it runs. 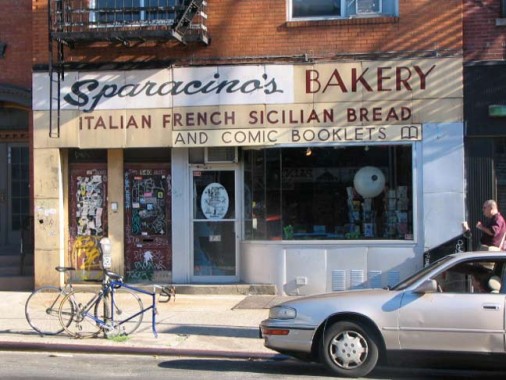 There haven’t as yet been any outbreaks of violence among clashing populations on Metropolitan Avenue as yet, but there have been outbreaks of irony.  When a comic book store took over the space of a former Italian bakery, the old signs were just too old-timey to take down, and so the new proprietors simply added lettering to it, calling the contents “comic booklets” as the old-timers apparently did. Or do. 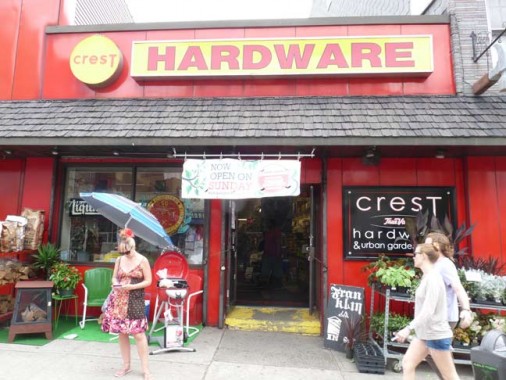 The Crest Hardware store on Met just east of Union Avenue has been in business over 50 years but, this being Williamsburg, it’s got a sort of hep, hip, hip-hop, happening website, by which I mean it appears to have been put together after 1997. Inside, it’s a pretty regular hardware store (I’m never in hardware stores, since I am helpless when it comes to building or repairing things) but out back, there’s a sunny garden where the for-sale plants are kept. And, as Miss Heather told me, a special surprise. 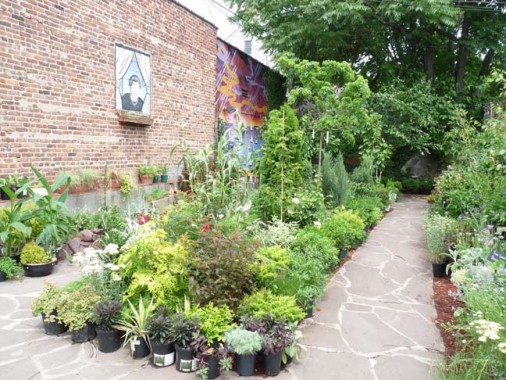 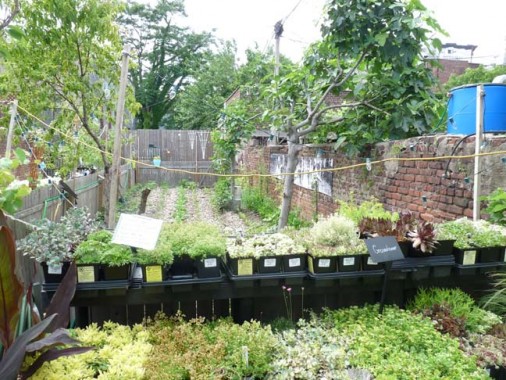 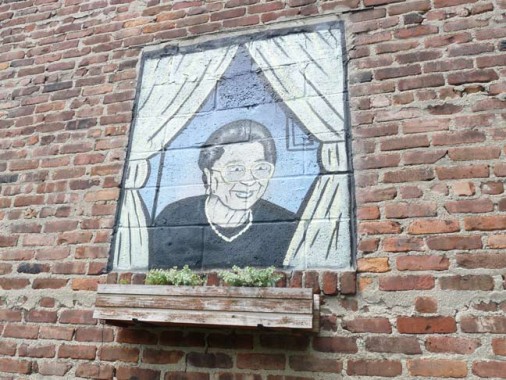 Far away from the busybody neighbors… 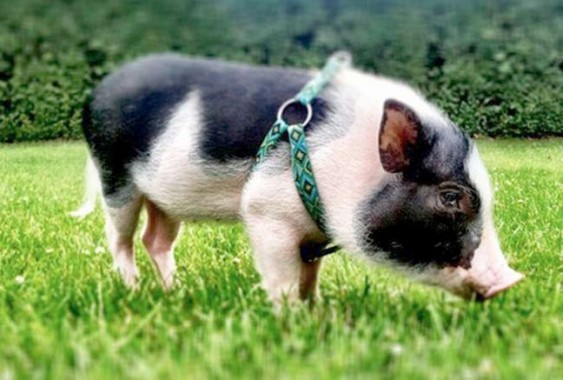 There is a pig, named Franklin, who spends much of his time sleeping or hanging out in the doghouse adopted for his use. Franklin and Crest Hardware’s owner, Joe Franquinha, says he has the run of the 5000 square foot garden, and occasionally visits the store, was well as the home of Joe’s girlfriend Liza (whose idea it was to acquire Franklin from a Pennsylvania farm). Franklin, a pot-bellied/Juliana mix, is one year old [in 2012] and, though he will not get as big as some porcine varieties, is already big enough to jump over the rather low fence around his enclosure, so a new, higher fence will be necessary. His breed maxes out at about 60 lbs.

Joe’s father, Manny, who founded Crest over 50 years ago, came up with a way to get people to visit the hardware store: maintain a sign outside on the sidewalk informing passersby whether Franklin was “in” (the garden, most likely) or not. Franklin is dressed in several sports-related raiment depending on the month, and has a NY Mets blankie, as seen in the title card. 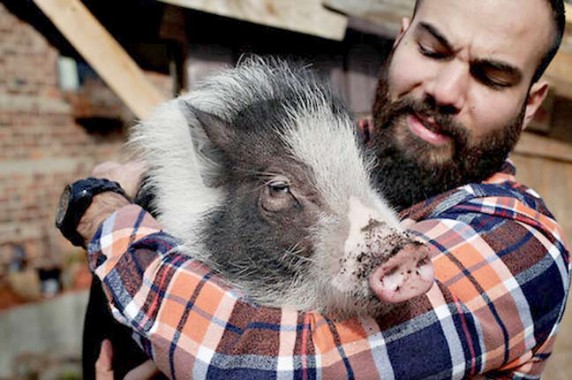 Crest Hardware, being in Williamsburg, does its bit for the local artist community every summer with Crest Fest, featuring artworks made with or by hardware. This year’s show begins June 30th, 2012.

TO ASTORIA and CORONA!

Williamsburg hipsters may pause to visit the pig while in pursuit of their “grey” obsessions (click the link from the NY Post re: NYC hardware stores).

I never thought that pigs could be pets.

I can’t believe you said that! They are smarter, cleaner, easily litter trained and very lovable. If I didn’t have nine indoor felines who begrudge me every inch of my home, a miniature pig would probably be my next pet project. I’d just never tell it about my weekly indulgence of all-you-can-eat barbecue ribs.

[…] Those of you who have not done so should read Kevin’s post about meeting this finely fettled fellow. You can do so by clicking here. […]

Most etymologists believe that barbecue derives from the word barabicu found in the language of the Taíno people of the Caribbean and the Timucua of Florida, and entered European languages in the form barbacoa. The word translates as “sacred fire pit.”;

My own web page
http://www.caramoan.ph/spelunking-in-caramoan/