I’m embarrassed. I often am, but in this case, it’s just an overlook on my part. I have often used the Parkchester station on the #6 train in the Bronx, because the #44 bus from Flushing connects with it, and I often use it when I am going to Pelham Bay Park or City Island. But apparently, it was renovated as far back as 2010-2011 and I had no idea. I have always thought of the cavernous, 2-level Parkchester station as a dusty, urine-smelling sh!thole, which it had been for many years. (I don’t have any photos of that era, but this photo, taken in 1965, will suffice. Very little maintenance had been made since then.)

Imagine my surprise when I made the connection again for the first time in quite awhile in April 2013, and found…. 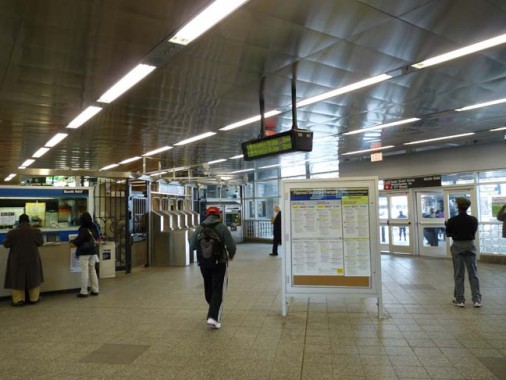 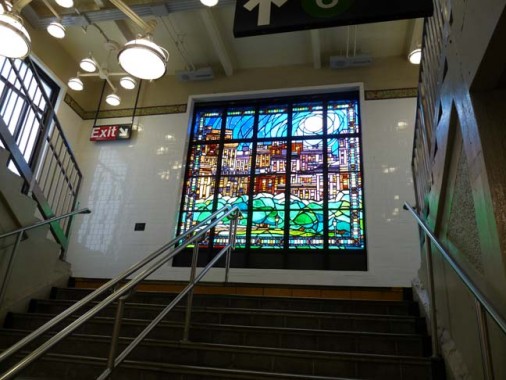 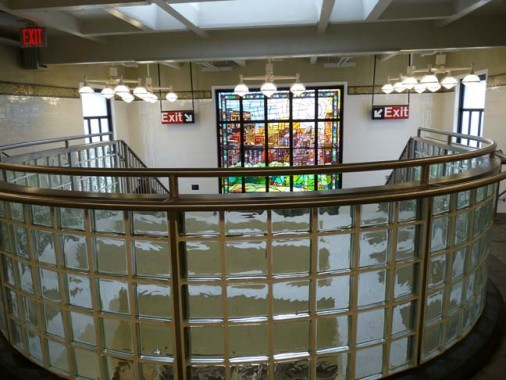 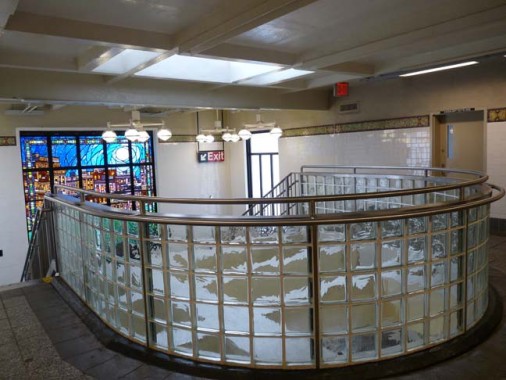 Staircases have been augmented by glass blocks, which I have always admired. 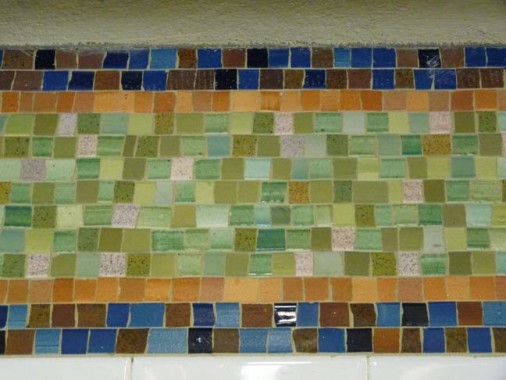 The original mosaic panels from when the station opened in 1920 (it was originally called the East 177th St station, as Parkchester was built in the 1940s) have been replaced by close replicas. 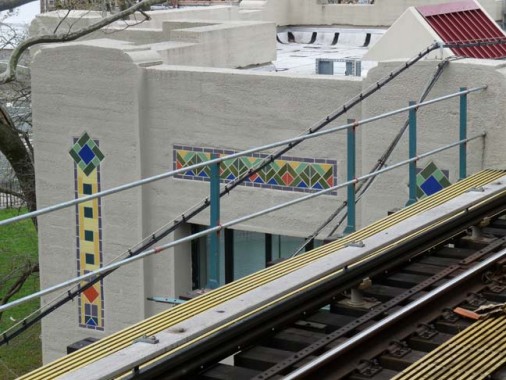 When built this station was considered to be an important one, as it was at the intersection of Westchester Avenue and East 177th (where the Cross Bronx Expressway is now) with White Plains Road nearby, hence it was given a thick concrete cladding, with exterior mosaics. These were completely repointed and new mosaics installed. 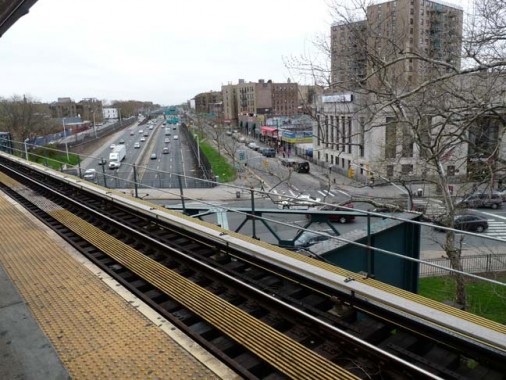 Since 1955 this station has stood directly above the rushing Cross-Bronx Expressway.

Looks like I have been out of circulation a bit, and have some catchup to do. Next I plan to visit the newly refurbished East 180th Street station, featuring one of the largest station houses in the city.

I was born & raised in Parkchester. I used the IRT 7 to get to James Monroe HS, 1964-67. I remember exploring one of the “lounges” & finding a cast iron coal burning pot-bellied stove. Obviously it was a holdover from a bygone era. In Mayor Lindsey’s “fun city” no one would consider waiting for a train such a dark isolated place even if the stove was in working order.

FYI The new South Ferry Terminal was destroyed by Sandy and the 100 year old loop station has been reopened. “Please stand clear of the moving platform”. MTA says it will take 3 years to rebuild the new station/terminal. The new passage to the R Whitehall St. is open. Better ride in the first 4 cars if you want to exit 1/9 at South Ferry. Back to the future.

First five cars, and there hasn’t been a “9” train in almost a decade, so I’m wondering when was the last time you were in New York?

MTA Bus/Train Fares & Bridge Tolls Are Going Up Again. So sad my neighborhood train station is a disaster once again after it was renovated several years ago. This old news article talks about after it was renovated. Sadly, Now It’s a disaster again. It doesn’t get cleaned, almost half inch of dust bunnies everywhere on the security camera’s wires above the MetroCard turnstiles. Stairs are so very filthy it needs power washing!………. SAD