Park Avenue South has existed under its present name only since 1959, the year Alaska and Hawaii joined the Union. Before that, of course, the route was called 4th Avenue; the avenue had been renamed Park from East 32nd to the Harlem River in 1888 to appease real estate brokers — until that time the avenue had run alongside an open cut serving trains entering and leaving Grand Central Terminal, and it was a gang-ridden, unsavory region. In NYC, where real estate is king and Park Avenue had developed into a boulevard inhabited by the movers, shakers and the Astor 400, the city thought it was a good idea to try and extend the atmosphere south, and so, the pedestrian number had to go and Park Avenue South came into existence. A 6-block section of 4th Avenue was retained south of Union Square. 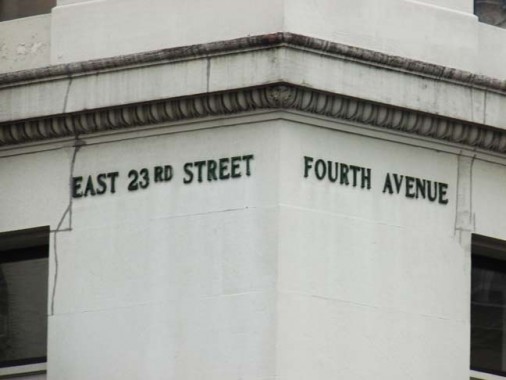 Several buildings, however, have retained by attrition reminders of 4th Avenue. The title card shows 295 Park Avenue South on the SE corner of East 23rd, constructed in 1891. The metal lettering identifying the corner might have been in place since the beginning. The large brick building was converted to residential units in 1982. 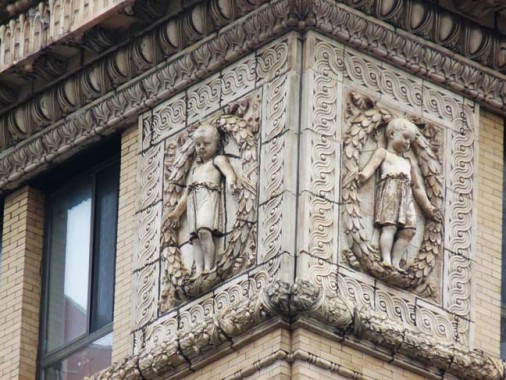 I’ve always been fascinated by the two children overlooking the corner on the 7th floor. Cherubs are usually shown as naked, so whose children can these be? Representations of the original architect’s, or the first owner’s, perhaps?

From Comments: The children are there because of the original occupant of the building, the Society for the Prevention of Cruelty to Children. They are, as well, a reference to Brunelleschi’s Hospital of the Innocents. 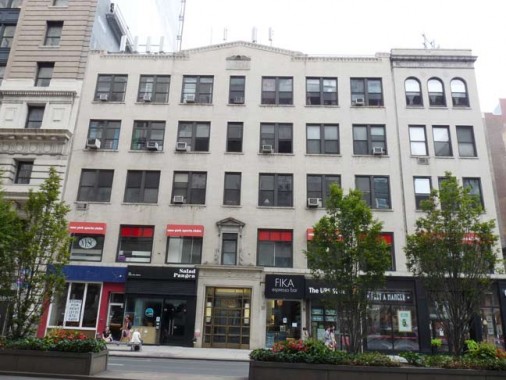 Across East 23rd is a deceptively streamlined building, #303 Park Avenue South, built in 1915. According to NY Songlines, famed dancer Isadora Duncan lived in the building (she lived in NYC from 1914-1921) and ran a studio there. 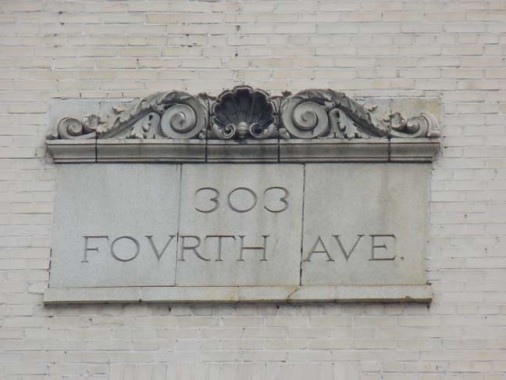 While the building looks plain, there are some Beaux-Arts elements, like this plaque with its original address. 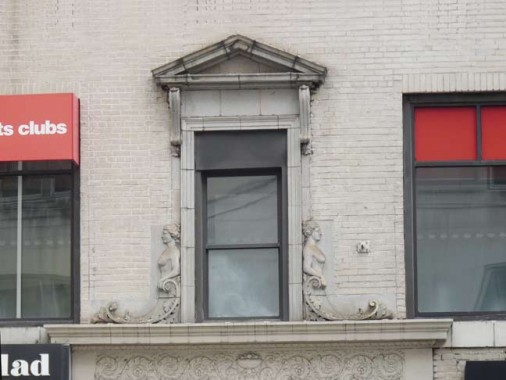 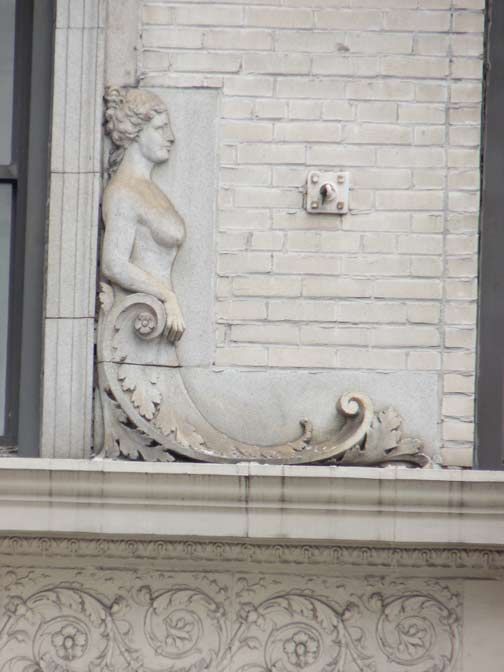 And a second-floor window is “supported” by a pair of mermaid-like half-caryatids.

The children are there because of the original occupant of the building, the Society for the Prevention of Cruelty to Children. They are, as well, a reference to Brunelleschi’s Hospital of the Innocents.