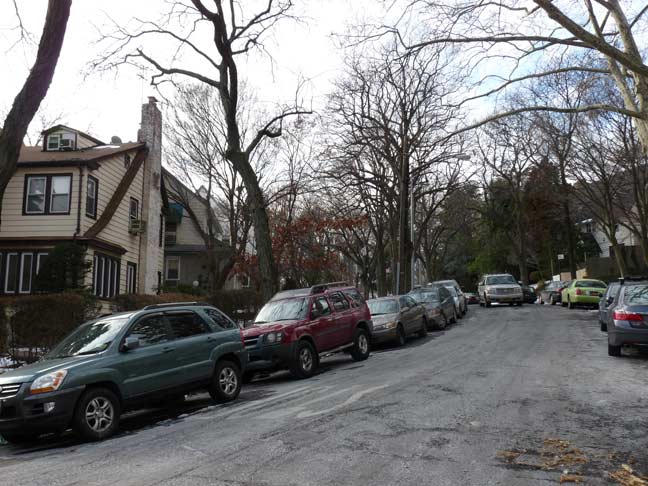 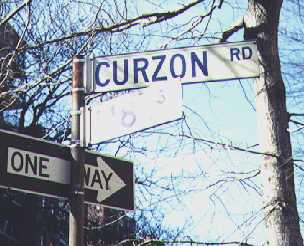 I first became aware of Kew Gardens’ winding streets when I was on jury duty — the year must have been in the late 1990s. You can be called to three different courthouses in Queens, and this time I was assigned to the Queens County Courthouse on Queens Boulevard in Kew Gardens. As is my wont I rambled around the neighborhood at lunch hour — albeit with sneezing and a severe running nose I remember to this day.

I really don’t mind jury duty — for the most part you sit in a quiet room without noisy kids and read for a few hours. I once got on a civil case but it was decided the same day.

Anyway, that day I remember the old white and blue Queens boro street sign that was still in place that day — I got its photo, seen at left. It has since been replaced in regulation green and white.

The name Curzon, or Coursen, is a longstanding British name; probably the most famed Curzon was George Nathaniel Curzon, 1st Marquess Curzon of Kedleston (1859-1925) who was Viceroy of India.

When Albon Platt Man was developing Kew Gardens in the very early 20th Century, he followed the lead of other developers such as Dean Alvord of Prospect Park South in Brooklyn, giving the streets British names to provide a patina of sophistication. Several of these names survicve today, such as Curzon, Grosvenor (pronounced GROVE-ner), Audley, Abingdon, Beverley etc. Some were given numbers during Queens’ great street numbering project of the 1920s and beyond. 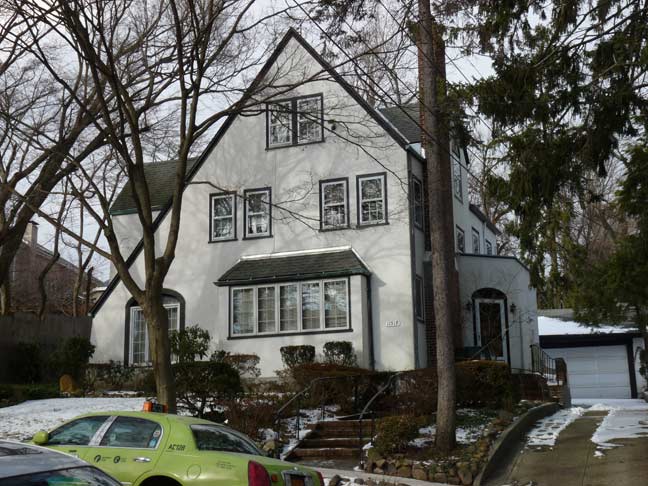 Kew Gardens, and its later cousin, Kew Gardens Hills, are known for their eclectic architecture, which remains striking to the present day.

This is so interesting to me because I had to go to a class to become a poll worker (2014) and after I got out of class I decided to go down a different street instead of Twds. Queens Boulevard. I too encountered this winding streets and it seemed like I was in a different place. It was like an adventure. Loved it.

Do you know any more about the renaming of the streets in this area? When we moved into our house on 81st Avenue, it was called that already. But we often got junk mail addressed to the old name, Pembroke Place. I’ve never been able to learn when the name change took place, but surely it must have been more recent than the 20s, if the old name was still in use.. 81st Avenue is one of very few streets in Queens that has only a single number for houses — no 123-45 style hyphenated numbers. Caused no end of “that can’t be right…” conversations with delivery people. And for reasons I’ve never found, the numbers on the adjacent street, 80th Road, increase in the opposite direction!

I live at 119 81st Avenue, and know the address problems all to well with deliveries. I love the quirk. Do you still live on the street?