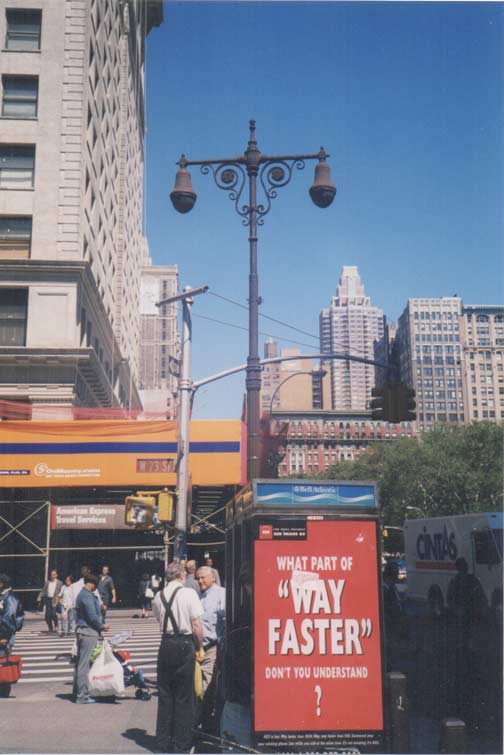 This classic Type 24M Twin stood at the southwest corner of West 23rd and 5th Avenue for several decades, but sometime in the early 2000s a truck plowed into it and that was that. The city installed a modern-design stoplight in its place.

There are still two classic Twins at this intersection, an identical one in the traffic island at 5th and Broadway, and a hybrid post consisting of a Type 1 Bishop crook base and an original 5th Avenue Twin apex, the only one remaining in the city.

Also note the “Bell Atlantic” logo. This was taken in 2000, when there were still antennas on mobile phones.

Tiffany & Co. occupies the building in the background, and your webmaster worked there for 6 months freelance in 2013-2014 and received my biggest hourly salary by far.

I remember seeing the lampposts at Madison Square get whittled away over time, to my great annoyance. The one photographed above HAD the Landmark tag on it, so I can only assume that it was felled because it was rusted out.