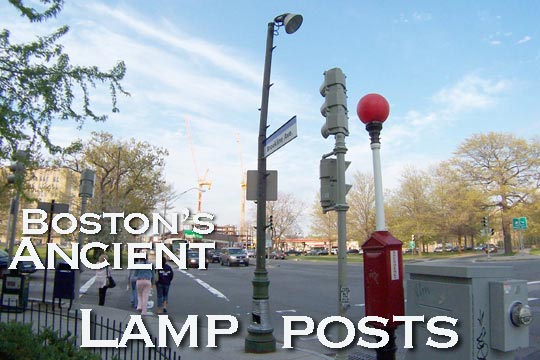 Boston once had an ornamental-type light pole with a fluted base that was used for streetlights. Although no longer used for actual streetlights, many of the poles themselves still appear around the city, some with other types of lights.

Three appear on Brookline Avenue alone: on the above title card, at Brookline Ave and Pilgrim Rd. near Landmark Center and Simmons College. A spotlight has been affixed to the top of the pole.

(The fire call box with globular red signal is common in Boston; New York City dispensed with orange fire alarm signal globes many years ago, with the last one hanging on in Flushing until 1996. –ed.) 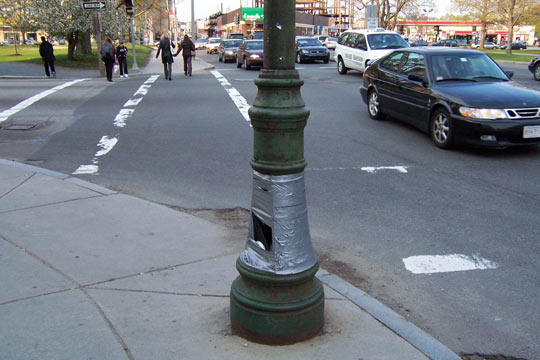 Closeup of the base of the pole shown above. 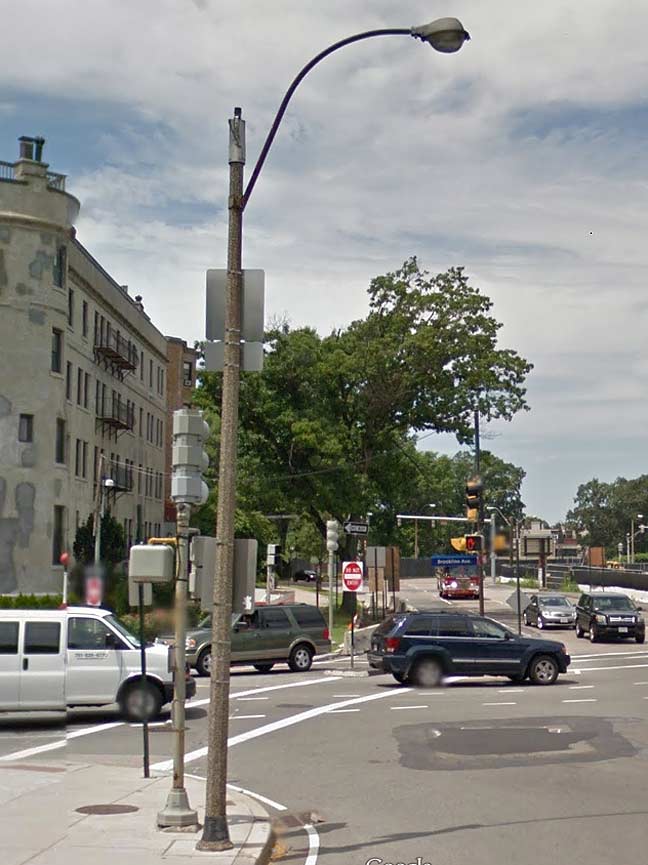 As of 2014, the above post had been removed, but opposite it, at Brookline Avenue and the Fenway, is a very old GE F400 clamshell light. A few others besides this one appear at this intersection, which is a large intersection outside of Landmark Center that includes Brookline Ave., The Fenway, Park Drive, Boylston Street, and the Jamaicaway. Another one is also further down the Jamaicaway. This one on the Fenway and some of the others are on roadways owned by the DCR, so it’s possible they were forgotten about at some point or just never changed. 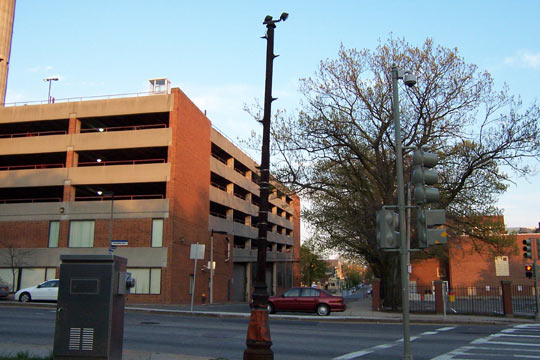 Further down Brookline Ave. at the Riverway is another pole, this one with small lights still on top. 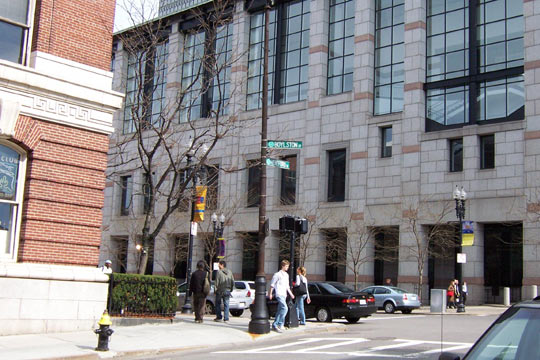 Others are still present in other parts of the city as well. This fluted pole, also with small lights on top, is at Boylston Street and Hereford Street in the Back Bay. Note the difference in color between the pole itself and its base, which almost looks as if it was repainted. 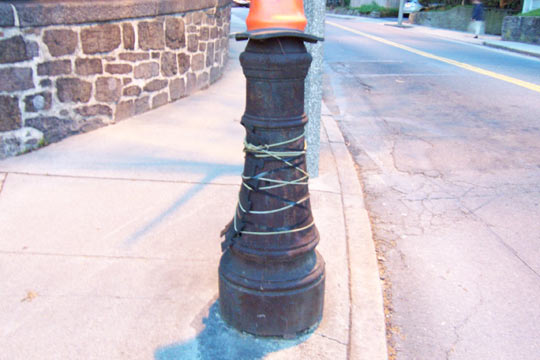 This pole base at the corner of Perkins Street and the Jamaicaway in Jamaica Plain is scheduled to be removed by the Department of Conservation and Recreation (or DCR–This agency was formerly the MDC, or Metropolitan District Commission, until 2004). A local resident wrote to the Boston Globe asking how to get the base removed, as it was collecting trash and an overall eyesore. Her attempts to contact both the City of Boston and NStar proved to be no help, as both claimed to not own it. Finally, with the help of the Globe, the DCR was contacted and promised to remove it, as the Jamaicaway is a DCR roadway.

Take a closer look at the pole at the corner of Boylston and Hereford Streets- I swear that is a reused trolley pole!