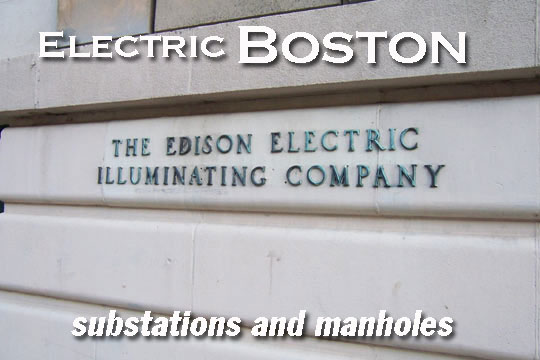 Electricity for commercial use first got its start in Boston in the mid-1880’s with the creation of the Edison Electric Illuminating Company of Boston. This company was a subsidiary of the Edison Electric Illuminating Company of New York, which was formed in December 1880. After E.E.I.Co of Boston was created, it eventually became Boston Edison. Boston Edison did business in the same way and under the same name for decades, and provided electricity to the metropolitan Boston area. Change began in 1996, however, when the Federal Energy Regulatory Commission forced power companies to open its lines up to competitors.

In response, Boston Edison sold its six fossil fuel power plants to Sithe Energy, and its one nuclear power plant to Entergy Nuclear Generating Company of New Orleans. In December 1998, Boston Edison acquired Commonwealth Energy, another electric and gas supplier in Massachusetts. Together, the two companies former NStar Energy, which now supplies electricity and gas to about 100 Massachusetts cities and towns, including Boston. NStar is also the gas supplier for many Eastern Mass communities and parts of the City of Boston (The remainder of the Boston area is supplied by Keyspan, which will be described later).

Although Boston Edison is a part of NStar, it still exists in name. Remnants of the E.E.I.Co of Boston also remain, and can be seen on various substations and manhole covers throughout Boston. 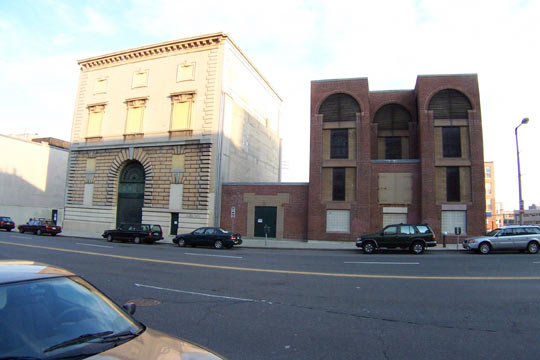 An older electric substation on Beacon Street. The oldest section is on the left and a more modern section on the right. If you look to the bottom right of the older building, you can see this: 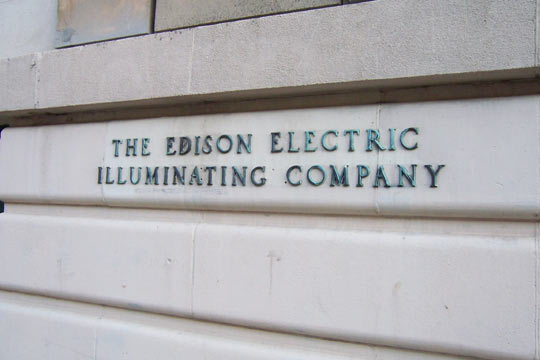 This sign that says “Edison Electric Illuminating Company” is still on the front of the older substation section, and has probably remained untouched since the substation was first built. 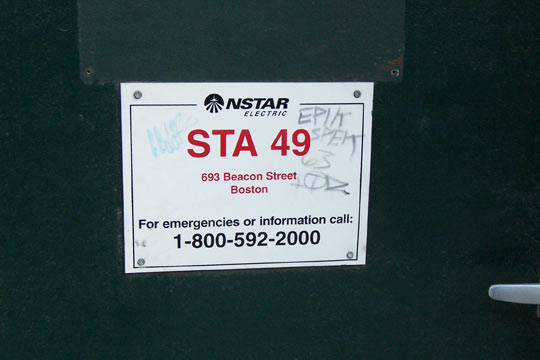 A newer NStar sign is on this door to the old section, and provides the substation number and address. 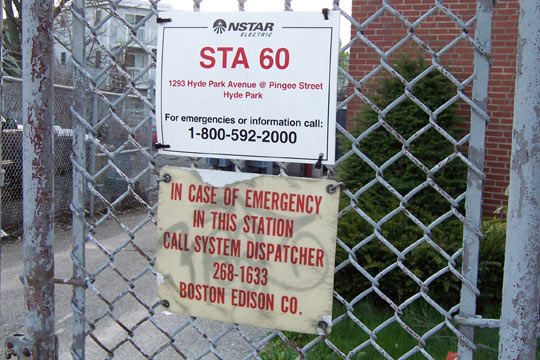 A similar sign is on the fence to this substation in Hyde Park. Below that is an older Boston Edison sign. The intersection on the NStar sign should say Hyde Park Avenue and Pingree Street, which was misspelled. 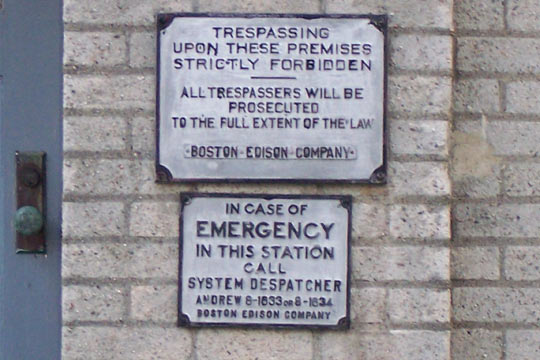 Two old metal signs are on the side of the Hyde Park substation. Note the lower sign, which says “Call ANDREW 8-1633 or 8-1634.” This comes from the days when letters and names used to be used for the first two numbers of a telephone number to help people remember them. In this case, ANdrew 8-1633 would be 268-1633, with AN standing for “26.” This is the number that appeared on the Boston Edison sign in the last picture. “ANDREW 8” was used for South Boston telephone numbers, and to this day, 268 is still a South Boston exchange. Also note the word “despatcher,” which should read dispatcher. Oddly, this word was also misspelled on newer metal Boston Edison signs, (ones changed after letters were no longer used for phone numbers), and ultimately corrected in the plastic signs that Edison eventually began using. 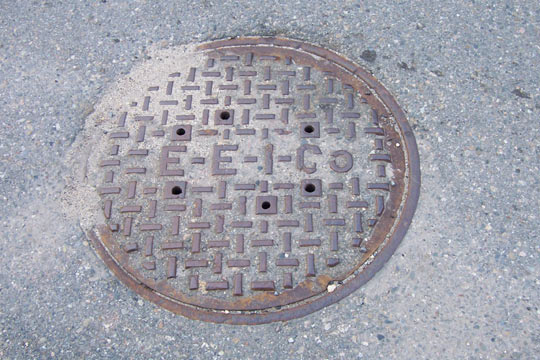 Outside the Hyde Park substation is a manhole reading “E.E.I.Co” for Edison Electric Illuminating Company. Many electric manholes have gone unchanged and still say this.
Your webmaster: Just once I’d like to see a sign that says, “trespassers will be electrocuted”… 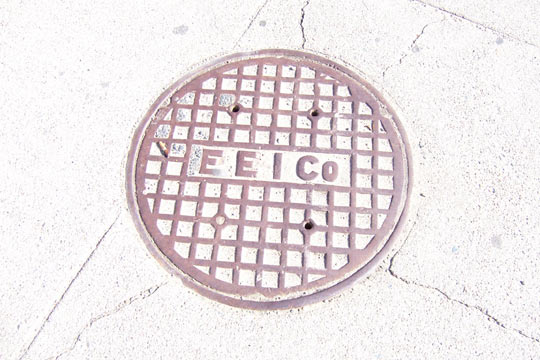 Another E.E.I.Co cover outside of Ashmont Station in Dorchester. 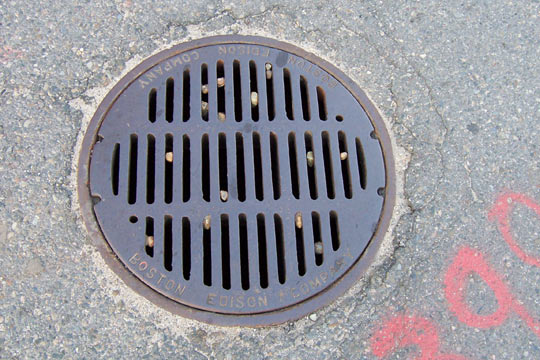 Other electric manhole covers that were changed say “Boston Edison Company” or simply “B.E.Co.” This one is outside of the Hyde Park substation.
Sources: “Edison Companies, 1879-1886.” (from Rutgers University)

“Selling Power: Marketing and Monopoly at Boston Edison, 1886-1926” by David B. Sicilia 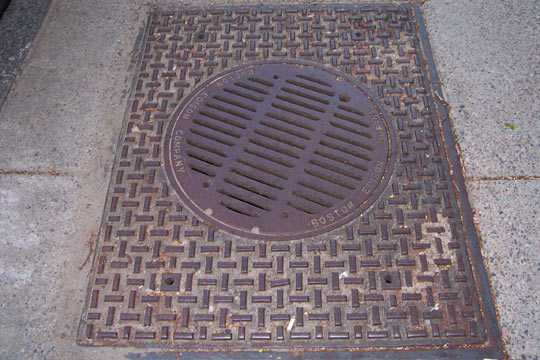 A larger Boston Edison manhole on Brookline Avenue in the Longwood Medical Area. No NStar owned manhole in Boston has a manhole cover with the NStar name on it to date.
written: June 2005
4 comments
FacebookTwitterPinterestLinkedinEmail
previous post

Despatcher is an older form of dispatcher, not really a misspelling.

And now of course, NSTAR is “Eversource” as of this year! So in reference to the last caption above, we probably will never see an “NSTAR” marked cover.

I saw an Eversource-labeled manhole in Waltham once! It’s near the new road that goes from Main Street to 5th Avenue.