ALL PERSONS ARE FORBIDDEN 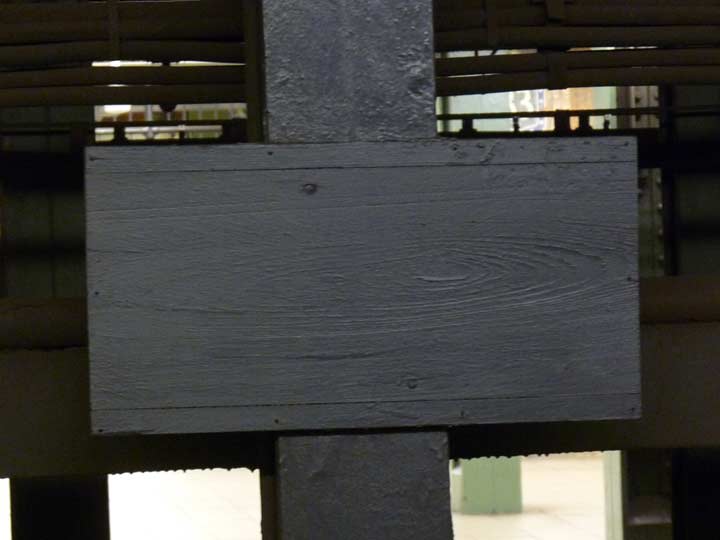 I was tipped recently about a surviving sign from the subways’ earliest days in the 33rd Street IRT station (#6 train) which opened in 1904:

“There is a very old, almost illegible and invisible, sign on the downtown platform at 33 Street station on the 6, across the tracks on the middle poles almost directly opposite the turnstiles. It warns about the hazard of getting on the tracks, and is signed Interborough Rapid Transit.

The lettering is white on black and it’s in a sort of Wild West poster font – I don’t know the name of the typeface.”

Unfortunately both the MTA and Department of Transportation are relentless about taking down substandard signage when they find it, and when I investigated this on 7/19/15, I found that it had been painted over. 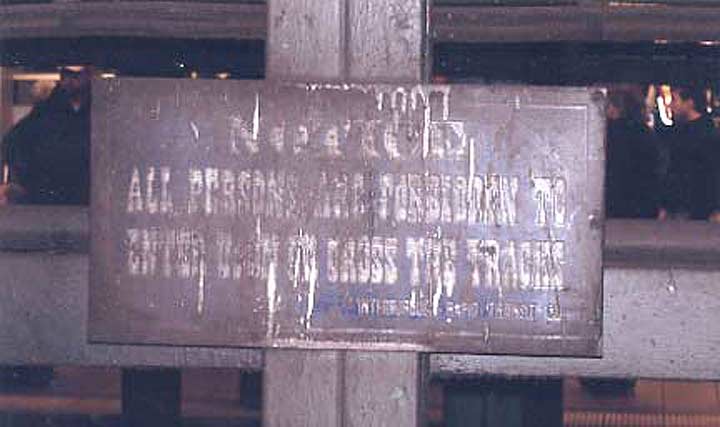 However, I do have a photo of that very sign in the vast, cobwebbed Forgotten NY archives, and here it is. I also know of where another one has, or is still, located, but at this point I’m not sure if I can reveal that.

WASHINGTON HEIGHTS TO YANKEE STADIUM, via THE HIGH BRIDGE, Part 2

painted over, I’ve seen these are all over the system.

Why didn’t they just take the sign down and give to the Transit Museum? Jeez.

Because that’s not how it’s done.

From my 1950s High School print shop class, I thought that typeface was called “Hidalgo”, but that doesn’t work in today’s internet search. Memory must be slipping – I was always good identifying graphics.

Wow, thanks for following up on that Kevin. It’s a real shame that they painted it over, but as you point out, “that’s not how it’s done.”

Another possibility: some “enterprising” transit employee took it to sell on eBay…

I remember these very well.