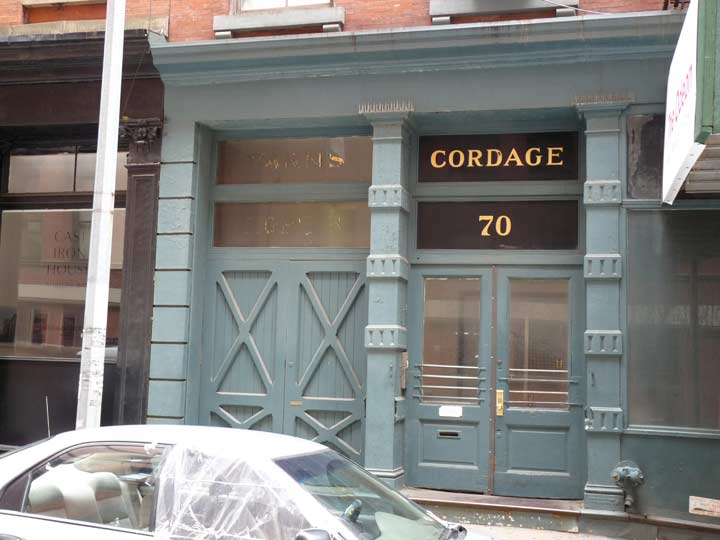 Here’s an item I didn’t get to because of time constraints on the Forgotten NY Tribeca tour on Sunday, October 4, 2015: The gold leaf signage on this building on narrow Thomas Street, just east of West Broadway, on the corner occupied by The Odeon.

According to the Landmarks Preservation Commission, #70 Thomas Street was built in 1870 and was first occupied by liquor merchant Michael Purcell. During the 20th Century, Empire Twine and Yarn was headquartered here, and much of its gold-leaf lettering on the first-floor windows has survived: On the left, faintly, “yarns” and “ropes,” in the center, “cordage,” a type of rope used for ships’ rigging, and behind the scaffold on the right, “twines.”  I hope the hidden sign will still be there when the scaffolding, which also obscures The Odeon’s pair of neon signs, is removed.

Have you ever thought of covering what was once 41 Thomas St? It’s the site of a great old story and represents one of the early Sex Sensational News stories of the early 1800s: the murder of Helen Levett.