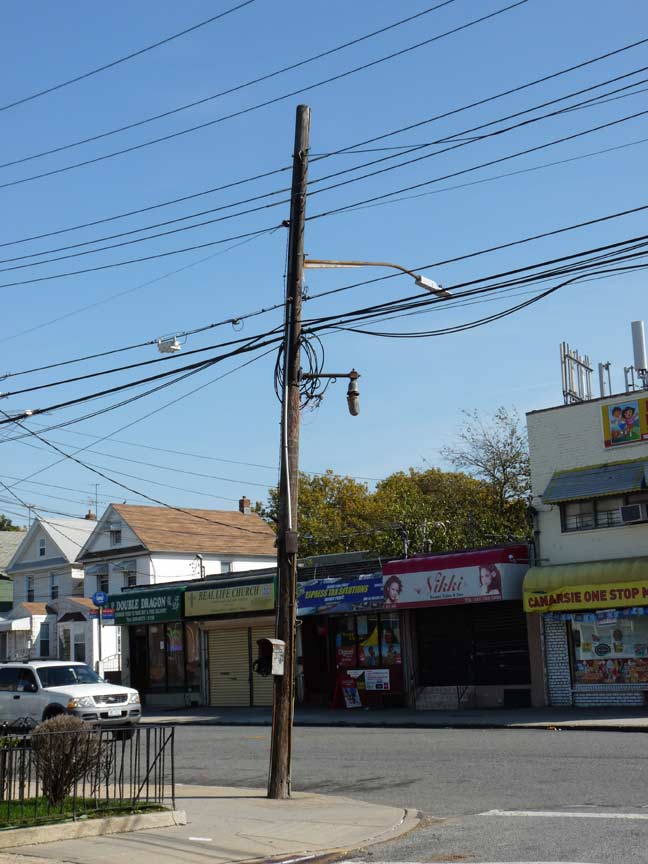 I was stumbling around Canarsie, crazed from the 75-degree heat in October, when I spotted a reminder of how technologies considered cutting-edge in their day seem comically out of time today. This is a telephone pole at Avenue L and East 87th Street, and from the splintering I’d imagine it’s been there since the 1930s, if not earlier. It’s festooned with dozens of telephone, cable TV and electric wires.

The main streetlamp, hung on a finned mast that first became used in a widespread fashion in the 1950s, sports a new Light Emitting Diode streetlamp. These emit bright white light, but without a diffuser bowl, the light is not spread out all that much and so many lights have to be used. 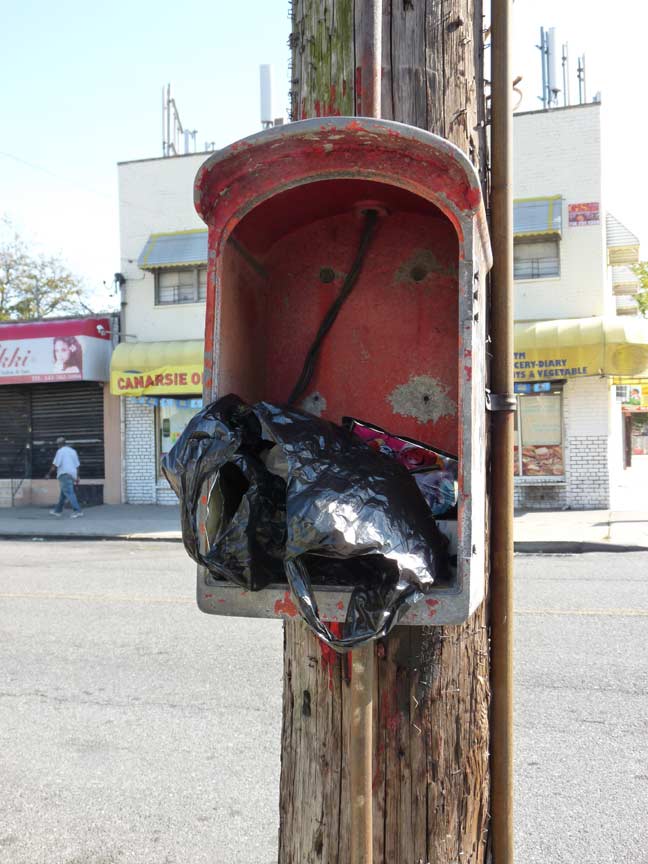 A hollow box, painted red, is affixed to the wooden post. I’m sure most NYC residents recognize this as a decommissioned fire alarm whose mechanism has been removed. In their heyday, these alarms had pull handles that relayed a signal by telegraph to a relay station which would then alert the local firehouse. Many of these alarms have been deactivated, but the city leaves the empty boxes in place; resourceful New Yorkers then use them as garbage recepticles. 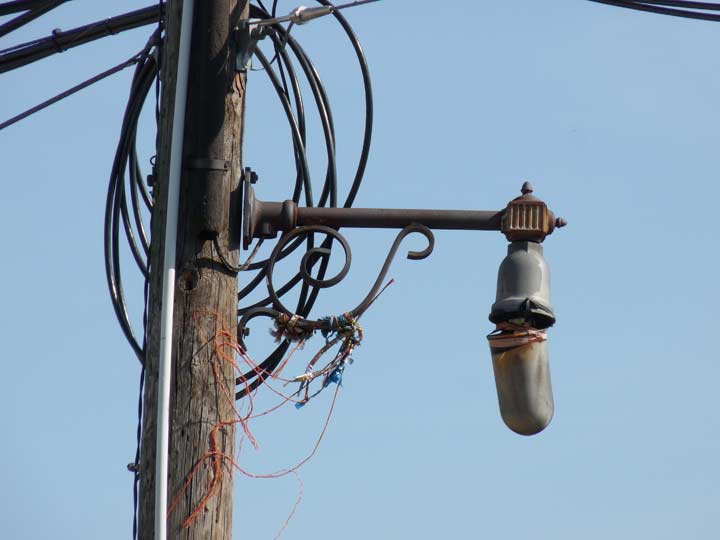 The alarms were accompanied by signal lamps that lit up at night to let the public know about their presence. This is a scrolled iron mast used to hold the signal lamp, which still has its plastic diffuser bulb. This is a somewhat rare version of the scrolled mast — most were produced with a longer mast, but shorter ones like this also turned up here and there. For many years the Department of Transportation routinely changed the lightbulb within when it burned out, but has given up doing that since newer signals have been installed on streetlamp luminaires, including the new LED versions.

Thus, this forlorn post carries on with a new LED signal which will probably be standard for the next 50 years, while the ghosts of other signals and lamps hang on grimly, until the city deigns to remove them (this website entry will no doubt prompt just that).

Our wires were underground when I grew up in Flatbush and we never had a power failure for any reason until the big one in 65…..within my memory

I remember the power failure of 1965. There were some outages in the summer and then the big one came which was widespread.

IT looks like the alarm box may have been one of the thousands that the FDNY disconnected back in the 1990s. For whatever reason the boxes were left in place minus their mechanical guts along with the indicator lamps attached to the nearby lampposts and utility poles. Also it looks like the utility pole is 1950s vintage and is one of the typical wood poles that NYCDOT uses for mounting street lights and traffic signals.