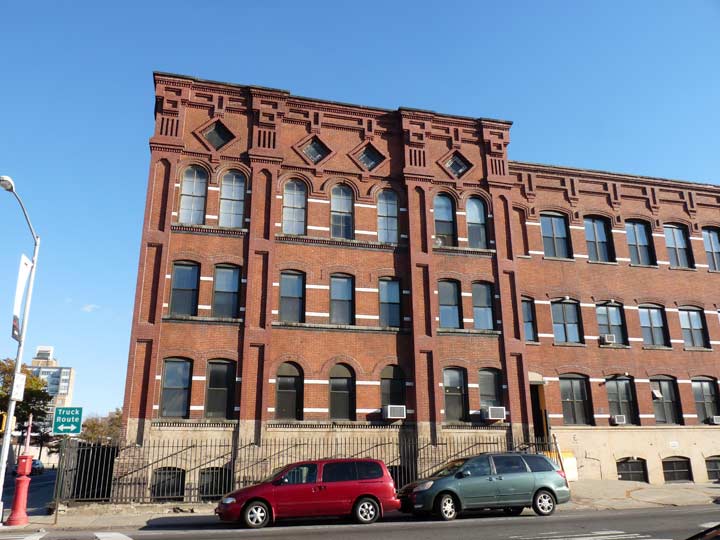 The intersection of 3rd Avenue and 3rd Street in Gowanus on the edge of Park Slope is an unlikely architecture mecca. The former home of the Brooklyn Improvement Company, founded by engineer Edwin Litchfield for the express purpose of dredging the Gowanus Creek, then a fresh stream, and making it vessel-worthy, is still standing at the SW corner and is currently being reconstructed by its current owner, Whole Foods.

At the SE corner is the magnificent brick American Can Company building (above), with its distinctive diamond shaped 4th floor windows with etched glass. After its 1885 construction the original tenant was the Somers Bros. Decorated Tinware Company, but American Can was occupying it by the 1920s. The 5th Street Basin of the Gowanus Canal is situated in the back of the building and it’s likely that both companies utilized the canal to ship and bring in materials.

The building is currently occupied by small businesses but its most intriguing use in recent years has happened on its roof, where the Rooftop Films series has used it as a venue for the past few years.

Gowanus, an area in transition still with its prewar architectural roots, dope building ! 😉