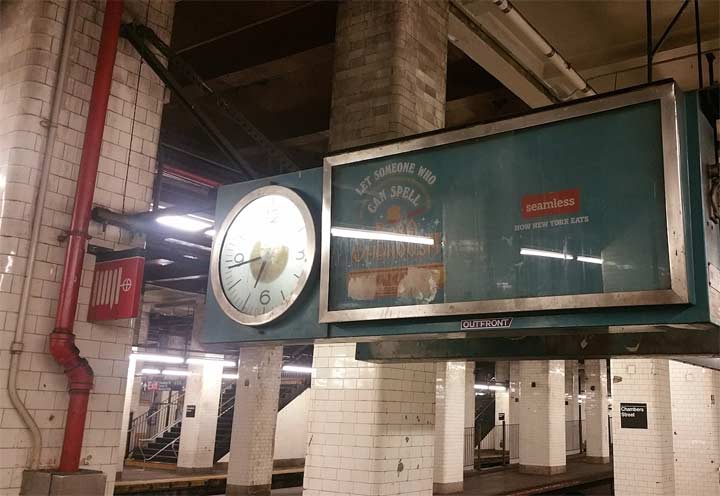 I’d say there are still  a few dozen of these clocks still in use in the subways, especially on the BMT and IND where countdown clocks have not been installed (and won’t be for quite a few years). I wish I had a better view of the clockface so I could see if the manufacturer’s name was there. This one can be found in the Chambers of Horror — the BMT Chambers Street station under City Hall, featuring an abandoned platform that hasn’t seen so much as one broom in decades. Photo: Gary Fonville.

PORT MORRIS TO UPPER EAST SIDE via Randalls Island, Part One

You can also see some at 71st Avenue/Continental.

The Chambers street station has always creeped me out since I was a kid.
Dark and gloomy like a Edgar Allen Poe story.Even the name is Poe-esque

I recently saw a couple of guys repairing the ones at the 86th St. 1 station (which also has ‘countdown clocks’)…