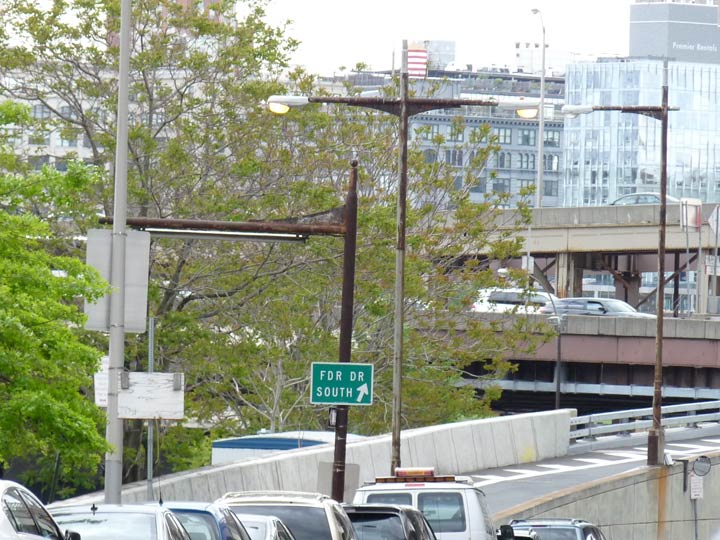 A pair of original 1954 “Whitestone” style iron parkway lampposts are seen here on one of the spaghetti ramps connecting the Franklin D. Roosevelt Drive with the Brooklyn Bridge. The East River (FDR) Drive was first elevated over South Street that year and that’s when these posts were likely installed. Also in the photo is an iron sign stanchion dating from the same era.

Most of the remaining “Whitestone” style posts (named for the bridge on which they originally appeared in the 1930s) have been gradually demolished in NYC over the past decade, though some still pop up here and there. There’s another handful on the Brooklyn side of the Brooklyn Bridge.