You never know how old things actually are. Why, someone looking at me would say I don’t look a day over 57 though, at this writing, I’m actually 58. I was meandering around New Brighton in the late winter or early spring when I encountered one of my favorite building types, a virtually unadorned three-story brick building divided into apartments, with original roof corbelling intact. To me it looked like the kind of building they were doing in the 1890-1910 period for developers who couldn’t afford the excesses of Beaux-Arts. 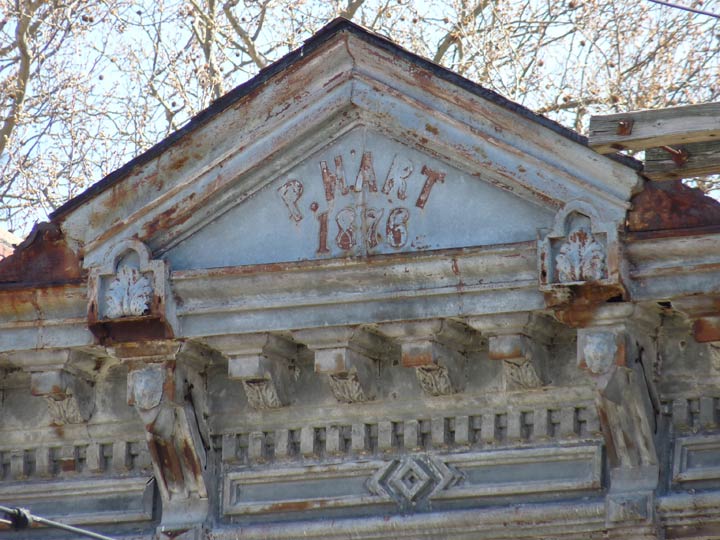 Then I glimpsed one of two pediments on the north and south sides of the building. The one on the south has worn-down, unintelligible script, but the one on the north is just intact enough to make out: “P. Hart, 1876.”

The brick house is much older than I thought and was constructed in the centennial year. I supposed hours of combing through dusty records would reveal who P. Hart was, whether it was a Paul, Peter, Patrick, Philip, Phineas or something else.

But in 2016, I noticed his building and subtle detailing and I was glad it was still there. Persistence and survival are two of the overall inspirations for this Forgotten NY website.