Fort Hamilton is the crown jewel of Bay Ridge, an active fort on the southwest tip of Long Island since it was completed in 1831. It is situated on the Narrows, a strait separating Long Island and Staten Island, and a strategic point for any enemy vessels that would attempt to enter Upper New York Bay and then the island of Manhattan from the south. In the Revolutionary War, British troops invaded Long Island in August 1776 by landing on property near the future fort owned by a Denyse Denyse. Patriots fired on the British warship Asia during the invasion, but it was of little hindrance.

It might be odd to hear that Robert E. Lee, the great general of the Confederacy, was once a major figure in Brooklyn. While still a captain in the US Army in 1839, Lee was given the task of improving armament at Fort Hamilton as well as other forts in the region, and served here until 1846. A major east-west street inside the military reservation is named for him, and he was a vestryman at St. John’s Episcopal (Anglican) Church at Fort Hamilton Parkway and 99th Street. The church is still there, now on its second structure.

Fort Hamilton defended the United States during the Civil War, a conflict that Lee’s conscience led to join the other side. During the war, great advances in military technology were made, a frequent consequence of war. A series of short streets north of the fort in Bay Ridge were named for a trio of military engineers who vastly improved US armament.

Today, Gatling and Dahlgren Places function mainly as service roads of the Gowanus Expressway as it approaches the Verrazano-Narrows Bridge. However, they originated very early in the 20th Century when they were laid out and named for pioneers of weapon technology. 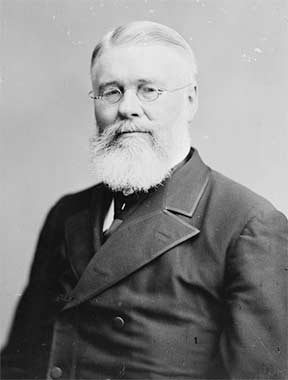 Richard Jordan Gatling (1818-1903) from Como, North Carolina, was interested in invention early, designing a screw propeller for steamboats in 1839, unaware that John Ericsson had beaten him by just a few months. He subsequently developed a rice grilling machine and a wheat drill, revolutionizing the agriculture industry. He then earned a medical degree from Ohio Medical College in 1850, but never practiced. 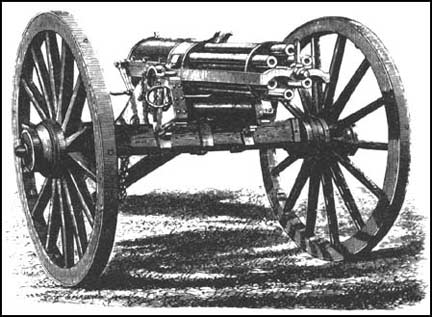 When the Civil War was on the horizon, Gatling turned his attention to the production of firearms. In 1861, he developed the Gatling gun, the first rapid fire weapon and a forerunner of all the machine gun models that have followed it. The Gatling gun, though it needed to be cranked and so was not an automatic weapon, produced a continuous and rapid fire without a frequent need to reload. Modern multi-barrel guns are based in principle upon the Gatling design.

Much more about the Guns of Bay Ridge on this FNY page.

I must have messed up somewhere. kevinjudewalsh@gmail.com

Hi Kevin, your Forgotten New York site is wonderful and I have always greatly appreciated your tremendous efforts on behalf of keeping so many memories of my native Bay Ridge alive!!

Would you, by any chance, have any photos that relate to the old Hamilton Lanes Bowling alley on Fourth Avenue between 87th and 88th Street? It was a basement bowling alley with, I recall, only ten lanes, but, as Webster observed regarding Dartmouth College, there were those, such as myself, who loved it! As a boy of 10-12, (I’ll turn 64 in two weeks), I belonged to a league at Hamilton Lanes. Its sometimes gruff, but essentially kind and helpful staff, created a very pleasant atmosphere. Hamilton Lanes closed sometime in the late 60’s or 70’s and, sadly, all traces of this Bowling alley seem to have been entirely obliterated.

I bowled at Leemark on 88th between 4th and 5th. Also gone long ago…

Wade, Hamilton Lanes was actually on Gelston ave between 86th and 88th st. My father took my brothers and I in the early 60’s. I think it closed down in the mid to late 60’s. We used to hang out in my friends basement on Gelston ave between 88th and 90th st. When the bowling alley closed we took the tables and chairs that they had thrown away and used them for years. Sorry the only pictures I have are locked away in my memory.

Hi Gary, Thank you for your response. I’m sorry to reply to you nearly a year after you made your comment.. I only just now noticed your comment. Hamilton Lanes may possibly have moved from Gelston Avenue to 4th Avenue at some point. I do vaguely remember a Bowling Alley located on Gelston Avenue across the street from the new Fresh Gourmet Store, but I am absolutely certain that the Hamilton Lanes where I bowled in a League for a few years was located on 4th Avenue. It was in the basement of the same building where the remodeled DII Variety store as well as the new Harbor Fitness are now situated. Are you certain that the Bowling Alley you remember was called Hamilton Lanes? Perhaps it went by another name? (Gelston Lanes??) If not, then it must have moved to 4th Avenue. I remember going to the 4th Avenue Hamilton Lanes when I was 12 or 13–about 1965-67.