There haven’t been any putsches at this beer hall of late, and neither have there been any rhapsodies unless you count the light rock soundtrack at the Bohemian Hall, 29-19 24th avenue near the el on 31st Street in Astoria. 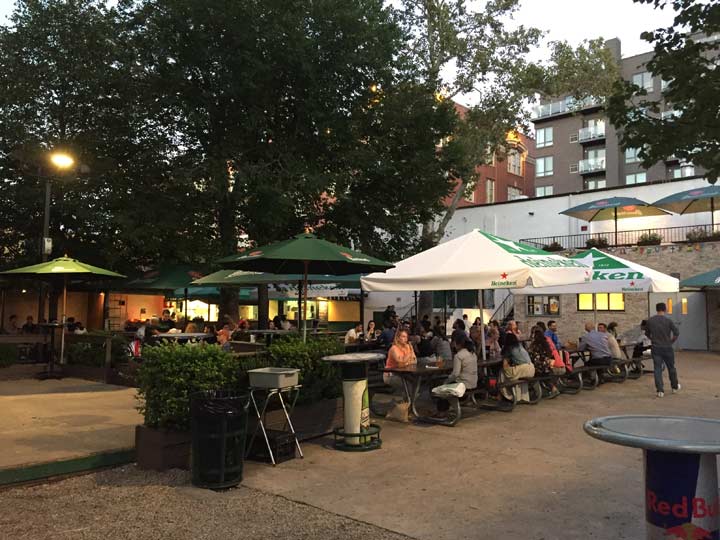 For many Astoria denizens, lazy summer evenings mean downing pitcher after pitcher of pilsner, seated on wooden picnic tables in the concrete beer garden of Bohemian Hall; occasionally oompah European bands perform, but much of the time light rock and leitmotifs play on the loudspeakers. Any embarrassing behavior can’t be viewed past the high brick walls! 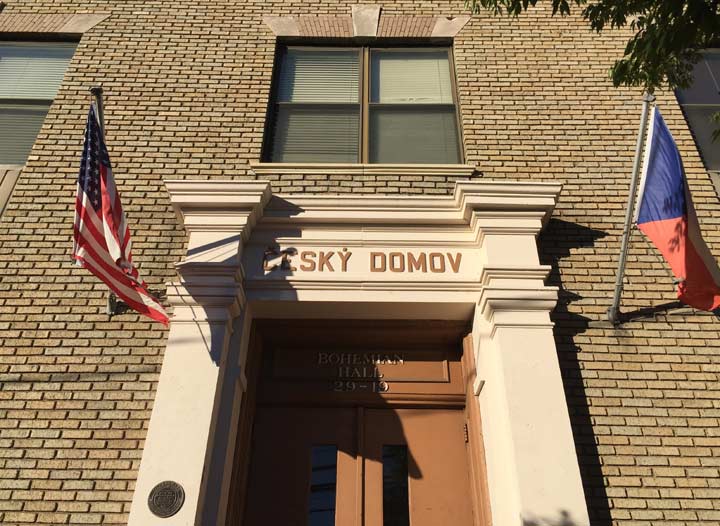 The 24th Avenue institution was opened by the Bohemian Citizens’ Benevolent Society in 1910 and its garden by 1919, when most of Astoria was still meadow and farmland. Its offices, marked with the words “Czech Home,” are still next door.

Until recently, the menu had to be carefully scrutinized, as the large print was in Czech and the small print in English. For several years the beer garden was the last of a once-numerous New York City breed. Flessel’s Tavern in College Point  hung in there till 1997; the Bohemian, thankfully, looks like it will be here for some time yet even as it now competes with new outdoor drinking joints in places like Astoria and Williamsburg.