A number of years ago, I believe it was in 1999, I interviewed for American Ink Maker Magazine. The business, part of the Cygnus magazine organization, was located in a corporate park in Farmingdale in Suffolk County. Frankly, I don’t completely recall how I arrived, then, as now, not driving a car. I believe it involved a LIRR ride to the Farmingdale station and then a shuttle bus. In any case I think I did well at the interview and I think the job could have been mine for the taking, but I didn’t pursue it, given that I would have had to do the same routine to get there and back every day from fabulous Flushing, and I would have had to attend ink conventions and ink manufacturers’ business meetings. In short, I would have had to be very enthusiastic about ink. And I can’t muster up much interest.

A recent bit of internet research reveals that the magazine published between 1981 and 2000, so I would have been cast into the wilds of Farmingdale just a few months after I started, had I taken it. Instead, I wound up in a Park Avenue type shop and later, as a copywriter at Macy’s in 2000, which lasted me a few years.

All this ink recollection brings me to Charles Higgins. 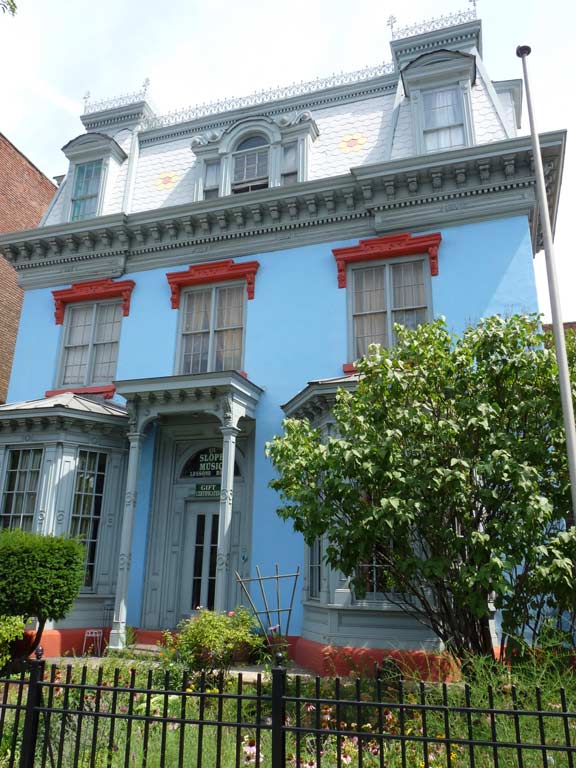 On 9th Street between 4th and 5th Avenues, edging toward Gowanus Canal, stands a magnificent stucco house, a textbook Second Empire style with a slanted mansard roof, moldings, bay windows and best of all, a cupola open on three sides. It’s been the home since 1981 of jazz musician and teacher Charles Sibirsky. When it was built, Park Slope was open country. Charles and his wife Vita have appointed the house with vintage furniture as well as two vintage pianos: a 1920 Steinway Model “O” in the cupola, and a 1913 Steinway Concert Grand in the downstairs living room. The living room features a room separation featuring Civil-war era cut glass, which, Charles claims, was repaired after a recent accident with the original cutting stone he located in Cobble Hill.

This was originally built as the Charles Higgins residence. 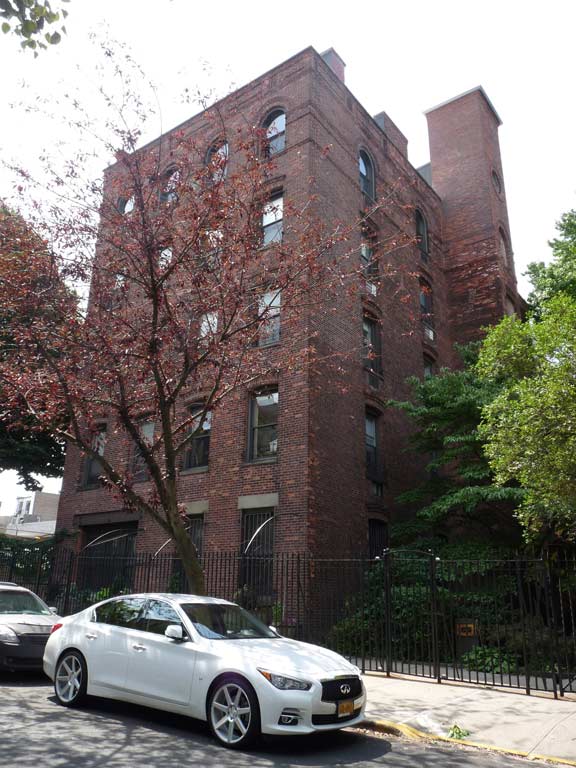 Higgins’ ink factory is still standing on 8th Street and can be directly accessed from his mansion a block to the west on 9th Street. Though Higgins Ink is still a major name in the business, by 1982 the manufacturer had moved out long before, and Con Edison purchased the building and converted it into ten affordable co-op apartments. 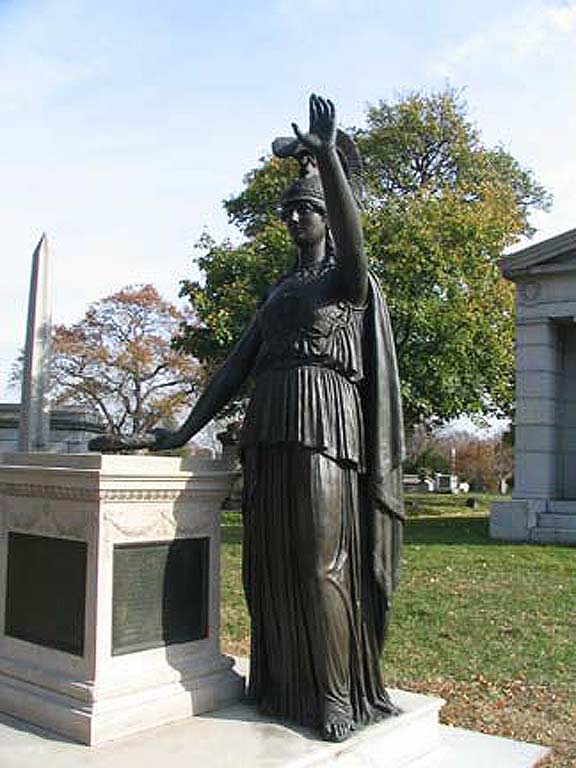 One more Higgins edifice “marks” his Brooklyn presence. His tomb stands on a high hill in western Green-Wood Cemetery near his longtime mansion, accompanied by a statue of Minerva, the Roman goddess of wisdom. 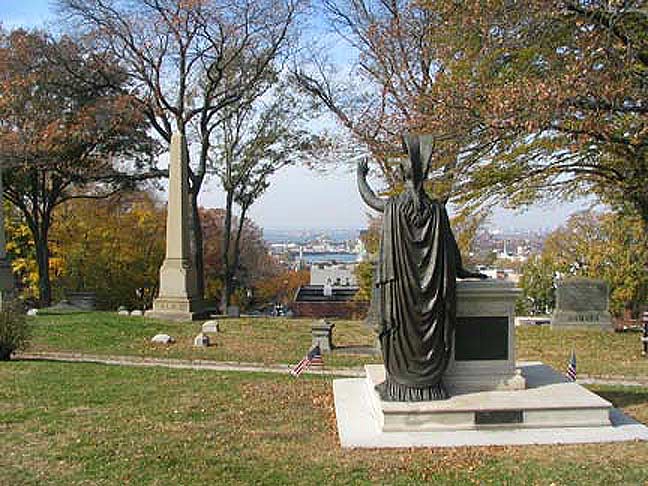 Minerva was constructed with a clear view of the Statue of Liberty in Upper New York Bay, to which she was apparently made to wave with her left hand. To this day there is still a direct view between the two statues, as cemetery trees are pruned to maintain it. However, the view is always in jeopardy from developers who may choose to build towers to block it.

I own 271 9th street, The house was build for William Croynin and was completed in 1850. Higgins bought the house from two owners after that… as far as I can tell through extensive research research.
Vita

My Grandfather William Andrew Coffey was employed by Higgins lnk for many years. He lived on 8th Street with my mother and her step mother and several cousins, all living a short walk to the then working factory. Thank you for the coverage of this special place and time.

Minerva is a fabulous statue and the location makes ones heart skip a beat, at least it did mine! Love this!