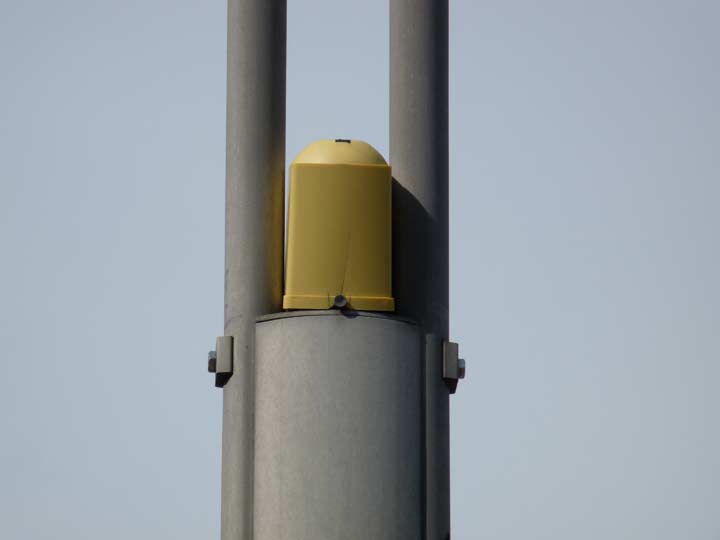 There’s a certain small percentage of FNY readers who will recognize what this is right off the bat. I wouldn’t blame the rest of you, since you’re not lamppost fanatics. It’s actually the fire alarm indicator lamp fixture that was specially designed for Donald Deskey lampposts, which first appeared in Manhattan in 1958 but were installed en masse beginning in the early 1960s. I’ve written about them often.

To this day NYC lampposts carry fire alarm indicator lamps in the vicinity of an alarm. Today, they’re small, red and inconspicuously mounted on top of the streetlamp instead, but they’ve gone through a number of designs: red glass and then orange plastic spheres in which an incandescent bulb shone. These were later changed to cylinder-shaped plastic covers that are still in place in some cases, though the city has stopped servicing them.

Deskey lamps carried two kinds of fire alarm lamps: the old cylinder-shaped fixtures, and these proprietary designs. The Deskey was a fine, modular design, but it didn’t carry either indicator particularly well and both were prone to falling off. You often see them taped in place, or fastened with screws as here, on West 8th Street in Coney Island. 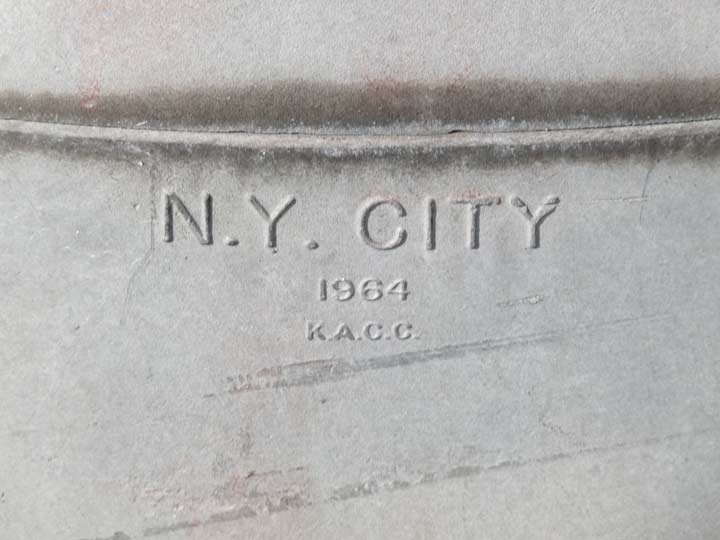 Like other NYC lampposts installed after 1950, the date of installation is emblazoned on the base.

I don’t know what K.A.C.C. stands for. Do you? kevinjudewalsh@gmail.com

I remember these all being over Staten Island in the 90’s when I was a kid. Most of them are gone but some still remain.